A Website of The Centre for Public Legal Education Alberta
You are here: Home / Special Report / 40-6: Students and the Law / A-loan in the Dark
Reading Time: 5 minutes 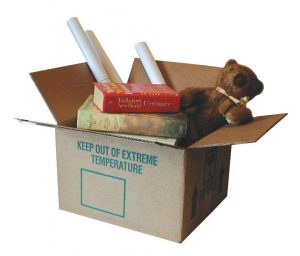 It is 6:59 a.m. on Saturday morning, and you have been sleepily staring at your course registration screen for what seems like hours, with your mouse carefully hovering over the “register” button. Registration starts at 7:00 a.m. and, let’s be honest, university students are essentially vultures when it comes to signing up for classes. The clock changes to 7:00 a.m. and you click with anticipation.

“You may not register for classes due to a hold on your account.”

Students are warned time and again to carefully read every contract and policy, but the reality is that most students will ignore this advice. And out comes that huff and puff of frustration. How did this happen?

Sometimes, it’s due to unpaid tuition or other large fees that are hard to miss. However, it is usually due to small, inconspicuous fines that accumulate on your record.

Remember that unpaid parking ticket that you never bothered to pay off because you didn’t believe the university would actually tow your car? That’s a hold.

Or, remember that library book you returned two days late and never bothered to pay off the $2.09 overdue fee? That’s a hold.

Not registering for a class right on time is a small issue, when you compare it to Amitpal’s situation.

Amitpal worked hard through his four years of undergraduate studies, but he ended up having this conversation with his parents:

“…Oh, I forgot to pay a parking ticket, so I missed the convocation date this year.”

It seems silly, that forgetting to pay a fine or an unpaid parking ticket would lead to delayed convocation. Yet, it happens so often, that many Canadian universities have written it into their policies (yes, you should read that).

Can the university do that? Some may not have the authority to tow your car, depending on the province that you are in, but many Canadian universities will find a way to enforce fines and penalties through their policies.

For example, in the 2009 case of Barbour v UBC, Justice Goepel ruled that the University did not have the power to charge or collect Parking Regulation fines.[1] However,  shortly after, the B.C.  government  passed a retroactive law that permitted UBC to issue and collect the fines.

Unfortunately, Bryce’s landlord considered the wallpaper to be damaging to the walls, because he planned to strip it. Students must therefore be very careful in paying their fees and fines in full to avoid missing registration, convocation, and having their grades withheld.

For students who are from out of province and have to organize on-campus or off-campus housing for the first time, dealing with rent and rental agreements can be very confusing.

Take Bea, for example. As an out-of-province student going into her first year of law school, she thought she had picked the perfect residence (“Res A”). Although it had a communal kitchen to be shared by over 30 students, it was a steal at only $900 per month, including TV, Internet, and utilities.

However, one of the terms that she had overlooked was the length of the agreement. Her program ends in April, but the rental agreement terminates in August, with no subletting option. Suddenly, the $900/month did not seem to be such a great deal after all, considering that she will have to pay $3600 ($900 x 4) over the summer, without even living there.

The communal living situation also became a significant distraction for her studies. Since there was only one kitchen, her roommates had to alternate cooking times, ranging from six a.m to three a.m. While it was an excellent place to socialize, it was not conducive to sleeping or studying.

As midterms were approaching, Bea became concerned with the lack of quiet studying time available to her in the residence. After several meetings with Housing Services at her university, a Residence Assistant notified Bea of a spot in a different, quieter residence (“Res B”). Bea would live in a 2-bedroom unit with Ann (a resident of Res B). Bea was to move during the middle of exams, but was allowed to follow the old contractual terms ($900/month for 12 months).

Unfortunately, Bea and Ann went through the typical “roommate horror story”, resulting from different hygienic habits, schedules, and personalities. It was further exacerbated by exam season, when Bea had to deal with the stress from housing issues, exam issues, interview season, and moot season. She suffered significant mental distress, and needed to return to her home province for treatment. Law school was expensive, so her student loans did not leave her with enough money to cover the $3600 she would have to pay over the summer. In the middle of final exams, Bea had to make weekly appointments with her psychologist and Housing Services to see if there was a way to amend her contract to have it terminated by April, so she could return home.

Luckily, Housing Services notified Bea of a vacated spot at another residence (“Res C”). Unlike Res A and Res B, Res C followed an eight-month agreement, meaning that all rental agreements were to terminate in April. Housing Services was willing to give early termination of Bea’s rental agreement at Res A and B (at the cost of her deposit + one month’s rent), and Bea would be released from further contractual obligations at the end of April. The only caveat would be that Bea would have to move, yet again, in the middle of final exams.

For students who are from out of province and have to organize on-campus or off-campus housing for the first time, dealing with rent and rental agreements can be very confusing.Bea’s experience in first year has taught her two invaluable lessons. First, Bea prioritizes studying, so she should have picked a residence that either had no roommates, or was a quiet residence. Second, Bea’s program is eight months long, so she should have chosen a residence that aligned to that term. Of course, the more criteria a student has, the more difficult it is to find a residence that meets all those criteria.

Another option would be find off-campus housing. However, this can lead to difficulties as well.

Bryce was 25, but had moved out when he was 18. With seven years of renting experience under his belt, he felt he was more familiar with rental contracts than his new landlord. He signed the agreement after giving it a casual skim. Bryce lived happily in his cozy Montreal apartment for two years while he worked towards his Master’s degree, and renewed it for a third year. He decided to install wallpaper in the apartment to brighten it up, and he had done so with no issue in his previous home. Two months later, his landlord called, giving Bryce a month’s notice to move out of the apartment.

The landlord had fallen into financial difficulties and needed to sell the apartment.

Remember that unpaid parking ticket that you never bothered to pay off because you didn’t believe the university would actually tow your car? That’s a hold.Bryce was not worried at the time, because he was given a month’s notice to move out, and with an excellent tenant record, he was certain that he would receive his rental deposit of $2000. Unfortunately, Bryce’s landlord considered the wallpaper to be damaging to the walls, because he planned to strip it. As per their rental agreement, any damage to walls, flooring, or the structure of the apartment would lead to a forfeiture of the rental deposit.

Without the $2000, Bryce could not afford the rental deposit for any other off-campus housing, and it was too late in the year to apply for on-campus housing. As a result, Bryce had to crash at a friend’s basement suite for two months until he could apply for more loans in June.

Students are warned time and again to carefully read every contract and policy, but the reality is that most students will ignore this advice. University is a wonderful experience, but not if you constantly have to worry about legal issues.  Dedicate that extra five-ten minutes of your time to carefully read over the terms of any contract you sign, so that you never, ever, have to appear in a horror story article.

*A special thank you to my friends who gave me permission to write about their stories.