You are here: Home / Special Report / 41-2: The Law in a Challenging Economy / How the Economy Influences Bankruptcy and Vice Versa
Reading Time: 6 minutes 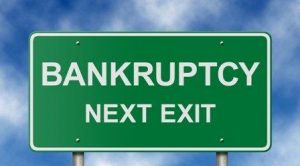 Individuals file for bankruptcy because they are insolvent. Being insolvent means that they owe more than they own, or do not have the ability to repay their debts as they become due. While the underlying factor is debt, what can cause an individual person to become insolvent is often an unexpected life event like a job loss, illness or relationship breakdown.

These personal life events can occur at any time, and as a result there is a base bankruptcy or insolvency rate among Canadians regardless of how well the economy is performing. Over a lifetime, roughly 1 in 6 adult Canadians will declare bankruptcy or a consumer proposal. This rate will vary from time to time, but overall there will always be an underlying level of bankruptcies in the economy.

Much of the growth in household debt in recent years has been driven by mortgage growth. A hot real estate market has resulted in higher home prices and as a result equity values have increased.  The annual consumer insolvency rate in Canada in 2015 was 4.3 persons for every 1,000 Canadians, roughly equivalent to the average rate of insolvency experience in Canada over the past 20 years.  There are, however, significant swings in this rate that roughly follow economic cycles.

Bankruptcy and the unemployment rate

Unsurprisingly, a growth in the overall insolvency rate reflects a corresponding increase in the unemployment rate. We saw this with the recent increase in insolvency filings in Alberta and Saskatchewan.  All oil-dependent provinces, including provinces who sent significant workers to work in the energy-sector in other provinces, saw an increase in bankruptcies as the oil-based economies experienced a downturn.

Having said that, there is not a direct correlation between unemployment and the number of people filing bankruptcy.  To understand this, we once again have to look at the individual level. When individuals lose their jobs, the may initially survive on savings. Eventually that runs out and they turn to credit to make ends meet until they can return to work. Once they find a new job, they now find that their debt levels, old debt combined with new, have risen to an amount that they cannot support on their new pay.  It’s a cycle that for some can only be broken by filing bankruptcy.

It is ironic that when you need credit you cannot get credit, and when you do not need credit it’s fairly free flowing. It is for this reason that we often see the number of bankruptcies continuing to rise, even after the economy improves and people return to work. That is why we saw the insolvency rate in Canada peak at 5.8 per 1000 in 2009, after the financial crisis began and it remained well above normal through 2010.

As we noted at the beginning, the reason people file bankruptcy is because they have more debt than they can repay.  Household and consumer debt levels in Canada have risen steadily over the past two decades. As of June 2016, the average consumer debt-to-income ratio in Canada was 167.63%. In other words, Canadians owed, on average, $1.68 for every dollar of disposable income they earned.  Put in perspective, that number is two times what the rate was in 1990.  The level of consumer debt accumulation relative to income dipped slightly after the financial crisis of 2008 but has risen relatively steadily since then.

The Bank of Canada has started to sound the alarm about the increased risk of household debt to the Canadian economy.  Currently, 8% of households in Canada have a debt-to-income ratio of more than 350% of their gross income.  This is twice the rate that was experienced prior to the 2008 recession.  We know that insolvency rates will rise following an economic downturn and increased unemployment.  What is of concern is the increased percentage of heavily levered consumers now compared with debt levels pre-1998. It is highly likely, given this added stress factor, that the next major economic downturn in Canada will see an insolvency rate much higher than experienced even following the 2008 crash.

..according to the Bank of Canada, Canadians on average are spending more than 14% of their disposable income on debt payments, including principal.  Any slight increase in interest rates will significantly increase this burden. Depending on who you listen to, increased household debt is either a concern or not. Much of the growth in household debt in recent years has been driven by mortgage growth. A hot real estate market has resulted in higher home prices, and as a result, equity values have increased.  However, higher home prices have led to even higher mortgages. A bi-annual study of consumer bankruptcies by my firm, Hoyes Michalos & Associates Inc., consistently shows that a high ratio mortgage is a significant bankruptcy risk factor. The average insolvent homeowner has a mortgage ratio of 90%. Combined with other debt, this becomes a financial burden that cannot be repaid if there is even the slightest change in financial circumstances.

Rapidly rising house prices also have an impact on the types of debt relief options available to debtors. If an insolvent debtor has equity in their home, they are more like to file a consumer proposal.  In a consumer proposal, an insolvent debtor makes a settlement offer to their creditors based, in part, on the equity value that may be lost if they were to file for bankruptcy.  In the event that their home value rises above their other unsecured debt, debt consolidation through a home equity loan becomes a viable option, temporarily reducing the overall insolvency rate. This cycle is, of course, reversed as housing prices fall. Consumers may now find themselves insolvent as their equity will no longer cover all of their debts. Bankruptcies may rise relative to consumer proposals as homeowners walk away from homes that are worth less than their mortgages.  This is exactly the scenario we saw in the United States in 2008.

Much of the growth in household debt in recent years has been driven by mortgage growth. A hot real estate market has resulted in higher home prices and as a result equity values have increased. We have experienced an unprecedented period of low interest rates in Canada, driving much of the growth in consumer credit and mortgage debt. A lower interest rate results in a lower monthly payment, enabling the individual consumer to carry more debt. Again, according to the Bank of Canada, Canadians on average are spending more than 14% of their disposable income on debt payments, including principal.  Any slight increase in interest rates will significantly increase this burden. Consider a mortgage of $500,000 at 2.5% with a 20-year amortization.  That results in a monthly mortgage payment of roughly $2,646.  An increase of just 0.25% increases that payment by $61 per month.  The Canadian Payroll Association recently reported that 40% of Canadians admit to spending an amount equal to all or more of their net pay each week.  Given this, even a slight increase in interest rates is likely to have a dramatic impact on the number of insolvencies in Canada.

The availability of credit

It is ironic that when you need credit you cannot get credit, and when you do not need credit it’s fairly free flowing. That is true not only at the individual level but for the economy as a whole and this is one other economic factor affecting the cycle of consumer bankruptcies.

As of June 2016, the average consumer debt-to-income ratio in Canada was 167.63%. In other words, Canadians owed, on average, $1.68 for every dollar of disposable income they earned.During an economic downturn, as the unemployment rate rises, individuals turn to credit as an alternative means of support. Credit card debt increases, lines of credit usage rates grow, the use of payday loans rises. However, as the cycle worsens, delinquency rates begin to rise. In reaction, banks and financial institutions tighten credit. No longer able to get credit to keep up with existing debt payments, insolvent debtors file for insolvency and the rate of insolvencies increase.

Consumer bankruptcy is a necessary safety valve for Canadian society and the economy as a whole. In fact, the underlying principle behind the Bankruptcy & Insolvency Act is to provide a fresh start for the honest but unfortunate debtor. Without the bankruptcy process designed to extinguish unpayable debt, individuals would not have the opportunity for a fresh start, and it is that fresh start that allows lenders to lend again to previously insolvent debtors. This renewal is part and parcel of the recovery process needed after each negative period in an economic cycle.

J. Douglas Hoyes, B.A., C.A., CPA, CIRP is a Licensed Insolvency Trustee and co-founder of Hoyes, Michalos & Associates Inc. in Ontario, Canada. He is also the host of Debt Free in 30, a weekly podcast about how to handle money and debt.