You are here: Home / Feature Articles / 39-4: Vulnerable Children / One Edmonton Youth in Conflict with the Law: A Case Study
Reading Time: 4 minutes 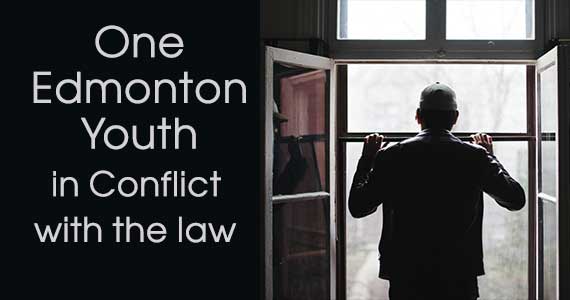 We have all been there at one point in time:  young, insecure, and impressionable.  You would do anything to fit in: wear the right clothes; listen to the proper music; dislike the right people and share the same opinions as all the cool kids.  But what if the cool kids were the RCMP acting as undercover agents to obtain a confession from a teenager suspected of killing two people?

This is precisely what happened in the spring of 2012 during a “Mr. Big” operation where undercover officers coerced a murder confession from a youth under the guise of recruiting him for organized crime activities. Regardless of the fact that the confession contained many factual errors and outright absurdities, the RCMP arrested the teen for the two murders. Barry Boenke and Susan Trudel were found bludgeoned and shot on their property in Strathcona County in 2009.  Two youths were arrested after they were discovered driving the stolen truck belonging to Mr. Boenke.  The charges were stayed in 2011 after a judge excluded an illegally obtained confession from one of the young men.

Despite this exclusion, the RCMP carried on with its attempts to lure the teen into their imaginary gang.  The strategy included supplying the underage foster child with beer, concert and hockey tickets, a PlayStation and a trip to the mountains.

Through the interception of letters, and the monitoring of the teen’s phone calls, the RCMP spent over 200,000 dollars on the undercover operation. These circumstances have raised some moral and ethical questions around whether these types of operations ought to be used when the target suspect is a youth.  Eventually, they received what they set out to accomplish:  the teen confessed to killing Boenke and Trudel.  Regardless of the fact that the confession contained many factual errors and outright absurdities, the RCMP arrested the teen for the two murders.

There are some obvious issues with this approach, the most blatant being that the conduct by the RCMP could be interpreted as abusive.  The teen was a foster child with a poverty stricken upbringing, and a history of sexual abuse.  Some might argue that it was no wonder the boy was so keen to have his “new friends” accept him into their gang.  A lifetime of neglect and exclusion had resulted in a very attention-deprived young man, willing to sacrifice practically anything to be recognized.

These circumstances have raised some moral and ethical questions around whether these types of operations ought to be used when the target suspect is a youth.  The teen’s defence lawyer argued that the case was an example of police entrapment.  This was argued after the teen was found guilty of counseling to commit murder in March 2013.  But by May of the same year, Justice Brian Burrows threw out the confessions the RCMP gathered in their undercover operation.

Ultimately, Justice Burrows determined that the RCMP violated the teen’s Charter rights against self-incrimination. Justice Burrows wrote that using such statements gives rise to the real and serious possibility of abusive conduct by the state, and that the state had a duty to protect the teen, which created a conflict with the enforcement element of the criminal law.(R v. NRR, 2013 ABQB 288 (CanLII)) Worse, the judge also found that the teen’s confession contained exaggerated, inaccurate descriptions of what happened and was not the least bit credible.  The judge acquitted the teen, without even hearing from the defence, because there was no evidence linking the teen to the murders.

Incredibly, the RCMP did not investigate anyone else and has declared that it will not pursue other suspects in the future.  This, in spite of evidence presented at trial that investigators found a bloody handprint and three sets of boot prints belonging to three unidentified people.  The teen’s fingerprints and DNA were not found at the murder scene.

The idea that someone underage could be coerced into a false confession is troubling, to say the least.  Justice Burrows wrote:”permitting the use of the statements made to Mr. Big would give rise to the real and serious possibility of abusive conduct by the state.”  He also wrote that the state had a duty to protect the teen. “As his guardian, the state had a duty to protect which was incompatible with its desire as the enforcer of criminal law to deceive him.”   It was deceit, plain and simple.

The focus of these types of operations must be on ensuring that statements from susceptible people are reliable.  In this case, the RCMP appeared to care more about a conviction than warranting accurate information.  The RCMP should have been aware from the beginning that their main suspect was unreliable from the very fact that the teen’s stories changed each time they were told, and had been proven inaccurate by forensic evidence.

Worst of all for the teen, as the “Mr. Big” operation was unfolding, he was being sexually exploited by someone who had worked at a detention center where the teen was held, and she is now facing criminal charges.

While the excluded confession and acquittal have devastated the families of Boenke and Trudel, the decision of the Court was the correct one.  The need to hold someone responsible for these murders cannot overshadow the importance of compiling evidence properly, and not compromising the Charter rights of anyone in the process, particularly our most vulnerable.

Ultimately, the teen was found guilty of possession of Boenke’s stolen truck and break and enter.  He was sentenced to twelve months probation.