A Website of The Centre for Public Legal Education Alberta
You are here: Home / Feature Articles / 37-2: Elections and the Law / Riding the Election Cycle: The Role of Elections Alberta
Reading Time: 6 minutes 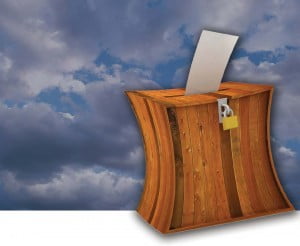 When it comes to election administration, there are always common questions that are asked. Does everyone have an equal opportunity to participate in our democracy? Who is responsible for the elections? What happens in between and after elections? Are election laws respected?

Democracy isn’t something that’s practiced once every four years, it occurs every day in our lives when we make choices. From the representatives that we elect, to the food we decide to consume, the world around us is affected by the way we interact with it when we choose. The Office of the Chief Electoral Officer of Alberta (Elections Alberta) provides the opportunity for all Alberta’s electors to interact with their communities on a provincial level.

Elections Alberta is a non-partisan, non-government agency that facilitates provincial elections, enumerations and plebiscites. We ensure that the election events are open to all those eligible, that all processes are transparent to maintain integrity and public confidence, that events are as accessible as possible, and that laws are communicated and enforced. Our office of sixteen permanent staff supports the Chief Electoral Officer (CEO), O. Brian Fjeldheim, who was appointed by the Lieutenant Governor in Council on the recommendation of the Legislative Assembly of Alberta. Similar to the other independent officers of the Legislature, Elections Alberta does not report to a minister, rather to the Legislative Assembly through an all-party Standing Committee. This reporting process lends to the ‘Independent’ status our office holds. The direction of our office is derived from the interpretation and administration of four pieces of legislation: the Electoral Boundaries Commission Act, the Senatorial Selection Act, the Election Finances and Contributions Disclosure Act, and the Election Act.

The Electoral Boundaries Commission Act is carried out by the Electoral Boundaries Commission (EBC). This Commission is headed by a chairperson, appointed by the Lieutenant Governor in Council, and four members who are appointed by the Speaker of the House. Two of the four who are appointed are recommended by the Premier and two are recommended by the Leader of the Official Opposition in consultation with the other opposition leaders. The method by which the EBC is formed acts as a check and balance to ensure that fair boundaries are set. Its purpose is to draw the electoral boundaries mainly on the basis of population, common community interests, geographic area, natural geographic boundaries, political boundaries such as county lines and city limits, as well as other factors. Boundaries are redistributed approximately every ten years to accommodate voter population shifts. There are now 87 electoral divisions after the 2009/2010 Electoral Boundaries Commission, with one Member of the Legislative Assembly elected to each.

The Election Finances and Contributions Disclosure Act provides direction to political entities and third-party advertisers for registration, financial reporting and disclosure. This Act also prescribes the means for the Chief Electoral Officer to monitor compliance of political entities including political parties, candidates, constituency associations and, most recently, third-party advertisers. Elections Alberta is assigned the responsibility for ensuring filing, examination and public disclosure of financial documents submitted by political parties, constituency associations and candidates. Another large part of the finance regulation is:

It is important to note that we serve in an advisory role, as well as a regulatory one. Assistance is provided to the staff and volunteers involved in the process to assist them in understanding and complying with the legislation. We maintain a Register of political parties, constituency associations, candidates and third party advertisers, and assist groups in forming new political parties.

Our Office is always involved in some stage of election preparation, and election activities are underway on an ongoing basis. The Election Act provides a framework for election activities, as well as a focus for our four-year work cycle between elections. During this cycle, a majority of tasks are dedicated to:

These labours ensure that all Albertans are as prepared and aware as possible in order to participate in the next election.

Currently, we are in the first year of our cycle, the post-election year. It involves clean-up; not just the unpacking, sorting and storing returned election material, but reviewing and assessing all election reporting done by Returning Officers. Recommendations for service improvements are gathered for thorough review to enhance any processes and documentation in need of procedural or legislative changes. Formal reporting of election activities and election campaign financing is another major task that’s undertaken in this timeframe, adding to the transparency of our democratic system.

The second year focuses on planning and preparing for the next election. Feedback collected from the election is prioritized to begin identifying resources requiring amendments, as well as building resources to ensure that legislation meets the changing needs of stakeholders. For example, recent legislative amendments allow for incarcerated electors to vote. To accommodate this change, Elections Alberta created letters of attestation for incarcerated electors to use as identification to prove their identity and residence. This provided better access to their ballot. A similar process was created for homeless electors for the same reason. An amendment to the Election Act in December of 2011 established that general elections would be held between March 1 and May 31. Having a set time frame allowed Returning Officers to establish offices in anticipation of the call of the election. This greatly enhanced the level of service that the Returning Officers were able to deliver to stakeholders as communication lines were installed and supplies were received and distributed earlier.

The third year of preparation is the pre-election year. It is earmarked for building and testing programs and procedures based on the plans developed from the previous year. The building must be done early and quickly to allow adequate time for thorough testing prior to the election. This also allows for development of effective training resources so that we can provide our Returning Officers and all election workers with accurate direction. During this time period, the warehouse is stocked with some of the materials required for the election – ballot paper, ballot boxes, polling place signs, voting screens, signs, forms and much more. This allows enough time for securing the best prices for supplies and ensuring that the packing of election supplies is completed in the warehouse with minimal additional staffing costs.

Year four is the election year, in which we finish stocking the warehouse, complete election shipments for each of the 87 Returning Officer offices, train the Returning Officers, and manage the election process. It’s also the year in which we focus particular attention on updating the Register of Electors. In August of 2011, Returning Officers recruited, trained and supervised over 6,500 enumerators to conduct the door-to-door enumeration of close to 1.5 million residences. This allowed the Register to be updated through direct elector contact province-wide. Over 800 data entry operators updated the Register of Electors for the 2012 Provincial General Election. In addition to personal visits, electors who were not available during the enumeration were able to add or update their personal information to the List of Electors by contacting their Returning Officer or by using the online registration system, Voterlink.

With 3.6 million people in Alberta, of which 2.26 million are eligible electors, we are responsible for a large population of stakeholders. To provide effective services to our stakeholders during the provincial general election and Senate Nominee election, over 17,000 election workers were hired and trained to work at 6,676 polling stations province-wide. There were 429 candidates nominated for the general election. Outreach partners were contacted well in advance of the elections and were notified of key dates and voting methods, which they shared with their members. Partners included groups that serve the military, the disabled communities, First Nations groups, post-secondary institutions, seniors groups, work camps, the homeless, the incarcerated, ethno-cultural communities and new Canadians. Additionally, apartment and condo associations and law enforcement agencies were consulted well in advance to facilitate access to multi-unit dwellings by candidates and campaign workers.

To ensure that all electors were presented with an equal opportunity to participate in a provincial election, there are a number of voting methods available: Advance Poll, Special Ballot, and Mobile Poll. This was the first election where there were no restrictions for voting at the advance poll. Electors could vote in advance for convenience, and did not have to provide a reason, as they did in previous elections. The advance poll turnout was high and more polls were added throughout the three-day poll period. The Special (mail-in) Ballot was available to any elector who was physically incapacitated or absent from their electoral division. These voters were able to vote by writing in the candidate of their choice from the voter’s Electoral Division or a political party. The final option was provided to those in treatment centres and supportive living facilities. Mobile poll teams visited these facilities on polling day to take the vote of in-patients and residents. To effectively serve all electors, polling was offered both in a designated location and through bed to bed service.

There are many thousands of Albertans who assist in the conduct of elections and related events in Alberta. Their support and assistance is essential for providing the opportunity for all of Alberta’s electors to interact with their communities on a provincial level. It is participation, in any capacity, that truly puts democratic principles into action. Whether it be to vote as an elector, work the election, or run as a candidate, the choice to participate remains yours.