A Website of The Centre for Public Legal Education Alberta
You are here: Home / Special Report / 40-6: Students and the Law / Taxation for Students
Reading Time: 6 minutes 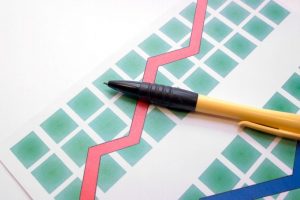 Going to university can be a big change for a lot of students. They are finally adults, they might move away and there are a lot more responsibilities. One of these responsibilities that might seem a bit muddy is filing a personal tax return.

If all of the tuition, education and textbook credits claimed in a year are not used, there are two available options. There are free tax clinics put on by university or college  tax clubs.  Some companies will also travel to  schools and provide tax services for free. Students should pay attention around February and March for notices regarding these services at their schools. CRA also has a program called the Community Volunteer Income Tax Program that works with community organizations to put on tax preparation clinics where students and other low-income people with simple tax returns can get their returns prepared.

Usually students’ tax returns are fairly simple – there isn’t a lot going on in them as students are focused on school throughout the year. The following are some items that would typically be expected on a college/university student’s return (the list is not comprehensive, but is a good starting point).

What to do With Extra Credits?

Often, students have limited income, and don’t need all of their credits to eliminate their own taxes payable.  If all of the tuition, education and textbook credits claimed in a year are not used, there are two available options. The first is that they can be transferred to a spouse or common-law partner, or to the student’s parents or grandparents, or even the parents or grandparents of the student’s spouse or common-law partner. To facilitate this transfer there is a section on the T2202A that must be filled in and signed by the student which should be held by the person receiving the transfer in case CRA asks for a copy. The maximum amount that can be transferred is $5,000, less the amount required to reduce the student’s own tax payable.  The order in which credits are claimed is set by income tax law, so the education credits must sometimes be used by the student in priority to other credits.

There are free tax clinics put on by university or college’s tax clubs.  Some companies will also travel to  schools and provide tax services for free. Students should pay attention around February and March for notices regarding these services at their schools. The other option is to carry forward the remaining balance, including those exceeding the transferable amounts. Education and tuition amounts must be used to the extent possible in the current year. However, during school when most students’ incomes are summer jobs, they end up having a balance that isn’t used at the year-end (even if some is transferred). Any unused portions of the tuition credit for the year will be carried forward indefinitely until it can be used.

What Educational Institutions Are Eligible?

The following is a list of the types of institutions that offer education eligible for the tuition credit:

The 2016 Federal Budget had some significant changes for students. The Government  of Canada has pledged to increase the funding for the Canada Student Grant by 50% for both full and part-time students. It has made changes to loan repayment regulations so that students do not have to repay their Canada Student Loans until they are making at least $25,000 per year, which allows them some time to get on their feet after university.

Many students  think that because they won’t owe any tax they don’t have to file a return. However, by doing so, they could be missing out on a great deal of credits and benefits.  It is important to keep all the tax slips received and to have records of all receipts for the above listed deductions and credits. Because they move frequently, students have an abnormally high incidence of slips that do not arrive in the mail, and as part-time jobs can be fairly short-lived, many students have multiple slips for such employment. Therefore, it might be useful to register for “My Account” with CRA, which allows a user to view and download income slips filed with CRA. This will ensure that no slips are missed when filing.

Filing a tax return can be a new and daunting experience for students, but it is worth it to take advantage of things like the GST/HST credit as well as the tuition carry forward amounts, and to claim any refund owed.  And, of course, they will need to file when they graduate and put that education to use in the workforce.