A Website of The Centre for Public Legal Education Alberta
You are here: Home / Special Report / 42-3: Tax Reform / The Politicized Complexity of the Canadian Income Tax Act
Reading Time: 4 minutes 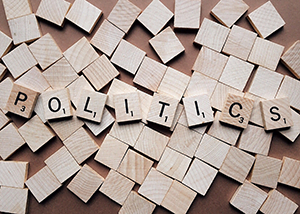 An effective tax system in theory operates with objectivity in a fair, transparent and simple manner, and is used to maintain government expenditures to support and stimulate the economy. Unfortunately, this has never been the case in Canada. Since the introduction of the tax system in 1917, there has been an elaborate evolution that has led us to extreme national debt levels and a complex tax system. The introduction of tax changes and tax credits has historically been a politically charged strategy used by government to sway voters. In particular, “boutique” tax credits are used to target very specific groups of citizens. These are tax credits that apply to small segments of the population and therefore have minimal overall tax implications individually. As more of these measures are introduced, the tax system becomes more complex and, in turn, more difficult for government administration to maintain.

Politicians continue to use boutique tax credits because of the inherent political value in providing tax breaks to groups that provide support in return.Tax exemptions, deductions, and credits have become extremely prevalent in the Canadian tax system.  As of 2015, there were 182 exemptions, deductions, and credits combined across personal taxes, corporate taxes and GST. The accumulation of benefits to taxpayers has been extremely high with a reduction in potential taxes to the government of over 50%. This includes the major tax benefits and more minor targeted credits that complicate the system. Major tax benefits are widely used and benefit Canadians as a whole. Boutique tax credits are much more specific and benefit only certain Canadians. They are often used to gain popularity. The question to ask really comes down to:

Are boutique tax credits that are targeted to specific groups effective?

In order to determine the effectiveness of a tax credit, the following criteria could be used:

However, even with an in-depth review of these criteria, it is difficult to assess the impact of the tax credits because there are factors to consider other than direct government revenues and costs associated with each different credit. The effectiveness is derived from the political perspective or influence and, in large, it is one of the major reasons that boutique tax credits are used and publicized in such a positive light.

As of 2015, there were 182 exemptions, deductions, and credits combined across personal taxes, corporate taxes and GST.Politicians continue to use boutique tax credits because of the inherent political value in providing tax breaks to groups that provide support in return. On the face of it, these tax breaks help the taxpayers of Canada gain an extra deduction. When we look further in depth, however, continuing to add, alter, and subtract tax credits may actually be detrimental to the tax system. The additional complexity due to constant changes creates greater difficulty in filing taxes and administration issues with the Canada Revenue Agency (the “CRA”). This complexity also creates more inefficiency and difficulty for Canadians who deal with the CRA when filings are put into review. Added confusion increases costs that lead to a further reduction in net tax revenues to the government. Therefore, even though constant changes to boutique tax credits are appealing to politicians to gain popularity, they may be detrimental the tax system in the long run.

There are certain major tax credits that are extremely popular and any changes to them would essentially be political suicide. These include RRSP benefits, the partial capital gains inclusion and the principal residence exemption. The most recent example being used by Prime Minister Justin Trudeau and the Liberal party is a credit that provides teachers a tax break for purchasing school supplies. This initiative provides an opportunity for the Liberal government to focus on the positive work that teachers do and show support to educational growth within Canada. There is nothing wrong with this intention, but when we delve further there are other questions to consider:

Similar issues arise with most boutique tax credits such as those targeting the use of public transportation, volunteer firefighters, tradespeople, parents with children involved in fitness or arts activities, individuals involved in home renovation, middle income families with the ability to claim a family tax cut in prior years. The list goes on and on and there is a constant inflow and outflow of these boutique tax credits that continue to play an integral role in the tax system. Arguably, these credits do not allow for an efficient system that is able to maintain objectivity in a fair, transparent, and simple manner.

The politicization of tax law and the use of boutique tax credits are not going to change overnight or potentially ever.  As a citizen of Canada and a taxpayer, it is important to have the ability to look beyond the face value of these designer credits. It is important to understand the overall implications that government policies have on the nation to encourage greater emphasis on certain changes, rather than segregating the country into groups for political reasons.