You are here: Home / Special Report / 38-1: Proclamation of 1763 / The Royal Proclamation and its Approach to Competing Cultures
Reading Time: 5 minutes 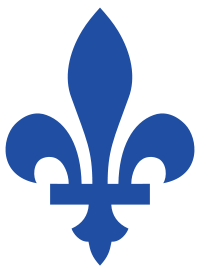 The October 7, 1763 Royal Proclamation, as its 250th anniversary approaches, is justifiably hailed as the genesis of first peoples’ singular, identified status within the Canadian constitutional structure. That core thesis, and the substantive provisions with respect to protection of first peoples’ lands, despite a frequently perilous history, endure to the present day, and likely are more robust than has ever been the case in the past.

The Proclamation also dealt, of course, with Quebec, by then a cultural and political reality of more than two centuries’ standing. The Proclamation’s approach to this other cornerstone of the Canadian federation was decidedly different, and has experienced a different evolutionary history. “The several Nations or Tribes of Indians with whom We are connected, and who live under our Protection” were readily acknowledged to be of strategic importance, and thus were accorded a specific recognition and protection. On the other hand, Quebec (geographically defined, as roughly, the St. Lawrence River Valley) was generically lumped in with East Florida, West Florida, and Grenada, as a jurisdiction, for the interim, to have “Enjoyment of the Benefit of the laws of our Realm of England”. It was ultimately destined for a governance structure in a model like that of the American colonies, with a legal framework “as near as may be agreeable to the Laws of England”.

The Proclamation also dealt, of course, with Quebec, by then a cultural and political reality of more than two centuries’ standing.

The Proclamation, dealing ostensibly with Quebec only as an undifferentiated geographic entity, must be read against a profoundly significant subtext: the August 13, 1763 commission to James Murray as Governor of Quebec, and, in particular, the instructions to him. Murray was enjoined to not overtly oppose Roman Catholicism (thus hewing to the letter, if not the spirit, of the Treaty of Paris), but to implement the “Test Oath”, thus effectively barring Roman Catholics from public service office; and to promote conversion to the Church of England. The jurisdiction of Rome over the Roman Catholic Church of Quebec was abrogated, and French Canadian subjects were to be required to take an oath of loyalty to the English Crown, failing which they would be banished. So, in combination with the sweeping away of French civil and criminal law, two primary elements of Quebec as a distinct society and culture were subjected to direct, immediate attack.

Thus, we can observe that the multicultural significance of the Proclamation and its context, insofar as it related to Quebec, was that the incoming sovereign recognized their unique aspects implicitly, in the effort to abrogate them. As reflected in the instructions to Governor Murray, it was the expectation that there would be a rapid substantial influx of English immigrants into Quebec, and that the French population would recognize the superiority of English institutions and readily embrace them. These two factors would lead to rapid assimilation of the French population, and dilution of their cultural and societal identity. Thus, the Proclamation, in and of itself, as it related to the Quebec French population, cannot be regarded as a seminal event in the history of Canadian multiculturalism, at least in terms of the values and intent it expresses. French law, language, culture and religion were recognized, but largely as decidedly inconvenient, hopefully short-term, realities, to be briskly overcome in the interests of facilitating Quebec’s development as a proper British colony, just like all the rest of the British North American possessions.

However, the implementation – or, more properly, the lack of same – of the British Crown’s objectives as expressed in the Proclamation, and in the instructions to Governor Murray, and his successor (from 1768),  Guy Carleton – profoundly informed the subsequent development of Canadian multiculturalism.

Successive British reports (Solicitor General Wedderburn, 1772; Advocate General Marriott, 1774) were in nearly diametric opposition in their recommendations.  Marriott unhelpfully referred to the French inhabitants as indolent and ignorant, and sought (rather indolently and ignorantly, it would seem, given the post-Proclamation experience to that point) to again prop up the now-spectral assimilation plan. More realistic views prevailed. The partial reset reflected in the 1774 Quebec Act bowed to the inevitable: restrictions on the practice of Catholicism and the liabilities attaching to such practice were reduced, and the thorny issue of representative government was deferred, largely by being ignored. The French were, for the most part, mollified. Their cultural distinction had been accorded a recognition which, if grudging, was nonetheless amplified and taking on some modest trappings of permanence; and the stage was set for yet another seismic change to the Quebec politico-cultural landscape. Great upheavals were afoot to the South.

The thirteen American colonies declared independence on July 4th, 1776, and they sought to enlist the inhabitants of Quebec. The latter opted for the devil they knew, having deep reservations about their prospects in this new, turbulent embryonic nation, and declined the invitation. The short-term aftermath of the American Revolution led to the wave of British immigration that other processes had not produced. The United Empire Loyalists, now decidedly unwelcome in the American colonies, flooded into Quebec, bringing with them a new critical mass in terms of numbers, and much more insistent expectations of representative government. This led, inevitably and relatively rapidly, to the 1791 Constitutional Act and the division of Quebec into Upper Canada and Lower Canada. The geography was largely determined by the settlement patterns of the respective cultures, and that rough congruence of territory with culture has fundamentally defined the development of the Canadian federation.

Brian Lannan is employed by the Government of Nunavut, based in Iqaluit.