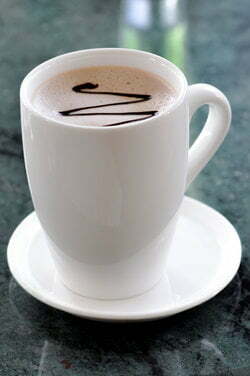 Last week a Craigslist post made the rounds of my social circle in Vancouver. It advertised an exciting opportunity for a peppy, earnest young person to become a “Barista Intern”, to learn to handle, and I quote, “thirst and hunger requirements.” Needless to say, it was torn apart and taken down not long after.

It may or may not have been a joke (please let it be a joke). If the ad was sincere, it’s concerning for obvious reasons. If it was a joke, it’s concerning because it’s not that far off. A few months before barista-gate, an ad floated around for a bussing internship at a restaurant, a great chance to “learn the fast-paced world of cuisine.” Unpaid, of course.

I’ve done, and thoroughly enjoyed, two internships in publishing. Although both were unpaid, they delivered on everything they promised. Sure, I had to take out garbage and copy and paste mailing lists, but I also learned the inner workings of a magazine and I got to see my work in print. I interviewed interesting people, attended exclusive events, and collected a surprising amount of free alcohol. Of course a cash-strapped organization is going to take advantage of free labour. The difference is in the ones who are honest about what an intern can expect, and those who dangle mirage incentives in front of young workers to squeeze the most out of them.  In both cases it was clear pretty much from day one that neither magazine was going to hire me. Not because I wasn’t fit for the job, simply because they didn’t have the money (or at least that’s what I tell myself). While I was never hired on as staff, I did receive freelance assignments from both publications post-internship.

I was able to accept two internships because I’m exceptionally lucky; I have two supportive parents who helped me through the unpaid days. That’s rare, and it’s where the question of internships becomes particularly troubling. It pushes success from an issue of merit to one of privilege as well.

Many people simply can’t afford an internship. They can’t cover rent in the large, expensive cities where internships are typically offered, while working full-time without pay. It seems unreasonable that it has become the expectation that graduates, after four years of intensive education in their craft, must work another year or two for free to prove themselves. It adds to the already staggering financial burden of freshly-graduated students wrestling with heavy debt. It skews the odds towards upper middle class, and probably white, applicants.

Financials aside, there’s also the mental aspect. When you’re trudging home in the dark and cold of a mid-winter evening, picking up a box of KD or ramen for dinner, it’s tough to feel like success is right around the corner. You begin to wonder if your work, and all the time and effort you’ve put into improving it, holds any value, to anyone, at all.

From my experience talking with friends, that doesn’t seem to be the case in other industries. In sectors like finance and engineering, internships are paid, often well, and a job is usually more or less assured, barring any catastrophic screw ups. Sure, those industries are throwing around more money in general, but in light of that it doesn’t seem unfair for publishing interns to receive, at the very least, minimum wage.

It’s easy to blame the companies, even if you can understand their point. Of course a cash-strapped organization is going to take advantage of free labour. When you’re trudging home in the dark and cold of a mid-winter evening, picking up a box of KD or ramen for dinner, it’s tough to feel like success is right around the corner.  The difference is in the ones who are honest about what an intern can expect, and those who dangle mirage incentives in front of young workers to squeeze the most out of them. The implications of that exploitation are starting to show. Last year an Edmonton intern died after falling asleep at the wheel, driving home after an all-night shift he was forced to work by the radio station where he interned, under threat of having his college credit denied. In April 2013 tech startup Hootsuite had to backpay its current and former interns and afterwards nixed the practice of unpaid internships.

These days I’m working as a freelancer, but I’m hardly out of the woods yet. I’ve adopted a staunch policy of politely declining all internship offers, despite fielding several. I’ve had a magazine ask me to work free of charge for a month, at which point they would backpay me based on their assessment of my performance. During my second internship I was offered a paid staff job by a publication I freelanced for on the side. Not wanting to leave my internship halfway, we agreed I would come back in two months and discuss the job. When I returned the salaried staff gig had been downgraded to a four-month summer internship with a $200 stipend (not monthly – $200 for the entire summer). It was all mine, they said, if their first choice applicant decided to turn it down.

It’s beyond frustrating when companies so obviously try and snatch work for free, especially through guilt-tripping (you owe us!), fear mongering (you’re a nobody, who’d hire you?), or empty promises (future work!). I’ve found that, at a certain point, it comes down to making a mental switch. I’m no longer an intern, I’m a working professional (even if it doesn’t always feel that way). The best way to break the doom cycle of internships before I hit 40, it seems, is to refuse to take part at all.

Grady Mitchell is a freelance writer and photographer living in Vancouver, BC.