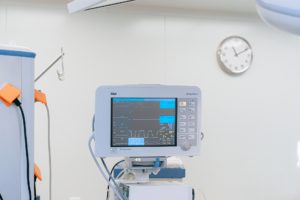 Many of these deaths could be prevented if people signed their organ donor registration cards. And even though the vast majority of Canadians support organ donation, less than 23 per cent have made plans to donate.

With one organ donor having the potential to benefit more than 75 people and save up to eight lives, is there a way to encourage more people to sign an organ donor card? Our research reveals there is.

Behavioural science tells us that there are some key psychological barriers that prevent people from becoming organ donors, including what’s known as the status quo bias — meaning we tend to stick with the status quo, or current state of affairs, even when making a change would better align with our personal beliefs and goals.

Developing interventions to overcome these barriers has the potential to close the gap between the 81 per cent of Canadians who indicate they’re willing to donate their organs after death and the mere 23 per cent who are registered.

In fact, during an eight-week trial conducted with the Ontario government at one Service Ontario centre, such interventions led to a dramatic increase in organ donor registrations.

Those who haven’t given the idea much thought are sometimes caught off guard by the question of whether they want to donate their organs after death. And when people are asked to make a decision that they don’t feel they’ve put adequate time and effort into considering, they choose not to decide. They put it off.

In many jurisdictions, the decision to donate organs happens most often when people renew their driver’s licences or health cards. In Ontario, for example, 85 per cent of organ donor registrations occur at Service Ontario centres via a prompted-consent system. Customer service representatives ask if people are willing to register to be an organ donor.

To improve the process at Service Ontario centres and avoid surprising people with the question, a number of interventions were tested, from simplifying the organ donor registration form to providing the form earlier in the process and giving key information at optimal points in time.

Such “nudge” statements are designed to motivate people to take action while maintaining their freedom of choice. These nudge statements helped people imagine themselves in the position of someone needing a transplant.

The most successful changes from this Ontario pilot project led to a 143 per cent increase in organ donor registrations. If rates were to rise similarly across the province, the Ontario government estimates it could increase organ donor registrants by more than 450,000 a year — up from the current number of approximately 200,000.

The drawbacks of presumed consent

Additional methods of increasing organ donor registrations have also been investigated in some jurisdictions. Presumed consent is one example — a system whereby individuals are automatically registered as donors unless they explicitly opt out.

While there’s been some indication that countries with presumed consent have 60 per cent more of the population registered, there is also evidence that it may be ineffective. Chile saw a decrease in organ donations when it implemented the system, as did France and Brazil.

Part of the reason for the decline is that families have the last word. When you make the decision to become an organ donor, often your family is aware of your intent. But when the government assumes you want to donate your organs without your explicit consent, your family may overturn the decision after your death.

For these reasons it will be interesting to see the impact of Nova Scotia’s decision.

Meanwhile in Ontario, many of the insights uncovered by the pilot project conducted with Ontario’s Behavioural Insights Unit —including the nudge statements — are now used on Ontario’s organ and tissue donor registration consent form, and data is being collected to determine how things have improved.

It’s a great example of how the government is using evidence-based decision-making to better serve its citizens, and how research into consumer behaviour can benefit society.

This article first appeared in The Conversation on May 1, 2019 and is reprinted with permission.

Nicole Robitaille is an Assistant Professor of Marketing at Queen's University, Ontario. She conducted this research with Nina Mazar, Claire Tsai and Elizabeth Hardy in partnership with the the Ontario Government’s Behavioural Insights Unit and the Behavioural Economics in Action research centre at the Rotman School of Management (BEAR).