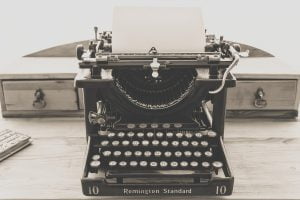 Studying the law, exactly as it is written, is one approach to understanding it. However, this approach creates as least as many issues as it clarifies. It requires us to ask the question: how do words, removed from their factual, historical, and socio-legal context, become a body of rules that affects our lives on a daily basis?

This question is a hotly debated topic within the legal profession. On one hand, taking the law exactly as it is written, also known as a “black-letter” approach to law, provides clarity and consistency within our society. On the other hand, the black-letter study of law also encourages rigidity and forces a black-and-white approach upon situations in which there is an expansive grey area. This article will consider both the benefits and the drawbacks of a black-letter approach to law in order to examine its value in an age of increasing diversity.

What is Black-Letter Law?

Black-letter law refers to the concept that rules are generally well-known and free from doubt or dispute. Black-letter law is related to the more colloquial term, “letter-of-the-law,” which refers to a court taking a literal approach to reading the law. However, the “spirit-of-the-law” is the opposite approach. It refers to a broader reading of the law in light of policy and contextual considerations.

A legal system that does not rely, at least in part, on a black-letter approach diminishes the ability of citizens to predict the outcome of a trial and to know whether their actions are within the limits of legality.

Black-letter law condenses the vast body of case law found within common law societies into reusable rules. Typically, these rules can be applied to any set of relevant facts to form a consistent outcome. For example, black-letter law may include the standard elements of a contract (offer, acceptance, and performance) or the technical definition of murder (the unlawful killing of a human being with malice). Legal disciplines that tend to most rely on black-letter law include contract, tort, and property law.

A Brief History of Black-Letter Law

The concept of black-letter law arose from the practice of setting law books and writing legal precedent in Gothic black-letter type. This was a tradition that survived the switch to Roman and italic text for all other printed works. English law retained the bold, black Gothic font because it had come to symbolize the law of England itself. It was not until the mid-nineteenth century that the legal profession began to use Roman letters. This was not merely a change in fashion, but rather an attempt to improve access to the law for the average person.

Pros to the Black-Letter Approach to Law

Although there has been much scholarly criticism involving the black-letter approach to law, for the average person, it provides many benefits. For the Canadian legal system to work as effectively and efficiently as possible, there must be margins in which the law operates. A black-letter approach to law restricts an otherwise infinite number of outcomes and possibilities. This approach aligns well with a variety of values and principles promoted by Canadian law.

The concept of black-letter law arose from the practice of setting law books and writing legal precedent in Gothic black-letter type. One example of such a value is that laws should be certain enough that their legal implications are foreseeable. While it sounds ideal, this value is difficult to attain within a common-law legal system. In certain areas of law, such as Canadian criminal law, the government has codified the laws and removed, at least for the most part, common-law crimes. Therefore, the court cannot retroactively punish a person for doing something that was not outlined in the Criminal Code at the time she committed the crime. However, in many other areas of law, the common law rules in creation of law alongside statute. A legal system that does not rely, at least in part, on a black-letter approach diminishes the ability of citizens to predict the outcome of a trial and to know whether their actions are within the limits of legality.

Cons to the Black-Letter Approach to Law

Proponents of alternative approaches to black-letter analysis tend to favour greater activism in legal interpretation. Judges who take this stance often decide cases in order to further a political, social or moral agenda. Here, judges take a more active role in making law instead of just mechanically applying rules to facts. These types of judgments are often extremely controversial. Many individuals believe that the law and politics are wholly separate issues.

A black-letter approach to law restricts an otherwise infinite number of outcomes and possibilities.Nonetheless, there are also many benefits to a contextual, “spirit-of-the-law” approach to the analysis of law. First, if judges take a broad, contextual analysis, there is a stronger system of checks and balances on government. One of the most important checks and balances on government is the judiciary’s ability to strike down laws that are unconstitutional, allowing them to adapt to changing times. Changes of this nature would not be possible under a strict black-letter approach.

Second, contextual approaches add value to judgments in ways that black-letter approaches cannot. Each case has its own unique set of facts that courts cannot always perfectly fit into a list of rules, some of which were created hundreds of years ago. In addition, it is important to address changing social conditions. In general, the common law can account for many of these changes within established rules. But there are also times in which extremely well-entrenched past laws directly conflict with society’s new values.

The Future of Black-Letter Law

Black-letter law refers to the concept that rules are generally well-known and free from doubt or dispute.Over 100 years ago, two of the most distinguished men in common-law history predicted a movement away from black-letter law. Oliver Wendell Holmes, Jr. stated, “for the rational study of the law, the black-letter man [i.e. master of the case-law as written] may be the man of the present, but the man of the future is the man of statistics.” Judge Learned Hand reaffirmed Holmes’ claim, stating, “it is as important to a judge called upon to pass on a question of […] law, to have at least a bowing acquaintance with Acton and Maitland, with Thucydides, Gibbon, and Carlyle, with Homer, Dante, Shakespeare and Milton, with Machiavelli, Montaigne and Rabelais, with Plato, Bacon, Hume, and Kant, as with the books which have been specifically written on the subject.”

A century later, in an age of increasing diversity, blurred boundaries, and shifting social values, application of the black-letter approach to legal analysis is still being debated. Accurate knowledge of black-letter law is, at the very least, essential for the success of future lawyers because it provides a foundation for a much more complex and critical framework of legal analysis.

Leela Wright is a law student at the University of Alberta in Edmonton, Alberta. This article was produced during her time as a summer student with Parlee McLaw LLP.