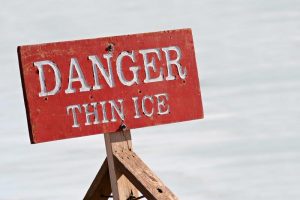 On June 8, 2016, the Court of Queen’s Bench of Alberta released a 60-page ruling in the cases of Kent v. Martin,  and Kent v. Postmedia, awarding $150,000 in general damages for the print publication of a defamatory article, and a further $50,000 for continuing online publication. Costs of the legal proceedings remain to be determined.

This decision provides a thorough overview of defamation law related to media publications in Canada, and represents the most current application of the defence of Responsible Communication on Matters of Public Interest established by the Supreme Court of Canada in Grant v. Torstar Corp.

That defence provides that, even if the statements made or comments published defame the Plaintiff, if the matter communicated about is of public interest and the defendant acted responsibly with proper diligence, defamatory statements will not attract liability.

Background
The Court found that the defendants’ level of diligence fell far short of what was required in the circumstances and found the article to be defamatory.Arthur Kent is an Emmy Award winning journalist and documentary film producer who rose to fame during the Gulf War, earning himself the nickname the “Scud Stud”. After an extensive career reporting around the world, Mr. Kent returned to his home province of Alberta to run as a candidate for the Progressive Conservatives in the 2008 provincial election.

During the course of his election campaign, on February 12, 2008, the Calgary Herald, Edmonton Journal, and National Post published, in print, an article written by Don Martin which contained serious factual errors related to his campaign and which also heavily impugned Mr. Kent’s character. Although some parts of the article contained opinion, it was published on the “Top News” page. The article was also published on the defendants’ many websites and was available for viewing for nearly five years until Mr. Kent achieved its removal from those websites in November 2012.

After the initial publication, Mr. Kent pointed out errors in the article and asked the news organization to publish his written response, but it refused. Publishing Mr. Kent’s response would have ended the matter. Instead, litigation commenced in 2008 and was vigorously contested by both sides, resulting in numerous reported and unreported decisions regarding procedural matters pursuant to the Alberta Rules of Court.

In October 2015 Mr. Kent retained Kent Jesse at McLennan Ross LLP to assist him at trial. The trial commenced in November 2015 and was concluded by December 2015. Over 30 witnesses testified, including journalism standards and ethics experts and over 200 exhibits were entered for consideration by the Court.

This decision provides a thorough overview of defamation law related to media publications in Canada, and represents the most current application of the defence of Responsible Communication on Matters of Public Interest established by the Supreme Court of Canada in Grant v. Torstar Corp.The Findings
The Court analyzed defences which included Qualified Privilege (where there is a duty or pressing need to disclose information), Justification (where the defendant establishes that the statements were substantially true), and Responsible Communication on Matters of Public Interest. The Court quickly rejected the defences of Qualified Privilege and Justification, with the bulk of the decision focusing on the Responsible Communications Defence.

The Court found that the defendants had not established the defence of Responsible Communication based upon seven factors:

Hard-hitting, critical pieces can be published, provided the facts are accurate.The application of these factors resulted in a decision in favour of Mr. Kent for several reasons, two which are set out here.

First, the defendants used, and concealed the identities of sources whom they knew had an axe to grind with Mr. Kent, but did not take reasonable steps to verify the information they provided. The concealment of the sources deprived a reader of determining whether the sources were reliable.

Second, “it is inherently unfair to publish defamatory allegations of fact without giving the target an opportunity to respond” (from Grant v. Torstar). The Court found that, given the harsh tone of the article, the defendants did not make sufficient efforts to reach Mr. Kent for verification of the facts or to comment.

The Court found that the defendants’ level of diligence fell far short of what was required in the circumstances and found the article to be defamatory. The Court also found that parts of the article presented as fact were untrue, and the article had a harsh and sarcastic tone, based in part on those factual assertions which were actually false. The article damaged Mr. Kent’s reputation and was found to cause right-thinking members of society to think less of Mr. Kent.

Defamation cases rarely go to trial in Alberta and even more rarely is the Plaintiff granted substantial damages.How to Avoid Liability in Similar Situations
This decision shows that liability for defamation can result when there is a failure to verify facts before publishing a highly critical piece which also contains significant errors. It also demonstrates the pitfalls of proceeding with pre-conceived notions instead of investigating to obtain the facts. Journalists in particular are expected to look for all sides of a story, not merely latch onto one idea and then make efforts to dig up information that only supports that pre-conceived notion. On the facts in this case, the journalist in question was found to have been actively seeking “more dirt”.

Hard-hitting, critical pieces can be published, provided the facts are accurate. Verification of facts is crucial when relying upon sources with an axe to grind. When relying upon those sources, resist concealing them unless there is a pressing need to do so. Lastly, if a critical piece is published, provide the subject of the piece with a genuine opportunity to respond.

Kent Jesse is a partner with the firm of McLennan Ross LLP in Calgary, Alberta.