It appears to me to be a consideration of great weight in determining the meaning of the word “Indians” in the British North America Act that the Eskimo were recognized as an Indian tribe by the officials of the Hudson’s Bay Company which, in 1867, exercised powers of government and administration over this great tract … It is clear that the Eskimo are classified under the generic term Indian.

The Inuit in Canada

An historically nomadic people, the Inuit began migrating into what is now Canada almost a thousand years ago​. First contact with Europeans was the arrival of Hudson’s Bay Company (HBC) traders from Europe at the end of the 1600s at an Inuit whaling camp on Hudson Bay. Inuit and HBC employees traded goods such as animal fat oils and metal knives and co-existed for decades despite some hostilities in the mid-1750s. Languages and cultural teachings were shared. The HBC-provided firearms changed how the Inuit hunted.

The Inuit and European cultures became more integrated through trade. The appearance in 1903 of the Canadian North West Mounted Police brought employment and other support, and with that, greater dependence on western ways. Today this people of storytelling, hunter-gathering, and common survival in the harsh Arctic climate resides mostly in Nunavut, in an area known in Inuktitut as Inuit Nunangat (“the homeland”). Numbering fewer than five thousand in 1867, the ​​Inuit population has grown to 65,000 according a Statistics Canada estimate in 2016. Canada is home to the largest population with smaller groups living in Alaska, Greenland and Denmark. 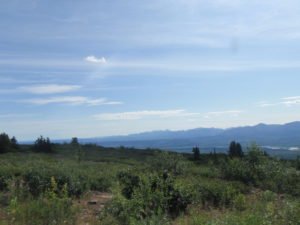 Over the years, the federal government largely left the Inuit alone as a matter of law. This article describes the constitutional case that addressed the status of the Inuit in Canada.

The “Eskimo Case” in the Supreme Court of Canada

The Constitution Act, 1867 established Canada as a self-governing country and divided legislative authority over all matters in the country between the federal and provincial levels of government. “Indians, and Lands reserved for the Indians” were placed under federal responsibility but no mention was made of the Inuit in the Constitution Act, 1867. In 1876, the federal government enacted the Indian​ ​Act, with respect to First Nations, but the Inuit were overlooked.

In the late 1920s and early 1930s, a decline in trade with the HBC saw the Inuit in dire economic straits. As the HBC, Quebec and federal government continued to supply food and other resources to the Inuit, the question arose as to who would pay for it​. The Inuit had not entered into any treaty with the federal government. The question became: are the Inuit “Indians” under the Constitution Act, 1967 and, accordingly, under federal jurisdiction?

The case reached the Supreme Court of Canada as a reference from the federal government in mid-1938. Inelegantly titled, ​Reference as to whether “Indians” includes in s. 91 (24) of the B.N.A. Act includes Eskimo inhabitants of the Province of Quebec, the issue took ten months to be decided. The evidence considered was primarily records of how the Inuit were historically viewed by the HBC and governments. Even before Confederation, the HBC considered all Indigenous peoples to be “Indian Tribes”. Along with the Blackfoot, Sioux and Algonquins were the “Esquimaux”. Other accounts of contact from early governors, missionaries and clergymen referred to the Inuit as “Esquimaux Indians”.

In 2001, Kiviaq sued the federal government, asking it to define Inuit status in Canadian law and confer upon the Inuit the same rights as First Nations under the Indian Act​.The North West Territory and Rupert’s Land – where the Inuit were living – were admitted into the Dominion of Canada by 1870. The federal Parliament enjoyed the “full power and authority to legislate for the future welfare and good government” of these territories, the population of which was 93% Indigenous at the time.

The Supreme Court was unmoved that the Inuit had never been under protection of the Crown in the same way as treaty Indians or that, despite the Inuit sharing Aboriginal status, they were genetically and culturally unrelated to Indians. The Court unanimously concluded that the Inuit came within the taxonomy of constitutional “Indian”. This placed them under the authority of the federal government​. [As an aside, the Supreme Court of Canada, employing a different, more culturally-sensitive approach and reasons, rendered the same conclusion for the Métis in 2016.]

After being assigned legislative responsibility for the Inuit, the Government of Canada seemed reluctant to create the same dependency relationship that had developed with First Nations. It has enacted no special Inuit legislation.​

The 1982 Canadian Charter of Rights and Freedoms corrected the Supreme Court’s 1939 error. It expressly identified the Inuit as an “aboriginal people” in Canada, distinctive from First Nations and Métis (articles 25 and 35). The original 1867 provision about “Indians and Lands reserved for the Indians” now cannot be amended without first consulting with, among others, Inuit representatives at a constitutional conference (article 35.1).

The Court unanimously concluded that the Inuit came within the taxonomy of constitutional “Indian”.Over time the Inuit became more politically engaged and aware that they have not benefited from the special status and privileges of their First Nations counterparts.

The federal government created Nunavut as Canada’s newest territory in 1991. It granted ownership of the land and paid $580 million to the Inuit. In return, the Inuit signed an ​extinguishment clause – whereby any and all historical Inuit claims against the federal government were at an end. However, this did not dissuade one successful and prominent Inuit man in Edmonton. Kiviaq still sought to extend First Nations’ rights and benefits to the Inuit.

Kiviaq (full Inuit names are usually one word) was born in 1936 in Chesterfield Inlet, a hamlet on the western shore of Hudson’s Bay. His birth parents were both Inuit. He was removed with his sister and mother (Kumanaq) by a white RCMP officer (Charles Raymond Ward), renamed David Charles Ward and raised in Edmonton in the English language.

David, beaten by his stepfather and bullied by children at school, took up boxing and became a Golden Gloves champion. He also excelled at football, was elected to Edmonton city council and later served as a popular radio talk show host. In Edmonton in 1983, he became the first Inuit lawyer in Canada. He then won a legal battle to revert to his single-word Inuit name given at birth – Kiviaq.

In 2001, Kiviaq sued the federal government, asking it to define Inuit status in Canadian law and confer upon the Inuit the same rights as First Nations under the Indian Act​. The case was not resolved before the former boxer and lawyer Kiviaq died of cancer in Edmonton at age 80 in April 2016.