A Website of The Centre for Public Legal Education Alberta
You are here: Home / Archives for Doug Surtees

Doug Surtees BA, BEd, LLB, LLM is the Associate Dean Academic of the College of Law, University of Saskatchewan . 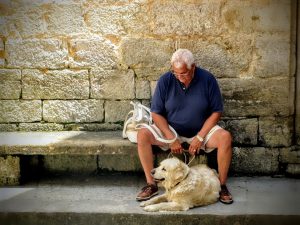 Not all families are the same.  That is why not all wills should be the same.  The law provides us with tremendous flexibility in deciding how to leave our estates to our loved ones.  In order to understand some of the choices you should consider, it is essential to understand the difference between a will and a trust.

What is a trust?

The trust is an ancient common law concept, which manages to appear simple and complex at the same time.  At a simple level, everyone who has sold tickets to raise money for a charity probably has thought about trust concepts.   We almost intuitively understand that the money we raise by selling tickets ‘really’ belongs to the charity. We are responsible for it, but we consider it to ultimately be the charity’s money.

Every 21 years, a trust has a “birthday” and is deemed to sell everything it owns.We call a person who sets up a trust a settlor. The trust can be used to transfer money to one person, such as your sister, to be used for the benefit of another person, such as your daughter. We call the person who has legal title to the money the trustee, and the person for whom the money is used the beneficiary.

When a trust is created, we separate legal title (sometimes loosely called ‘ownership’) from equitable or beneficial title (‘ownership’). This transfer of title occurs immediately upon the creation of the trust. In the ticket example, we have legal title (and only legal title) to the ticket money, as soon as we receive it. We have the right to keep the money in our teapot, or in a bank account, as appropriate, until it is time to turn the money over to the charity. Even if we need money for groceries or to repay a debt, we must not use the ticket money.  We hold legal title to this money, but the charity has the equitable or beneficial title to the money. Therefore, we may only use the money as allowed by the trust, which in this case would be to pay the money to the charity when appropriate.

What is a Will?

A will is the document we use to transfer property to others upon our death.  We call the person whose property is being distributed the testator. A will does not transfer any property rights until the testator’s death.

While a will is not effective until the testator’s death, a trust may be effective immediately. Every will creates a trust. We call this type of trust a testamentary trust because it does not exist until the testator’s death. Upon death, legal title to the testator’s property is transferred to the executor (who is also a trustee and is sometimes called a personal representative). The executor holds legal title to the property and so must take care of it, and then transfer it to the beneficiaries named in the will.

Wills distribute property upon death. Many times people are content to leave a person money, and simply express their wish as to what they would like the person to do. For example, a person may be content to leave a friend their dog and $500, and express the wish that their friend look after the dog. However, it may be very difficult to determine how much money is needed to provide care for pets that may live a long time, such as turtles or parrots. Similarly, it is difficult to budget for the care of animals, such as horses, that are expensive to care for. As the costs and length of time commitment the testator is asking for increase, testators who have sufficient funds may want to establish a trust to provide for their pets or animals. Trustees can be held to their obligations and a replacement trustee can be appointed if the animals outlive the original trustee.

A will does not transfer any property rights until the testator’s death.While a will is not effective until the testator’s death, a trust may be effective immediately. It is possible to set up a trust, with an immediate transfer of property, during your lifetime. It is also possible to set up your will so that it contains a series of trusts in addition to the one which transfers property to the executor.

What are the advantages of a trust?

Trusts provide a useful solution for testators who want to provide for a person, such as their child, who would benefit by not having a large amount of money in their name. For example, an individual who receives a disability pension or other assistance may lose that payment if they also receive a large gift under a will.  Some trusts can be set up so that only the money actually paid to the beneficiary counts when considering if the person qualifies for a disability pension or assistance program.

Establishing a trust can also provide more protection than an outright gift, if the testator is concerned that others may have a claim against the beneficiary of the gift. These claims may occur if the beneficiary is at high risk of a business failure, marriage failure or other lawsuit. In these cases, the trust may protect (and reallocate) money, which has not yet been paid to the beneficiary. In some cases, a trust may offer some protection from the American IRS to individuals with ties to the United States.

When a trust is created, we separate legal title (sometimes loosely called ‘ownership’) from equitable or beneficial title (‘ownership’). Trusts can also be created while a person is alive.  Until recently, there were certain tax advantages available to trusts created during lifetime.  For example, one of these advantages was that the income of the trust could be “split” or “allocated” between various beneficiaries and paid out to beneficiaries who were low-income earners (but at least 18 years of age) and therefore taxed at a lower rate.   The Federal Government recently released a proposal to change the rules respecting the taxation of income from a trust – as a result of this proposal, many of the tax advantages that were previously available to trusts will be eliminated.

A trust (whether created through a will, or during lifetime) has a limited life-span for tax purposes.  Every 21 years, a trust has a “birthday” and is deemed to sell everything it owns.  It is possible to do some tax planning in advance of the 21st birthday – failure to do so could result in unintended tax consequences.

Drafting a Trust – Consult a professional

The trust is an ancient common law concept, which manages to appear simple and complex at the same time.Although many of the tax advantages to the creation of a trust have been eliminated, there are still many non-tax reasons to create a trust, either during lifetime, or within your will.  However, it is important to consult a professional advisor prior to creating a trust.  It is very important that the ‘terms’ of the trust are worded correctly to ensure that the trust will suit the purpose that it is intended to accomplish.  For example, if you are trying to set up a trust to ensure that only the money actually paid to a beneficiary counts for the purposes of determining qualification for disability pensions or assistance programs, specific terms need to be added into the trust document to satisfy that requirement.

In addition, there are some costs associated with managing a trust.  A trust has to file a separate tax return each year.  Records need to be kept as to what money is going in and out of the trust each year.  There should also be written confirmation by the trustees confirming what monies are paid out of the trust and which beneficiaries received the money.