You are here: Home / Special Report / 44-4: Children's Stories & the Law / Bear With Me: Law for little ones
Reading Time: 4 minutes 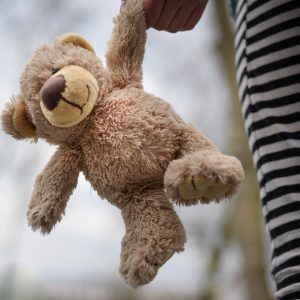 Children, even from infancy, learn about rules. They are told not to run with sharp objects, not to touch a hot stove, and that when darkness falls, they will be expected to go to bed. As children grow, they learn about the rules that govern the world around them. They begin to learn that they exist in a society with other people and that rules will help them to get along with others.

How do we teach children about complex and multi-layered concepts such as justice and laws as embodied in the legal system? One of the best ways to accomplish this learning is with stories. There are innumerable excellent storybooks aimed at every age of child, from early elementary school to Grade 6, which help with this task. Let’s look at some options.

A good starting place when looking at the making of laws could begin with a book published by the Senate of Canada called The Wise Owls. Published in 2018, this book is aimed at elementary school children and explains our parliamentary system. It begins with a group of animals in the forest who begin to wonder if they need to be ruled by a lioness who, although much loved, lives far away across the ocean. They had learned that they accomplished more when they worked together than if they worked alone. They decided to create a Council of Animals that would elect members to make rules and decisions for the good of them all. However, as the years passed, they learned that what’s good for one animal is not necessarily good for all of them. A bear says:

The Council is a good idea, but I wonder – maybe we could ask the owls to help. They can travel to parts of the forest where we cannot go. Could the Owls give their views on the council‘s decisions to make sure the needs of all the animals everywhere in the forest are met?

The animals thought this was a very good idea and they made up a name for this group – the Senate of Owls. When disputes arose, the Wise Owls helped. One Wise Owl said:

The Senate of Owls is here to help you … In our journeys, we have watched you and spoken to you and listened to you. We have seen that the needs of Foxes are not those of Rabbits and that your differences are what make this Forest such a beautiful place to live. We will carry your voices from the four corners of the Forest to the Council of Animals.

As the years passed, different animals came and went from the Council. But the Senate of Owls remained to give the Council of Animals the benefit of its perspective so that the Council truly acted for the good of every animal in the forest.

The book is beautifully illustrated. As befits a group of owls, many pictures feature a luminous night sky, with stars and constellations. For those who choose to outsource story reading, there is a wonderful video version.

The Supreme Court: a Guide for Bears

From the making of laws by a government body, we can move to the court system. There is a charming and humorous book from the United Kingdom called The Supreme Court: a Guide for Bears. Isabell Williams authored and illustrated this book, published in 2017. As the title suggests, a group of teddy bears guide children through Britain’s Supreme Court. The teddies explain that the nine justices examine only points of law. They point out that the justices do not rule on guilt or innocence. They do not hear from witnesses and there are no juries. Canada’s Supreme Court is modelled on this Court so the information is transferrable across the pond.

Canada’s Supreme Court is modelled on this Court so the information is transferrable across the pond.The illustrations in this book are hilarious. The book describes various portraits and works of art within the building. In each portrait, the subject from the 18th or 19th century poses with a teddy bear. A picture of the justices shows each justice looking with some consternation towards a little bear in a huge chair, whose head and ears are barely visible over the desk. The text points out that there are Supreme Courts in many other countries, including the U.S.A. This is illustrated by the Statue of Liberty, torch aloft and clutching a teddy bear! These illustrations will delight grown-ups and children alike.

Children in the upper grades of elementary school can begin to explore more complicated aspects of the law. One of the most important parts of Canada’s legal history and law is the Canadian Charter of Rights and Freedoms. Canada’s Charter protects fundamental rights such as equality, freedom of speech, assembly and religion. These are important and complex ideas that shape Canada. But, children are still children, and so several Canadian books explain Charter rights in a way that makes sense to them.

The Canadian Centre for Public Legal Education Alberta (CPLEA) produced a series of booklets that explain these basic rights to children using stories and fanciful animals caught in interesting legal dilemmas. You Decide: Charter Challenges is a series designed for grade six classes. It explores four sections of the Charter:

Available in English or French, the series contains resources for teachers and students.The children may choose to visit a fictional land called Adinak or a fictional planet called Beebonk. In Adinak, Morley Moose wants to move his family to a different part of the country that he thinks will improve his family’s quality of life. Eva Reindeer wants to be able to play hockey with the boy reindeers and is looking for equal opportunity and treatment. Rufus Raccoon is appalled to learn that his backpack might be searched on a school fieldtrip. He wants the law to protect him from unreasonable search and seizure. Attila Raven is trying to prevent workers from meeting to discuss their working conditions and threatens them with losing their jobs. This violates his employees’ Charter right of freedom to associate. Similar dilemmas trouble other creatures on the fictional planet of Beebonk.

Available in English or French, the series contains resources for teachers and students. The series comes with teachers’ guides, questions for discussion, classroom activities and a fictional legal case set in modern Canada to ground the information for children. Teachers can access this series online through CPLEA.