Many years ago I defended a young man on a charge of “criminal harassment”. This was shortly after the federal government added this crime to our Criminal Code. The offence involves repeatedly following or communicating with another person when you know that the other person does not want to hear from you or for you to be around them. The offence also requires that the accused person know their conduct is causing the other person to be fearful for their safety or that of any other individual. My client was a student who had become enamored with a fellow student and had taken to following her around. He would also leave notes for her, even after she had clearly rejected his advances a number of times.

Property crimes are frequently depicted in children’s stories. I remember thinking – and making it part of my sentencing argument to the judge – that a young man such as my client had likely grown up hearing popular stories with similar storylines. The message of these stories is that if a young woman at first rejects one’s advances, all it takes is persistence and “she will come around”. Similar modern tales portray both genders in each role, but at the time popular stories most often seemed to have the female in the role of the “pursued” and the male as the “pursuer”. Popular literature and Hollywood productions are full of such stories, which almost always end with the couple getting together and, as the fairy tales put it, “living happily ever after.”

Real life is not always like that though. If a “jilted” would-be suitor continues in their unwanted advances, the results may include serious legal consequences. These include being charged and prosecuted, possibly convicted and then sentenced for “criminal harassment”. The punishment is often prison time. Criminal “peace bonds” and civil restraining orders may also be used to keep an individual away from the target of their attention.

This scenario – of real life not being as it is portrayed in common folklore and children’s tales – is hardly a unique or isolated example. The values and morals of society at the time when many of these stories came into being are often no longer the values and morals of communities today. If we consider some of the most popular traditional children’s stories and fairy tales in the context of modern Canadian criminal law, serious concerns can arise: precisely what are we teaching our children?

Not So Innocent Examples

Property crimes are frequently depicted in children’s stories. Perhaps one of the most serious (for our purposes) is that of “Jack and the Beanstalk”. In this tale, Jack climbs his beanstalk and enters the home of a giant. He steals various valuable possessions, including a bag of gold and a goose which lays golden eggs. In the end, as the giant chases Jack to try to recover the property Jack has stolen from him, Jack chops down the beanstalk. The giant falls and dies.

The values and morals of society at the time when many of these stories came into being are often no longer the values and morals of communities today.Legally, Jack is the criminal in all of this: he commits the offence of “breaking and entering” when he sneaks into the giant’s home and steals from him. In Canada, “breaking and entering” into a residence carries a maximum punishment of life imprisonment. That Jack does this repeatedly turns a single episode of criminal behavior into a longer “spree” or pattern. That he ultimately kills the giant would likely lead to Jack being convicted of manslaughter, if not murder. And given the emphasis the story places on the physical characteristics of the victim – he is only ever called “the giant” – one would also have to wonder if Jack was targeting him as a result of his size or similar factors. If so, this would make the offence even more serious. In Canada it is considered particularly reprehensible to target another person based on their personal, physical or mental characteristics (as well as race, religion, gender, sexual orientation, and other similar factors). 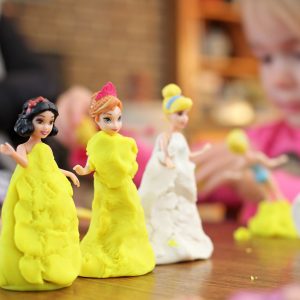 A more minor example of property crime is found in the story of “Goldilocks and the Three Bears”. Goldilocks, being lost in the woods, comes upon and enters into the home of the three bears. Inside, she eats some of their food, (accidentally) breaks one chair and ends up falling asleep in one of the beds. Arguably, under Canadian law, she might not be guilty of committing any crimes in all of this. It is not a crime to enter another person’s home if you are not intending to commit a criminal offence once inside. It is also not a criminal offence to accidently destroy property (such as breaking a chair when trying to sit on it). Sampling some food could be considered “theft”. Theft is committed when one person takes the property of another without any right to do so and with the intention of depriving the owner of that item. Similarly, sleeping in someone else’s bed might be a form of “mischief”, which includes any act by which the owner’s enjoyment of their property is disturbed or interrupted. However, both the eating of the food and the sleeping in the bed are likely so minor as not to warrant prosecution. And in fact, much in this scenario might depend upon local custom and habits. In many parts of rural and remote Canada (including the North), cabins are deliberately left unlocked so as to ensure lost and needy travellers will have shelter (and food) in an emergency.

At least two of the oldest and most popular stories – at least as Disney retells them – involve princes who find apparently-sleeping princesses: Snow White and Sleeping Beauty. In each of these stories, princes wake the unconscious princesses by kissing them. Especially given present-day society’s awareness of, and emphasis upon, the crimes committed by powerful men against more vulnerable younger women, the endings to these stories must give rise to concerns.

In Canada, a man who kisses a sleeping or unconscious woman – especially a woman to whom he is a stranger – would likely be considered to have committed a “sexual assault”. An assault is any intentional physical contact by one person with another person where the other person has not consented. The act becomes sexual if it is done for a sexual purpose or in a manner which infringes upon the sexual integrity of the victim. While a kiss is likely a fairly minor form of sexual assault, an unwanted, uninvited kiss is nonetheless a crime. Furthermore, in Canada, this type of offence is considered to be especially serious when the victim is asleep or unconscious at the time. And of course, in both stories, Snow White and Sleeping Beauty ended up “asleep or unconscious” as a result of another crime which in Canada is called “administering a noxious substance.” Anyone who administers, or causes another person to take, poison by any means – swallowing, eating or being pricked with a needle – commits a very serious offence. The punishment for this offence is up to 14-year imprisonment. If the intention in giving the victim poison is to kill them, the perpetrator could even be guilty of “attempted murder” and imprisoned for life.

The message of these stories is that if a young woman at first rejects one’s advances, all it takes is persistence and “she will come around”.The stories mentioned here are merely a few examples of traditional tales which, upon their continued retelling, come with the risk of teaching children in our present-day society lessons which we might do better to avoid. However, a review such as this must also include acknowledgement of the efforts of present-day storytellers (including those who write for the large movie studios which produce current stories for children) to present more modern and balanced (at least in terms of gender roles) tales for the consumption of our younger generations.  Authors such as Canada’s own Robert Munsch have provided our latest generations with many stories which avoid the old stereotypes and which have female characters in positions and doing things which in earlier times would have been considered solely “men’s jobs.” And stories which include the violence and death of earlier tales seem to be rarer. Just as traditional tales from the American south – replete with stunning examples of extreme racism and stereotyping – are now, thankfully, a thing of the past, so too is much of the other older children’s fiction. Their replacements are more modern, positive and helpful stories which will hopefully provide better role models and useful guides to values and behavior in our 21st-century world.