You are here: Home / Sections / Employment / What to do with Your Conscience at Work?
Reading Time: 5 minutes 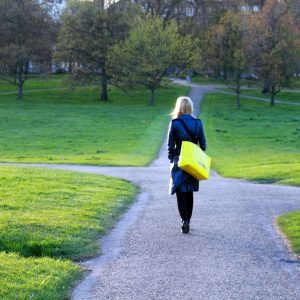 We hear a lot today about people following their conscience. Conscience is more than mere preferences and choices. It is about one’s values, spiritual worldview and visceral sense of right and wrong. Few employees want to compromise on their deepest conscientious beliefs for their jobs. These beliefs often arise from religious convictions but are technically independent of religion. How is one’s conscience protected at work?

Constitutional Freedom but Not a Regulatory Human Right

To follow one’s conscience is a fundamental freedom on par with equality and free speech in the Charter of Rights. That means that government employers at all levels throughout Canada must accommodate their employees’ consciences.

However, most people do not work for a government entity. They work in the private sector which is governed by provincial and territorial law. The human rights legislation at this level does not require employers to preserve employees’ freedoms of conscience. The only human right at this private sector level of employment is essentially equality and freedom from discrimination on enumerated grounds (such as race, gender, disability, age, etc.) unless there is a bona fide occupational requirement to discriminate on any of those grounds.

Even in the private sector, one also finds some inherent protection for conscience. If, for example, a worker is asked to do something illegal or unreasonably dangerous, the worker may refuse and will be protected by both regulation and the common law. No employer, when challenged in a legal proceeding, will get away with disciplining workers in such scenarios.

So how should we address this conscience issue? The correct approach is accommodation.The more complicated question is when one can refuse to do something that is legal but still against one’s deeply held convictions. A current example involves medical professionals such as nurses, physicians and pharmacists who may personally object to counselling or assisting in abortions, gender conversions or medically-assisted deaths. Since the government regulates these professions, the Charter freedom of conscience is in play.

Last year, in Christian Medical and Dental Society of Canada v. College of Physicians and Surgeons of Ontario, the Ontario Court of Appeal considered physicians’ policies in the province that allow doctors to refuse to perform services for conscientious reasons but state the doctor must provide all patients with an “effective referral”. The Court ruled the policy struck a proper constitutional balance and was enforceable. The policies define an effective referral as “a referral made in good faith, to a non-objecting, available, and accessible physician, other health-care professional, or agency.” Obviously, those physicians and other medical professionals with similar directives think this duty is too great a violation of their consciences. They risk professional discipline if they do not obey. Or they could quit the profession.

Alberta’s Bill 207 would have given a small number of conscience-bound health care providers the right to decline work that genuinely conflicts with their deepest personal beliefs. The matter is controversial, and the private bill did not get enough support to pass. It died when the last legislative session ended.

The private sector equivalent has played out with cake decorators or wedding photographers who conscientiously refuse to participate in same sex weddings. Waxing salons have been recently added to the list of refusers after Jessica Yaniv famously targeted them. B.C.’s Human Rights Commission tossed out her complaints on the grounds that she attempted to use the equality provisions of B.C.’s Human Rights Code as a sword “for improper purposes.”

The Collision of Equality and Conscience Rights

What is solved by legally forcing competent conscience-bound medical practitioners to do something that they consider fundamentally wrong – to the point of driving them out of their profession? Or forcing some bakers and photographers out of business?

The more complicated question is when one can refuse to do something that is legal but still against one’s deeply held convictions.No same sex couple today will remain unwed due to a lack of bakers and photographers willing to serve them. With a quick internet search, one can find willing medical providers for abortion, gender transition and medically-assisted death. There are referral agencies to assist. Equality activists claim that people will be harmed or die because one doctor might refuse to refer a patient to an abortion, a gender conversion or a medically-assisted death. However, these procedures are conducted by specialists who are very easy to identify and locate today. There is not a single instance in Alberta history of anyone going without care as the result of the exercise of conscience by any health care provider. Every same sex couple can find a willing baker or photographer.

Opponents of Bill 207 framed the issue in terms of hypothetical harm to them and their equal outcomes. At the same time, they demand blanket suppression of the providers’ conscience, even if it is an equal constitutional right.

When we hasten to strengthen equality rights at all costs, we sacrifice other co-equal Charter rights in the process. Equality activists seek to effectively amend the constitution to subordinate and repeal freedom of conscience. In the recent debate on Bill 207, opponents did not seek to balance conscience rights. They preferred rather to assert their own rights and deny the rights of others.

So how should we address this conscience issue? The correct approach is accommodation. Patients need or want the medical procedure but they do not need every medical professional to serve them. Both patient needs and professionals’ conscientious beliefs can be satisfied. Abortion providers will not object to performing abortions. Why force the conscience of another medical professional to make a referral if abortion providers are readily identifiable by an internet search or phone call? If a professional is reasonably available to perform the procedure – which is virtually always the case – patients should not compel other professionals to act against their conscience. Where service delivery is unaffected in practice, professions must not be closed to conscience-convicted Canadians.

To follow one’s conscience is a fundamental freedom on par with equality and free speech in the Charter of Rights.An example of sensible accommodation is the licensed marriage commissioner program in several provinces. A couple may choose a civil wedding or a religious wedding, or both. The two forms are equally legal. There are more than 250 licensed Marriage Commissioners in Alberta who advertise their services, and there are also many religious officiants. Everyone is accommodated and no religious or secular wedding officiant is required to act contrary to one’s conscience. This same accommodation of conscience and equality can easily be achieved in all professions.

We would never deny equality to anyone on the basis that it might offend another’s conscience. Likewise we should not destroy one’s conscience to achieve equality. Conscientious objection has long been widely recognized around the world. Yet our constitutional conscience rights are far too readily discarded.

Although Bill 207 is gone for now, the human conscience has not vanished. With no legislation to balance the rights of equality and conscience, cases will crowd Alberta courts for adjudication under the Charter. These equal, co-existent rights must be reconciled through accommodation.