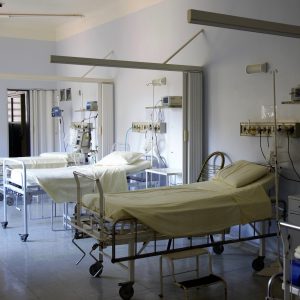 In Carter v Canada (Attorney General), the Supreme Court of Canada (SCC) ruled that Criminal Code sections 241 and 14 deprived adults of their right to life, liberty and security of the person under s. 7 of the Charter. Sections 241 and 14 prohibited physician-assisted dying for competent adults who sought such assistance as a result of a grievous and irremediable medical condition that caused enduring and intolerable suffering. The SCC did not need to rule on whether the Criminal Code provisions violated Charter s. 15(1).

In response, the federal government passed an amendment to the Criminal Code through Bill C-14. There were some concerns about the legislation—particularly the requirement that the person must be suffering from an end-of-life condition. Several scholars argued this would result in a constitutional challenge. However, the federal government passed Bill C-14 without addressing these concerns.

Recent litigation in Québec involves a constitutional challenge. In Truchon c. Procureur general du Canada, 2019 QCCS 3792 (Truchon), both the federal Criminal Code (s. 241.2(2)(d)) and Québec’s Act respecting end-of-life-care (s. 26(3)) were challenged for violating sections 7 and 15(1) of the Canadian Charter of Rights and Freedoms (Charter). (While the Canadian government has jurisdiction over the criminal aspects of assisted dying legislation, the provinces have jurisdiction over health-related aspects.)

At issue in Truchon was the meaning of death which has become “reasonably foreseeable”. Section 241.2(2)(d) of the Criminal Code reads:

(2) A person has a grievous and irremediable medical condition only if they meet all of the following criteria:

…(d) their natural death has become reasonably foreseeable, taking into account all of their medical circumstances, without a prognosis necessarily having been made as to the specific length of time that they have remaining.

Doctors had declared Jean Truchon and Nicole Gladu ineligible for medical assistance in dying. Truchon and Gladu challenged the constitutionality of the Criminal Code provisions and Québec’s legislation requiring that their natural death be reasonably foreseeable or that they be at the end of their lives.

Jean Truchon, age 51, was born with “cerebral spastic paralysis and tripartism”. This meant that he was completely paralyzed except for his left arm. He led a relatively full life until 2012, when he permanently lost the use of his left arm. He also developed severe pain in his arms and neck, including painful spasms and intense burning. Because there is no treatment or cure and because he is now totally dependent on others, Truchon feels “he died in 2012” (at para 25). Truchon continues to have full mental function and is considered capable of consenting to medical assistance in dying. However, he is not considered to be in a situation where his natural death is reasonably foreseeable, nor is he at the end of his life (at para 45).

The Court ruled that Criminal Code s. 241.2(2)(d) was unconstitutional and delayed the implementation of the ruling for six months.Nicole Gladu, age 73, suffered from polio contracted at age 4. This left her with residual paralysis on her left side and severe scoliosis. When she was 47, she was diagnosed with post-polio degenerative muscular syndrome, which is characterized by generalized fatigue, progressive or sudden muscle weakness and pain that reduces mobility. The condition is degenerative and incurable (at paras 51-55). She only has remaining function in her upper right arm. In addition, she has severe osteoporosis, and her body no longer supports her. The spinal condition has caused severe restrictive pulmonary disease and a lung capacity equivalent to half a lung. This rib compression also causes a hiatal hernia and difficulty with feeding (at para 57). She is capable of consenting to assistance in dying (at para 67). Like Mr. Truchon, Ms. Gladu is not considered to be in a situation where her natural death is reasonably foreseeable, nor is she at the end of her life (at para 68).

The Québec Superior Court made several conclusions on the evidence. (Note: The Court has not yet translated the decision into English. The following is a Google translation of paragraph 466 of the French text.)

The Québec Superior Court found that both pieces of legislation violated Truchon’s and Gladu’s life, liberty and security of the person under Charter s. 7. However, the Court ruled this violation was not saved under Charter s. 1 (see paras 125 to 142). The Court also addressed equality under s. 15(1) of the Charter. I will focus on the Charter s. 15(1) issue in relation to s. 241.2 of the Criminal Code.

The Court noted that Charter s. 15(1) addresses substantive equality and is not simply a question of similarity (at paras 641-3). The Court then applied the following two-step approach (as is also found in Andrews v Law Society of British Columbia, [1989] 1 SCR 143):

Distinction Based on Enumerated or Analogous Ground

At issue in Truchon was the meaning of death which has become “reasonably foreseeable”.The Court held that the “reasonably foreseeable death” requirement creates a distinction based on physical disability. Because of their physical conditions, Gladu and Truchon could not obtain medical assistance in dying even though they met the other requirements of the law. The Court also noted that the reasonably foreseeable death requirement did not take into account the effect of this requirement on the applicants (at para 654). Further, this requirement by its effect established a distinction according to the nature and type of disability (para 661). The restricted category is persons with disabilities who suffer intolerably of serious and incurable conditions but are not close to death (a para 663).

Imposition of a Burden or Denial of a Benefit

The Court applied a contextual analysis and concluded that the requirement of “reasonably foreseeable death” did not take into account the actual circumstances, characteristics and needs of the claimants, in a manner that respects their value as human beings compared to others the law allows to obtain a medically assisted death (at para 673). Thus, the lack of equality in the recognition of autonomy and dignity is discriminatory in this case (at para 678).

The Court also held that the discrimination was not saved by Charter s. 1. The Court ruled that Criminal Code s. 241.2(2)(d) was unconstitutional and delayed the implementation of the ruling for six months. The Court also granted both parties an exemption so that they could proceed to apply for assisted death.

Peter Hogg notes there are other places where the new legislation departs from the direction given by the SCC in Carter. It remains to be seen whether these will also result in constitutional challenges.