The obligations we have identified are binding obligations under the Constitution of Canada. However, it will be for the political actors to determine what constitutes “a clear majority on a clear question” in the circumstances under which a future referendum vote may be taken.

In the last issue of this column, we looked at the 1998 Secession Reference decision of the Supreme Court of Canada as a result of Quebec’s razor thin “no” vote in late 1995. This decision laid down a few broad principles. Afterwards, the federal government stepped up and legislated a framework for provincial secession.

This article describes the Clarity Act, which must be considered in any legal understanding of provincial secession from Canada.

The Morning After: the Clarity Act

Both the Quebec and federal governments were pleased with the Secession Reference decision, and both claimed victory. Quebec’s referendum strategy was validated, and the issue was judged political, not legal.

… after the Clarity Act was passed, the separatist Parti Québécois enacted its own form of clarity statute …Quebec was comforted to know the rest of Canada would have to negotiate after a winning ‘leave’ referendum. The federal government was happy that Quebec could never declare independence unilaterally and that succession referenda needed to pose a clear question.

Within a year of the Quebec Succession Reference decision, Parliament enacted the sprawling-titled An Act to Give Effect to the Requirement for Clarity as Set out in the Opinion of the Supreme Court of Canada in the Quebec Secession Reference. It is known by the over-simplistic name, “Clarity Act”. In it, the federal government seeks to take control of the referendum and secession process. The Clarity Act is regular federal legislation and can be amended or repealed anytime in the future.

The Clarity Act sets pre-conditions for the federal government before it will recognize the referendum and before negotiating. The House of Commons will decide the clarity of the question by whether it “would result in a clear expression of the will of the population of the province” (section 1(3)). A question will not be acceptable that: 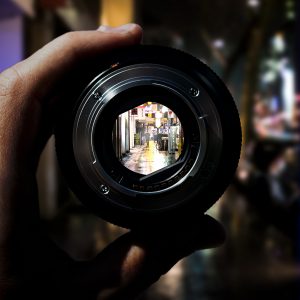 The views of other political parties and Aboriginal peoples, and statements or resolutions by any other Canadian government, will be considered in the clarity determination. This determination expands the notion of clarity and overlaps with expression of will.

Apart from the referendum question itself, the House of Commons will scrutinize the vote outcome to see if a “clear majority” have expressed the will to secede. The Court did not define what a clear majority mean. It left that to the politicians. The Clarity Act does not add much, well, clarity to this either. Presumably, a 50%+1 vote will not always carry the day. To the House of Commons, the “clear expression of a will by a clear majority of the population of a province” will include reviewing:

Again (as with the clear question itself), the size of the ‘leave’ vote will be qualified by views of other political parties and Aboriginal peoples, and statements or resolutions by any other Canadian government. Some have referred to this as a “supermajority” vote requirement.

The votes by the House of Commons on whether to accept the referendum question as clear or the majority in support of succession as clear – while governed by legally-prescribed guidelines – are ultimately political votes. Members of Parliament will be free to vote their own preferences and instincts which can deny recognition to an otherwise-compliant secession process or grant recognition to a non-compliant one. In that sense, the Clarity Act confers on the House of Commons a de facto veto over legal secession if it wants to use it.

If the House of Commons fails to find both the referendum question and the majority in support to be clear according to these statutory definitions, it will not negotiate the terms of secession. Technically, from a legal perspective, the succession project ends at that point. Presumably and practically, however, a province could still declare independence on its own anyway. If it does so without Canada’s blessing, it may not receive sovereignty recognition it will need from the international community.

The Clarity Act sets pre-conditions for the federal government before it will recognize the referendum and before negotiating.If the referendum question and its leave results are accepted by the House of Commons, the federal government would negotiate the divorce on behalf of the rest of Canada. This complex and difficult process would deal with economics, division of assets and liabilities, minority rights, national institutions and installations, Aboriginal peoples, and borders. Any desired forms of association with the remaining Canada, such as defence, currency and trade, could also be worked out at this point.

Finally, the Constitution of Canada (1867) would have to be formally amended to reflect the secession. The federal government and all the provincial governments would be involved in that.

To complete this story, after the Clarity Act was passed, the separatist Parti Québécois enacted its own form of clarity statute: An Act respecting the exercise of the fundamental rights and prerogatives of the Québec people and the Québec State. This was Quebec’s interpretation of the Secession Reference case and its own roadmap to secession. Not surprisingly, this Quebec legislation focuses on its right to self-determination under international law, the integrity of its territory, as well as English language and Aboriginal rights. It is essentially a separatist proclamation. Article 13 explicitly rejects the federal Clarity Act:

No other parliament or government may reduce the powers, authority, sovereignty or legitimacy of the National Assembly, or impose constraint on the democratic will of the Québec people to determine its own future.

Once an actual secession referendum is put to the vote in any province, the constitutional validity of the federal Clarity Act will be challenged and tested. (In the case of Quebec, that province’s own opposing ‘clarity legislation’ will also be tested). Until then, the status of both clarity statutes remains uncertain.

Currently, provincial secession from Canada would be – as arguably it should be – an emotionally wrenching and politically daunting, drawn out, acrimonious project. There are many ways in which the most meticulous provincial plan could legally and politically fail. The extra-legal, unconstitutional unilateral option may be even worse. Provincial secession is not for the faint-hearted.

Mackenzie Bowal is studying business and computer science at the University of Calgary.