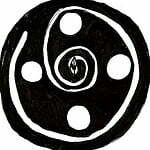 Media outlets lined up like kids on Christmas morning when the Transparency Act’s first public reporting came due. Newspapers across Canada analyzed the online information about the salaries, bonuses, honorariums and travel expenses received by the leaders of First Nations communities. What the Act reveals may surprise many.

The First Nations Financial Transparency Act is a recent example of the Conservative government’s relationship with Canadian Aboriginal peoples. Its legislated purpose is “to enhance the financial accountability and transparency of First Nations.” The Act requires First Nations to publish online every dollar of remuneration and reimbursement received by its leaders, including not only in their governmental roles, but also from any role they may have in any band-owned businesses.

Also significant are the powers the federal government has allotted itself should a First Nation fail or opt not to disclose this information to the government’s satisfaction. The Minister of Aboriginal Affairs and Northern Development (AANDC) may “withhold moneys payable as a grant or contribution to the First Nation” or terminate any agreement for funding.

Macleans estimates that the median salary of a band Chief is $62,210. Adjusting for the fact that on-reserve income is untaxed, it is the equivalent of about $80,000 in taxable income. In other words: a Minister in Ottawa, almost certainly not an Aboriginal person and most likely elected by a predominantly non-Aboriginal population in an urban riding, can end funding for education services, health care provisions, economic development or any other agreement as the Minister sees fit.

The AANDC website suggests the Act was developed at the request of First Nations members. But First Nations across Canada have criticized the Act’s overbreadth and paternalistic approach. Several have refused to comply with it and have taken the federal government to court claiming that it violates their Constitutional rights, fails to respect their position as governments and degrades their ability to be economically competitive by forcing financial disclosure from private business ventures.

The online publishing of salaries of First Nations governments has purpose if we assume that the information will expose otherwise hidden impropriety at the public expense. This is a thinly veiled articulation of an excuse non-Aboriginal Canada relies on to explain why Aboriginal communities remain mired in poverty, poor health outcomes and family breakdown; that somehow it is the fault of these communities for misusing otherwise ample dollars rather than chronic under underfunding or ongoing distrust by respective governments.

One obvious problem with that assumption is that a thorough accounting of federal dollars was already occurring. As stated by AANDC, “Prior to the passing of the FNFTA into law, First Nations were already required to produce audited consolidated financial statements, a schedule of remuneration and expenses and to make copies available to members as part of their funding agreement with AANDC.”

Plain English: First Nations had to provide AANDC with all of the same financial accounting information save that about the earnings from their band-owned businesses long before the Act took effect. What AANDC did with the reported information is less transparent.

That brings us to the most morally damning aspect of this Act: if First Nations do not submit to this additional form of reporting, any aspect of funding that they otherwise receive from the federal government to pay for services the rest of Canada takes for granted can be terminated. Grants, too, were thoroughly accounted for. Indeed, every dollar that is received by First Nations under any one of several stand alone programs comes with mind-numbing reporting requirements.

If we want to create a system to discourage local empowerment or a sense of autonomy, this is it.

But back to the Act. What did it change?

Two things: First, bands must now also post on the Internet information about any band-owner business ventures. Second, if they fail to report their leaders’ remuneration and reimbursement, communities can lose any or all of the funding that the federal government provides for basic community services.

That brings us to the most morally damning aspect of this Act: if First Nations do not submit to this additional form of reporting, any aspect of funding that they otherwise receive from the federal government to pay for services the rest of Canada takes for granted can be terminated.

No matter how corrupt a political leader might be, I cannot believe that Canadians would consider it acceptable to withhold educational funding for that person’s eight-year-old child; or to cease funding a politician’s teenaged neighbour who is getting counselling after a suicide attempt.

But is there evidence of widespread overdrawing from the public purse? If the government was hoping for an “aha” moment that would quiet the criticism, the surprise is that the Act has not exposed a watershed of waste that explains away the continuing inequities faced by Aboriginal peoples.

Macleans estimates that the median salary of a band Chief is $62,210. Adjusting for the fact that on-reserve income is untaxed, it is the equivalent of about $80,000 in taxable income.
There are inevitably outliers whose salaries call out for explanation. For example, Chief Randy Porter of the Bonaparte Indian Band in B.C .reported an income of zero. Yes, zero.

Others made six-figure incomes owing in part to the remuneration they receive through positions held in band-owned companies – not exclusively public funds. For example, as described in Macleans, Chief Arthur Noskey earned a salary of $103,000 last year as the elected leader of the Loon River Cree, a northern Alberta First Nation. Along with his political function, he takes a leading role in directing six band-owned companies, including trucking and oil-patch services. Chief Noskey made this observation about his income, “If I were in the real world, with these big CEOs, what do you think I’d be making?”

There are other leaders who may rightly see demand from their communities to explain six-figure base salaries such as the Chief of the Samson Band in Alberta earning $166,984 and or that of the Glooscap First Nation in NS at $115,500. Whether their constituents accept their explanations or, ultimately, their salaries will be up to those communities.

… a Minister in Ottawa, almost certainly not an Aboriginal person and most likely elected by a predominantly non-aboriginal population in an urban riding, can end funding for education services, health care provisions, economic development or any other agreement as the Minister sees fit. Which brings us to another criticism of the Act: the entire approach of telling Aboriginal governments how and where they will produce and disclose this information ignores the fact that these entities are supposed to be governments unto themselves. First Nations governments are equal partners at the table of Canadian leadership. The Transparency Act suggests that the federal government has yet to accept that concept.

Finally, if the enormous gaps in education levels, health care outcomes, poverty, standards of living, availability of potable water, and more, between Aboriginal and non-Aboriginal Canadians cannot be explained by unaccounted for siphoning off of federal dollars, what non-Aboriginal Canadians must face is the reality that our government and our present day society is failing our Aboriginal neighbours and fellow Canadian citizens. The Transparency Act is not a paper-pill that will solve the ongoing distrust between Aboriginal peoples and all levels of Canadian government by suddenly reversing generations of racist policies that stymied and subjugated aboriginal peoples.