You are here: Home / Special Report / 45-1: The Law of Film / Getting Your Film onto the Screen
Reading Time: 6 minutes

So, you have an idea for a great movie and think it has “legs”. Where do you start? 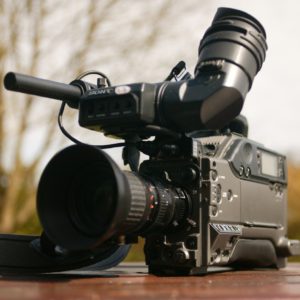 Photo by Knelstrom Ltd. from Pexels

Let’s look at it like any product to be sold in the marketplace. To understand how to make and market your movie, there are three basic questions that you need to answer:

You can divide up your copyright in various ways and then sell it.Because you are not putting licorice strings in a box and shipping them off, you need to pay attention to what rights you are selling. Selling the rights to your film is complicated. You need to be clear on what exactly you are putting in the conceptual box that is being shipped off. You need to keep track of all the rights you have sold and make sure you don’t do the equivalent of selling 200% of your licorice strings.

The term “sell” is not usually used when dealing with copyright because generally you will not give away your copyright. The term used when you deal in copyright is “license”. You let a user have the copyright for a period of time, and then usually the user returns the copyright to you.

You need to buy these parts just like the car manufacturer has to buy the steel and the rubber. The parts you need to acquire for your film include the copyright owned by the contributors to your film. These include the copyright in any screenplay, computer graphics, animation, artistic works used on the set, and music. It includes the performing rights of the actors and musicians. You buy these parts by licensing the copyright from the owners. When you license these rights, you need to make sure you have the correct bundle of rights. That is, you need to make sure you have enough rights from the contributors to be able to sell your film in the intended markets. For example, if you hire a writer for your screenplay and only license from her all rights for a single theatrical production, you will not have the right to release your film to television or on streaming services. It is advisable to hire a lawyer to help you acquire all the rights for your film.

It may seem obvious but if you are going to license the rights in the film, then you must own the rights in the film.Continuing with our analogy, who owns the car? It is the manufacturer. As the “manufacturer” of the film, you should own all the rights. Who is “you”? In the film world often the acquisition of copyright for your film starts off with you personally acquiring rights to a screenplay. You hire a writer to help you with the first draft. The license with your writer gives you the rights to the first draft screenplay. As the budget and the financing for your film grows, it usually becomes necessary or advisable to create a corporation. Once you have created a corporation, you need to transfer the first draft screenplay rights to your corporation. If you have acquired any other rights during this development stage, you need to ensure all these rights are turned over to your corporation. And as you move into production, you need to ensure that all copyright acquired going forward is given to your corporation. On completion of the production, your corporation needs to have acquired all the “parts” in order to be the owner of the film.

A buyer can appear at any time. There may be a buyer or buyers so interested in your film that they are willing to help finance the production process. The financing may be in the form of a license from a broadcaster who will pay you for the exclusive right to broadcast your film once the film is completed. The financing may be in the form of a distribution advance from a distributor who believes that your film will be very saleable and gives you an advance on future sales. In fact, in Canada, to be eligible for certain tax breaks and grants, you often need to have a broadcast license or distribution advance in hand before you can even apply.

If you do not find a buyer during the production process, or if you have not fully exploited the sales of your film, then you will be looking for a buyer of your completed film. You can try to sell the film on your own to the various owners of media platforms around the world. Or you can try to find a distributor who will help you do all or some of this job for you.

Because of the complexity in licensing copyright, any licensing of film rights needs to be set out in writing. Furthermore, under Canadian copyright law, you cannot enforce a licensing agreement that is not in writing.

As with the sale of any product, you need to be concerned with what you are being paid and when you will be paid. If you are selling directly to an end user, such as a broadcaster or streaming service, you will usually be paid a set amount. Generally there are conditions you must meet before you are paid. Make sure you have read your agreement and understand what these conditions or requirements are. For example:

If that is the case, you need to know what it will cost you to meet these conditions.

… under Canadian copyright law, you cannot enforce a licensing agreement that is not in writing.If you are allowing a distributor to sell your film, then what you are paid will usually depend on the sales they make from your film. Generally, the distributor collects all of the revenue from sales. Before the distributor pays you, it reimburses itself for its expenses in marketing your film. You and your distributor then split the remaining amount according to your agreement.  If you entered into any agreements to share profits with financiers, writers, musicians, cast or crew, these amounts need to be taken into account too.

Technology is making it easier to pick up a camera and tell a story that you can share with the world. To be successful though, you need to understand the market you are in and what you are selling.