A Website of The Centre for Public Legal Education Alberta
You are here: Home / Sections / COVID-19 / Overt Discrimination and Hate Crimes are Increasing During COVID-19
Reading Time: 4 minutes 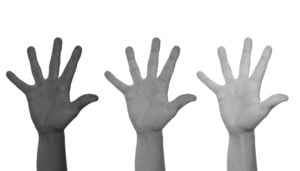 Generally, when talking about the situation in Canada, the emphasis is on the prevalence of systemic discrimination —policies or practices that are part of an organization, which perpetuate disadvantage. This is pervasive in Canada and difficult to address because it is reinforced by acceptance as the “normal” way of doing things. However, while complex systemic discrimination continues to exist, recently there are numerous overt examples of discrimination against racialized minorities in Canada. In some cases, the behaviour rises to the level of criminal assault or hate crimes. It seems as though fear and ignorance have caused some people to act out on their racist attitudes.

CTV News reported on April 27, 2020 that a poll carried out by Corbett Communications revealed that 14 per cent of respondents in Toronto, Montreal and Vancouver either “believed that all Chinese or Asian people carry the coronavirus (four per cent) or were uncertain about that (10 per cent).” In the same article, Susan Eng, director for the Chinese Canadian National Council of Social Justice, said that: “With results like this, it is not surprising that we are seeing a growing increase in anti-Asian racism, likely provoked by COVID-19 fears and ignorance, but no less threatening for that.” The poll also found that one in eight respondents were aware of racist incidents in their neighbourhood since the beginning of the COVID-19 pandemic.

There have been several examples of crimes against people of Asian descent across Canada. Vancouver police are investigating an attack on March 13, 2020 against a 92-year-old man as a hate crime. The Edmonton Police Service reports that there have been several incidents of hate-related graffiti reported in Edmonton since March 17. On April 29, 2020, Marichu Antonio of Calgary’s Action Dignity reported that online expressions of hatred towards newcomers who worked at Cargill Meat Packing Plant has resulted in newcomers being turned away from services such as banks and grocery stores. There are almost daily reports of racist incidents across Canada.

… recently there are numerous overt examples of discrimination against racialized minorities in Canada.Several prominent Canadians and world figures have commented on this crisis. United Nations Secretary-General António Guterres pointed out that the world is facing “the biggest international crisis in generations”, stressing that human rights “cannot be an afterthought”. The report states that “the virus is the threat, not the people, and emphasized that any emergency and security measures be temporary, proportional and aimed at protecting individuals.”

We see the disproportionate effects on certain communities, the rise of hate speech, the targeting of vulnerable groups, and the risks of heavy-handed security responses undermining the health response.

The Canadian Human Rights Commission is deeply concerned by the rise of racism across Canada since the start of the COVID-19 pandemic.

Minority groups, in particular people of Asian origin, have been the victims of racist taunts, threats and intimidation in public and online, and physical violence. This is both an issue of public safety and fundamental human rights. No one should feel threatened or unwelcome because of the colour of their skin or where they are from.

Flattening the curve and slowing the spread of COVID-19 will take cooperation, solidarity and unity. As a country built on diversity, freedom and inclusion, we cannot let racism, intolerance and inequality undermine our peace and prosperity.

We are not safe unless we are all safe.

Hopefully, the majority of us who are deeply troubled by this will take this opportunity to get involved in some way in the human rights movement.On May 5, 2020, Michael Gottheil, Chief of the Commission and Tribunals at the Alberta Human Rights Commission, released a statement:

The COVID-19 pandemic has impacted all our lives in many ways. Unfortunately, it has led to an increase in racism and discrimination towards certain groups of Canadians. Since the beginning of this crisis, minority groups in Alberta, especially people of Asian descent, have been the targets of racist comments, threats, and intimidation.

Even though it may be human nature to want to assign blame or lash out in difficult times, we must be vigilant against xenophobia. To fight this pandemic, we need to look after one another by reaching out to our fellow Albertans and showing compassion, care, and consideration.

… We know that racism and discrimination will not stop when this pandemic ends, and may even worsen for some within our communities. Now, more than ever, Albertans and Canadians need to come together as one to stand up to hate. As we begin to ease restrictions and gradually move toward recovery, it is crucial that all spaces are free from hate, racism, and xenophobia, and that all Albertans feel safe.

There are many individuals and groups taking steps to address the situation. Chief Commissioner Michael Gottheil notes that ACT2endracism recently developed the Covid-19 Anti-Racism Incident Reporting Centre. Individuals can report hateful incidents in multiple languages, either on-line or by text messaging.

The Tyee also listed five steps on April 10 that allies can use to address the current crisis and the long-term implications of racism.

It is unfortunate that it often takes blatantly offensive events to draw attention to the unpleasant and illegal actions resulting from racial discrimination and racism. Hopefully, the majority of us who are deeply troubled by this will take this opportunity to get involved in some way in the human rights movement.