One of the better known copyright lawsuits in Canada surrounds the Michael Snow sculpture of geese attached to the ceiling of the downtown Toronto Eaton Centre. In this case, the Eaton Centre tied red ribbons around the necks of the sixty geese in Flight Stop as a Christmas decoration. The artist, Michael Snow, was not aware of this alteration to this work nor did he consent to it. Snow went to court and won.

Although the Snow case was a copyright infringement, it was, to be precise, an infringement of a specific kind of copyright protection known as moral rights. Moral rights are distinct from the copyright or economic rights in a copyright-protected work. Both international and domestic copyright laws provide for “moral rights.” Whereas the purpose of economic rights are to provide some money – payment for rights in copyright – to the author/copyright owner, the purpose of moral rights is to protect the personality or reputation of an author (and not necessarily the owner) of a copyright-protected work. Moral rights stem from the leading international copyright treaty, the Berne Convention (found at www.wipo.org). Article 6bis of Berne states:

(1) Independently of the author’s economic rights, and even after the transfer of the said rights, the author shall have the right to claim authorship of the work and to object to any distortion, mutilation or other modification of, or other derogatory action in relation to, the said work, which would be prejudicial to his honor or reputation.

The 164 member states, including the United States and Canada, must meet the minimum standards set out in Berne. Thus, each member country must provide for moral rights of paternity and integrity. Of course, countries are free to go beyond these minimums and provide further rights, such as the right of association or to withdraw permission to use a work. 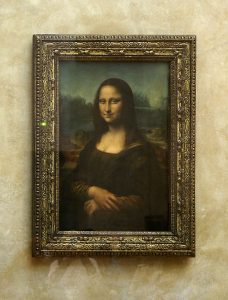 In the Canadian Copyright Act, there are three categories of moral rights:

The right of integrity is the right of the author to object to any changes of his work that may harm his reputation as an author. This harm would be a question of fact that would have to be determined in court through the testimony of witnesses. For example, painting a moustache on the Mona Lisa (if the Mona Lisa was still protected by copyright) would likely be a violation of Da Vinci’s moral rights. Closer to home, manipulating a scanned photograph may also be a violation of moral rights if prejudicial to the honour or reputation of the author of the photograph. Mere editing of an article, however, would likely not be an infringement of the right of integrity.

Whereas the purpose of economic rights are to provide some money – payment for rights in copyright – to the author/copyright owner, the purpose of moral rights is to protect the personality or reputation of an author (and not necessarily the owner) of a copyright-protected work.Snow sued the Eaton Centre for infringement of his right of integrity. The court said, “the plaintiff is adamant in his belief that his naturalistic composition has been made to look ridiculous by the addition of ribbons and suggests it is not unlike dangling earrings from the Venus de Milo. While the matter is not undisputed, the plaintiff ’s opinion is shared by a number of other well-respected artists and people knowledgeable in his field.” The court held that the attachment of the ribbons to the sculpture was prejudicial to the artist’s honour or reputation and ordered that the ribbons be removed.

The right of association is not required in all Berne member countries; however Canada does include it in its copyright statute. Under this right, an author has the right to prevent anyone else from using her work “in association with a product, service, cause or institution.” The use must be prejudicial to the honour or reputation of the author – a question of fact that can be determined through the testimony of witnesses. An example may be an art exhibit sponsored by a tobacco company where the artist’s reputation rides on the fact that she is a no-smoking advocate.

Moral Rights in the United States

The moral rights set out in Berne are intended to apply to all types of copyright-protected works. However, when joining Berne in 1989, the United States took a narrower interpretation of the requirements (and in some circles, a controversial one as to whether the United States is in fact complying with Berne). In the United States, moral rights are arguably protected under various federal and state laws including explicit protection (through an amendment in the U.S. Copyright Act by the Visual Artists Rights Act (VARA) of 1990).

In her recent book The Soul of Creativity, Professor Roberta Rosenthal Kwall states “the United States is out of step with global norms by not recognizing more substantial authors’ rights.”

… painting a moustache on the Mona Lisa (if the Mona Lisa was still protected by copyright) would likely be a violation of Da Vinci’s moral rights.Unlike Berne, VARA protects only one group of authors – visual artists, or more accurately, those who create “works of visual art.” These works include paintings, drawings, prints, sculptures, and photographs, existing in a single copy or a limited edition of 200 signed and numbered copies or fewer. Posters, maps, globes, motion pictures, electronic publications, and applied art are explicitly excluded from VARA. VARA gives visual artists the right to claim authorship in their works, and to prevent the use of their names in association with their works. In addition, artists are granted the right to prevent the intentional distortion, mutilation, or other objectionable modification of their works. Artists who qualify for federal moral rights protection can also prevent any destruction of certain works. Some states such as New York and California also have moral rights protection for visual artists.

Under VARA, moral rights are not transferable by licence or assignment, but are waivable (in writing). The rights end with the life of the author (unlike economic rights which endure for 50 years after the death of the author).

Lesley Ellen Harris is a copyright lawyer/consultant who works on legal, business, and strategic issues in the publishing, content, entertainment, Internet, and information industries. She is the editor of the print newsletter “The Copyright and New Media Law Newsletter.” If you would like a sample copy of this newsletter, email: contact@copyrightlaws.com.