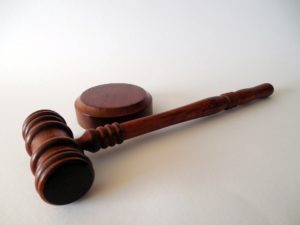 Photo by succo on Pixabay

The COVID-19 pandemic lead to numerous court proceedings being postponed. So, some important charity and non-profit cases may well remain in limbo as I write this. But, both internationally and domestically, the last few months have also seen some major decisions on a range of sector issues.

Earlier this year, I wrote about this Ontario Court of Appeal (OCA) decision, which dealt with crucial member rights issues for voluntary sector groups. The litigants in that case have now been granted leave to appeal the decision to the Supreme Court of Canada.

Aga will provide the Supreme Court with the opportunity to further clarify when a court can delve into the internal decisions — here having to do with disciplinary measures taken against congregants — of faith-based or other voluntary sector organizations. It will also provide a chance to look at the applicability of the Charter of Rights and Freedoms in private litigation. Specifically, whether the Charter has any role where the courts have been asked for a remedy that may compel a religious group to take certain actions.

In another OCA decision, the Court looked at governance issues. The case concerned the Mount Pleasant Group of Cemeteries (MPGC) in Toronto. The organization was originally established in 1826 as a statutory trust but has had its structure modified by legislation at various times during the ensuing two centuries. MPGC is now run as a corporation. The OCA looked at whether the succession procedure of the governing body was legitimate and at whether certain decisions about the permitted scope of its activities were valid.

As well as the governance questions, the proceeding dealt with whether the organization was a charity, and whether it should be subject to an investigation by the province’s Public Guardian and Trustee under Ontario’s Charities Accounting Act.

A recent decision of the New Zealand High Court, on the other hand, adds to the common law of charity in a more positive way. Decided in August, Greenpeace was the latest case that considered the eligibility of Greenpeace NZ for registration as a charity.

An early proceeding had set out the proper criteria for assessing Greenpeace NZ’s eligibility, but had referred the matter back to the regulator to determine. The 2020 case arose when the regulator refused to register the group.

The High Court decision contributes to the law in four distinct ways. It examined if the advocacy component of Greenpeace NZ’s work made it ineligible for registration, and determined that, under New Zealand, law, it did not. This aspect of the decision will likely have little impact in Canada, since a December 2019 change to the federal Income Tax Act allowed all Canadian registered charities to undertake the type of advocacy done by Greenpeace NZ.

Second, the decision appears to expand what is considered within the purpose of advancement of education in New Zealand — opening up that term to include work mobilizing the public. In Canada, however, the Supreme Court of Canada commented extensively on what qualifies as advancement of education in the 1999 case, Vancouver Society of Immigrant and Visible Minority Women (Vancouver Society).

…Greenpeace was the latest case that considered the eligibility of Greenpeace NZ for registration as a charity.While the SCC expanded the term to include instruction or training outside the classroom, so long as it was sufficiently structured, it cautioned against material primarily aimed at indoctrination or persuasion. It stated dissemination of such material was not charitable advancement of education. As the High Court seems to go further than Vancouver Society, it is unlikely that this aspect of the decision will hold sway here unless there is legislative change or additional jurisprudence on the topic.

Third, the High Court analysis of protection of the environment as a common law charitable purpose featured a similarly expansive view on what could qualify as charity. That part of the decision does not face the same uphill battle against settled Canadian law.

Greenpeace rejects a narrow interpretation limiting charity in this area to uncontroversial, remedial work to mitigate or eliminate harm. It instead endorses public engagement as an important element of the purpose of environmental protection, and rejects deeming this work not charity merely because it vies with other economic or social interests. Greenpeace acknowledges the charitable purpose of protection of the environment ought to include the ability to raise environmental concerns as part of public policy discourse, even if this entails conflict with competing interests. If adopted by Canadian courts or regulators, this would be a positive development. The reasoning in Greenpeace could be helpful in bringing that about.

Finally, it has long been established that an illegal purpose precludes eligibility to be a charity. Less clear is the relationship of incidental illicit activity (rather than purpose) to qualifying as charity. The “fact and degree” analysis used in Greenpeace helpfully contributes to the common law on this topic. It finds minor and isolated illegal activity may not prevent an organisation from being a charity. This is so even where small amounts of the charity’s resources are used to support illegal activity.

There may well be other significant charity and non-profit cases wending their way through the courts in the pandemic backlog, but in the meantime Aga, FTPC and Greenpeace provide amply food for thought for the moment.