A Website of The Centre for Public Legal Education Alberta
You are here: Home / Sections / Not-for-Profit / COVID-19 Support: Getting the ‘best bang for the buck’
Reading Time: 4 minutes

The COVID-19 pandemic has devastated charity and non-profit organizations’ revenue sources to an extent rarely, if ever, seen before. Though some high-profile groups saw governments and the public funnel generous support to them and there have been a few clever online initiatives to raise money, that is just a small part of the story. The reality is that fundraising activities for many sector organizations have either been substantially scaled back or halted altogether. Gaming proceeds from casino nights that are budgeted and relied on by numerous Alberta groups have disappeared.

One silver lining is that emergency relief programs from all levels of government are generally open to voluntary sector groups … as well as the private sector.Those charities and non-profits, such as YMCAs, that offer products or services to part of their client base at market rates, and then use the proceeds to defray overhead, have seen sales dry up. This development, together with the fall in more traditional fundraising, is particularly troubling because funders — whether government or philanthropic — often remain only willing to fund direct service delivery or other frontline work. They expect agencies to find other ways to cover their infrastructure costs. Colloquially this is known as funding with 80-cent dollars.

Arts and cultural organizations that use ticket sales to fund their core operations are in deep peril. Even if they can find a way to recover from their revenue loss, and meet costs such as rent and utilities, with the gig economy workers on which they rely disproportionately hurt by the economic shutdown and with huge uncertainty about the willingness of audiences to return as we emerge from the crisis, prospects look glum.

Finally, most voluntary sector groups don’t have investments, but those that do have seen the value of their holdings plummet. So, things are pretty lean there as well. There is an initiative — notwithstanding recent poor investment returns — to encourage foundations and other organizations with endowments to spend 5% of their portfolios this year, instead of the 3.5% mandated by the federal government. If that 5% goal was to become a standard widely followed, it would still cover only a miniscule fraction of the revenue gap currently being experienced by the sector. 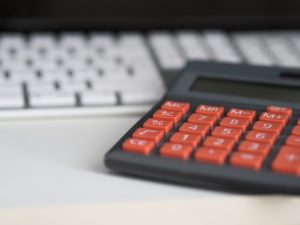 One silver lining is that emergency relief programs from all levels of government are generally open to voluntary sector groups (or individuals associated with them) as well as the private sector. That is a positive because in the past it was not always the case that charities and non-profits were eligible for government initiatives, particularly those with an economic focus. That said, some measures have been better thought through than others.

At the federal level, the emergency benefits available either through the employment insurance program or though the Canada Emergency Response Benefit (CERB) seem to have been well-received and by and large successful. One shortcoming of the CERB, noted by the Prime Minister, was the potential for a low-wage earner in a frontline organization (frequently a voluntary sector group) to opt for the benefit rather than continue in a job where they faced a health risk and would be financially worse off than on the relief program. Tweaks were made to the CERB and funds were announced to boost frontline wages in essential industries to counter this problem.

The cost of wage subsidy is being shared by the federal and provincial governments, with the provinces determining eligibility. The long-term care sector, which is the focus of much of the attention for this measure, is composed of different types of providers. The federal tax system allows for long-term care facilities to qualify as registered charities, as a special category of non-profit organization under Income Tax Act s. 149 (1)(i) or as for-profit entities.

In having providers that are charities, non-profits and for-profits, the long-term care sector mirrors the early learning and childcare sector, where the Alberta provincial government has long financed a wage top-up for certain workers. The model is to offer the same support regardless of the nature of the provider. It is anticipated a similar approach will be taken to the wage top-up for long-term care home workers.

In the circumstances of the pandemic it makes sense to have programs with broad scope and to support frontline workers directly rather than focusing too much on the nature of organizations or companies. Staff recruitment and retention are necessarily of primary concern for the moment.

The reality is that fundraising activities for many sector organizations have either been substantially scaled back or halted altogether.But widespread reports of deplorable conditions in some long-term care facilities in Eastern Canada suggest a more strategic approach to funding and regulating these activities ought to be taken. Ideally, this would see facilities that offer higher quality care receive priority in getting funding. One approach, which is taken by Alberta in the childcare field, is to link the amount of the wage supplement to educational qualifications.

Though correlation between education and quality of work is not exact, research does indicate a discernible relationship. So, linking the wage top-up to academic training is reasonable as something of a proxy for better care.

On the flip side, experience in the early learning and care sector has been that wage top-ups paid to employees of for-profit entities are hidden cross-subsidies for acquiring private property (i.e., ownership of facilities, such as buildings) and in increasing profitability. As well, the better quality of care they make possible allows for higher fees to be charged. So, in economic terms, without additional regulatory measures — such as caps on fees — subsidies paid in these situations are less efficient in improving quality.

The COVID-19 pandemic and its economic fallout are unprecedented. Government support in the face of this is understandably less nuanced than might be desired. But resources are not unlimited. As we move past the crisis, we should think harder and more deeply about how we can get the best ‘bang for the buck’ out of public dollars.