A Website of The Centre for Public Legal Education Alberta
You are here: Home / Special Report / 41-3: The Judiciary / Scrutinizing the Bench: Judicial Appointments in Canada and England and Wales
Reading Time: 5 minutes 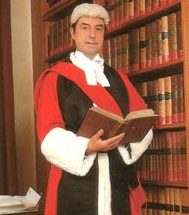 When judges are sworn in to judicial office in Canada and England and Wales, they recite a common oath of office. A judge promises “to do right to all manner of people after the laws and usages of this realm, without fear or favour, affection or ill will.” Alluded to in this shared oath is the principle of judicial independence, the notion that judges should be free to make decisions fairly and impartially in accordance with the law, without interference from the State.

The JACs system was recently changed in October 2016. Reversing the changes introduced by the Conservative government in 2006, the government under Prime Minister Trudeau revised their composition and mandate. Historically, members of the senior judiciary in both countries were simply selected by the executive and appointed by the monarch. The process raised legitimate questions about political involvement in the selection process and its potential impact on judicial independence (or at the very least, the perception of independence). Reforms to address these concerns have been enacted in both countries along similar lines, although there remain some important differences.

Scrutiny of the judicial selection process should continue to be of general public concern. The rigour of the selection process and the calibre of the individuals selected under that process is a reflection of the quality of justice and the role the judiciary plays in each country’s constitutional framework.

Appointment of judges in England and Wales

When the judicial selection process in England and Wales was changed in 2005, it was intended to address the opacity and secrecy which characterized a system whereby judges were chosen by receiving the proverbial “tap on the shoulder” by the Lord Chancellor (the member of Cabinet responsible for the Ministry of Justice). The changes brought about by the Constitutional Reform Act 2005 (CRA) were sweeping. The Act established the Judicial Appointments Commission (JAC), an independent body which would select candidates for senior judicial office. The JAC is composed of fifteen Commissioners (the Chairman, six judicial members, two professional members, one non-legally qualified judicial member, and five lay members). Under s. 63(2) of the Act, selection must be solely on “merit”, the meaning of which is not expounded in the legislation but has been interpreted by the JAC as including qualities such as intellectual capacity, communication skills, and leadership.

Court, gender, ethnic and social diversity continue to be issues for the U.K. judiciary. Canada faces similar challenges.Although the JAC chooses a candidate for appointment, the Lord Chancellor retains the ability to accept, reject, or ask the JAC to reconsider the nomination for senior judicial positions. Once a name has been accepted, the recommendation is sent to the Queen, who makes the formal appointment. The selection of justices for the Supreme Court of the United Kingdom differs slightly with a specifically constituted commission for that purpose and requires the Lord Chancellor to consult certain senior judges, but the process is broadly similar.

The modern process for selection of judges in England and Wales differs markedly from its predecessor. The Lord Chancellor now plays a limited role. Parliament’s role is equally restricted; although the Lord Chancellor is accountable to Parliament for the appointments process, there are no parliamentary appointment hearings, nor do parliamentarians sit on the selection panels. The JAC has become the primary body responsible for judicial selection, a nod towards the need for greater accountability and fairness in the appointments process.

Canada, too, has had a coloured history of judicial selection. Prior to 1989, patronage and partisanship were rampant in the making of appointments to the superior and federal courts. In 1989, reforms initiated by Prime Minister Mulroney established the basis of the modern selection system. Although sharing the same acronym, instead of a singular Judicial Appointments Commission as in the United Kingdom, multiple Judicial Advisory Committees (JACs) were established in Canada. The JACs, of which there are seventeen with at least one representing each province and territory, assess applicants on the basis of published assessment criteria which include factors like professional competence and personal characteristics.

The modern process for selection of judges in England and Wales differs markedly from its predecessor. The Lord Chancellor now plays a limited role. Parliament’s role is equally restricted; The JACs system was recently changed in October 2016. Reversing the changes introduced by the Conservative government in 2006, the government under Prime Minister Trudeau revised their composition and mandate. JACs now consist of seven members, consisting of representatives of the bar, bench, and the general public. The law enforcement representative was removed, and voting rights were restored to the judicial members. In addition, JACs would use the pre-2006 categories of “highly recommended,” “recommended,” or “not recommended” when reporting to the Minister of Justice, who would then make a recommendation to Cabinet. The Governor General, acting on advice of the Cabinet, would then finalize the appointment.

In August 2016, the government also introduced a new selection process for Justices of the Supreme Court of Canada. A seven-member independent Advisory Board will review applicants for the country’s highest court and unlike in the United Kingdom, the nominee would appear before a parliamentary committee to respond to questions prior to their appointment.

There is no doubt that the changes to the judicial selection process in both Canada and England and Wales have had a positive impact, especially in respect of judicial independence. However, although excellent candidates continue to join the bench, further work is needed to promote judicial diversity.

Historically, members of the senior judiciary in both countries were simply selected by the executive and appointed by the monarch. A cursory look at the composition of the U.K. Supreme Court reveals obvious deficiencies, perhaps best illustrated by Lord Neuberger, President of the Supreme Court, in a speech before the Bar Council in November 2016: “we have one white woman and 10 white men, and, although two of the 11 were not privately educated, none of us come from disadvantaged backgrounds.” Although the figures are not quite as stark for the Court of Appeal or the High Court, gender, ethnic and social diversity continue to be issues for the U.K. judiciary. Canada faces similar challenges. Although certain JACs have made great strides in this respect, there are regional disparities, and on the whole there remains a dearth of aboriginal and ethnic minority judges who are represented on the bench.

There are pending opportunities to redress the balance. The U.K. Supreme Court is due to have five judges retire by the end of 2018. Numerous vacancies in superior courts across Canada are also available and need to be filled urgently to address the delays being faced by litigants in a number of provinces. Although merit will (and should) continue to be central in selecting judges to fill those roles, the selection process must also account for the increasingly diverse legal profession in Canada and England and Wales if it is to remain suitable for the modern era.