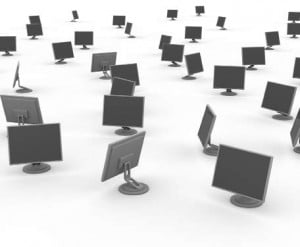 The Internet has been one of the most transformative vehicles for change in recent history. For example, Web 2.0 phenomena, such as social networking, are indicative of a more profound social change as the first generation to grow up in an Internet world begins to change the rules of how we choose to interact with others especially in the context of the younger, Internet- savvy generation.

Social networking websites are places where individuals may post personal information about themselves and establish electronic relationships with others.

Examples of such websites include Facebook, MySpace, Friendster, Nexopia, LinkedIn, Twitter, and many others. This phenomenon has grown rapidly, is quite widespread, and permits an individual to reach out and connect with a new electronic community without borders. As a result, the members of such websites may find that they have interests in common with other users in communities that are geographically very distant.

Interestingly, for those who grew up with a concept of privacy, many social networking site users share a wide range of very personal information about themselves on the Internet. It is estimated that 61% of 13 to 17 year-olds have an online profile and about half of those include photographs.[1] A 2008 University of Guelph study by Amy Muse found that Facebook postings typically include birthdates, email contact information, relationship status, and personal interests.

Of those surveyed, 42% would provide their city and 24% their phone number. The same study found that participants had a high willingness to post photos of themselves on the site — about 60% to post swimsuit photos, 36% to post photos “making out”, 35% to post photos doing something illegal, and 21% to post naked photos. A very different view of privacy indeed.

Emily Nussbaum, writing “Say Everything” for nymag.com suggests we are witnessing a true generational shift and that the younger generation has a different sense of privacy coming from, among other things, living in a surveillance society. Nussbaum also notes that this new generation sees itself as having an audience. They create and share their life experiences with others — an open diary that they share with the world. As a result, they may be developing thicker skins to respond to the cyber bullies, freaks, and abusers of the Internet. They seem to embrace the multimedia world with the proliferation of camera cell phones. One can now expect to see cameras used at a wide range of social functions and the resulting pictures posted on social networking sites.

The benefits of expanded connectivity also bring new legal risks and problems. Some of these risks surround the information people may post about themselves and some around information posted by or about others. Two important legal considerations that should be considered in light of such conduct are the law of defamation and the law of privacy. Both topics have been addressed in an earlier article “Social Networking and the Law” (LawNow Sept/Oct 2007) This article explores additional aspects of how Canada’s privacy law interacts with social networking postings and activities.

The potential use of information posted on social networking sites for criminal purposes or to victimize the individual has been the topic of much discussion and is not considered in this article.

Social networking sites typically require users to click to agree to the terms of use and the privacy policy of the social networking site that they sign up for. These terms caution users that information that they post may not be private, and explain which settings users can set to manage their privacy. However, few youth read the terms they are agreeing to or use the privacy settings that are available. Unfortunately, many users of social networking sites do not differentiate between inbox postings which are private, and wall postings which are provided to the broader group/world.

A further problem is the persistence of the information posted on the Internet. While many young people who do not like the way their social networking site is evolving merely seek a “do over” and abandon the earlier site to set up a new one, the information is still available on the original site.

The persistence of this information means that teenagers’ postings today may well be read in the context of their reviews for a position of Vice President in the coming decades. They may regret some of their youthful exuberances … but then reviewers of such information at that time may well have more tolerance for such excesses than does the current generation.

The law continues to evolve as it confronts the widespread posting of intimate and private personal information on social networking sites. The law will also need to adapt to the unintended uses of that information and perhaps the standard of what is reasonable to post may itself change over time. In the coming years, we will see legal decisions begin to define how publicly available such information really is, what protections (if any) are available to individuals who post such information about themselves, and what steps people can take to correct or redact the personal information (or another) may have previously posted.

In the meantime, some protective steps that users of social networking sites should consider include:

The posting of personal information on social networking websites does not preclude the need to consider the legal implications of such conduct. Users should exercise some careful thought before pressing send.

1. 2006 US Government study, as reported by Emily Nussbaum, Say Everything.