You are here: Home / Feature Articles / 43-5: How We Make Our Laws / The Continuing Relevance of International Law in Canada
Reading Time: 6 minutes 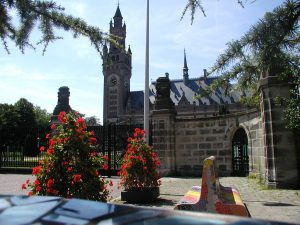 To some Canadians, international law may be perceived as an amorphous body of law with little, if any, direct impact on their day-to-day life. After all, international law was historically referred to as the “Law of Nations”: the laws which governed the conduct of sovereign states as actors on the international plane. What relevance could international law possibly have to a farmer harvesting crops for export just outside of Lethbridge, an immigrant living in the Edmonton suburbs or a member of the Kapawe’no First Nation?

The Supreme Court of Canada’s decision on these important issues will undoubtedly have a significant impact on the liability of Canadian multinational corporations operating abroad and the avenues through which human rights violations which occur in other states can be resolved in Canadian courts.A surprising amount, in fact. International law is received into the Canadian legal system in a number of different ways, which can have important consequences on commerce, the development of infrastructure, the protection of civil liberties, and so on. For instance, the trade agreements that the Government of Canada signs with other nations may provide Canadian businesses with access to new products and markets. Moreover, international law is no longer just concerned with state-to-state interactions; it is well-accepted that individuals are also subjects of international law, which has implications on their treatment under international human rights law. The place of international law in Canada and in litigation before the Canadian courts is certainly not insignificant and should not be understated.

It is perhaps first worth considering what we mean when we talk of “international law”.  The sources of international law are set out fully in Article 38, paragraph 1 of the Statute of the International Court of Justice, but for our purposes we will consider the two main sources:

Sometimes a rule of international law is readily apparent – for instance, one can turn to the UN Convention against Torture and identify the obligation requiring states to prevent acts of torture in their respective jurisdictions. In other respects, it can be difficult to determine whether international law even exists. For example, scholars and legal experts may sometimes dispute whether the practice of states is sufficiently consistent so as to constitute a rule of customary international law, or may have difficulty demonstrating the subjective intention of states in relation to a particular state practice.

Canada’s Hybrid Approach to the Reception of International Law

The place of international law in Canada and in litigation before the Canadian courts is certainly not insignificant and should not be understated.Treaties are effectively agreements which are signed by the executive branch of government (i.e. the Government of Canada) with other states and subsequently ratified so as to create binding legal obligations on Canada as a matter of international law. However, signature and ratification are not sufficient for the treaty to apply as a matter of domestic law. The treaty must undergo a process of “transformation”, whereby the treaty is implemented, generally by means of legislation in the relevant Canadian legislature, for it to form part of Canada’s domestic law.

…signature and ratification are not sufficient for the treaty to apply as a matter of domestic law. The treaty must undergo a process of “transformation”… By way of illustration, two recent developments highlight some of the ways that both these sources of international law have been considered in Canada.

The case of Nevsun v Araya originated in the courts of British Columbia. Three Eritrean nationals sued Nevsun Resources Ltd, a B.C.-incorporated company, alleging that the company was complicit in human rights violations committed by the Eritrean state and military which occurred at the Bisha mine in Eritrea. Nevsun raised a number of jurisdictional objections against the claim in the lower courts, which were dismissed by the Supreme Court of British Columbia and subsequently the Court of Appeal of British Columbia. Nevsun appealed to the Supreme Court of Canada, who heard oral arguments earlier this year in January.

The Supreme Court of Canada’s decision on these important issues will undoubtedly have a significant impact on the liability of Canadian multinational corporations operating abroad and the avenues through which human rights violations which occur in other states can be resolved in Canadian courts.

What relevance could international law possibly have to a farmer harvesting crops for export just outside of Lethbridge, an immigrant living in the Edmonton suburbs or a member of the Kapawe’no First Nation?On November 30, 2018, Canada, the United States and Mexico signed a new multilateral trade agreement which is intended to replace the North America Free Trade Agreement (NAFTA). Although many of the NAFTA provisions remain intact, the treaty overhauls a number of rules, including in relation to regional content and labour standards requirements in automobile supply chains, access to the Canadian dairy market, among others. Additionally, CUSMA completely rewrites the investor-state dispute settlement (ISDS) mechanism previously established in Chapter 11 of NAFTA, replacing it with a patchwork of bilateral dispute resolution mechanisms. Under CUSMA, investor-state arbitration will be eliminated between Canada and the United States, but will continue between the United States and Mexico on a more circumscribed basis. As between Canada and Mexico, investors will still be able to make claims under the traditional ISDS mechanism, albeit under an entirely separate trade agreement, the Comprehensive and Progressive Agreement for Trans-Pacific Partnership, which came into force at the end of last year.

The rules of reception refer to the means by which international law takes effect in domestic law, and Canada takes a different approach depending on the source of international law in question.  However, as noted above, signature is not the end of the road. As a multilateral treaty, each of Canada, the United States and Mexico must ratify and implement the treaty in accordance with their respective laws, a process which is far from concluded particularly in light of the political controversy surrounding the treaty in the United States Congress. Moreover, in Canada, with Parliament rising for recess in June and a federal election on the horizon in the autumn, it remains to be seen whether CUSMA will see the light of day as an implemented treaty in Canadian law, at least in the immediate future.

These are only two examples of ongoing issues of international law in Canada, and there are of course a plethora of other examples – the impact of the United Nations Declaration on the Rights of Indigenous Peoples (UNDRIP) and the efforts to implement it in Canada on the rights of Aboriginal peoples, the implementation of the Paris Agreement on climate change, and the high-profile extradition proceedings of Huawei’s CFO Meng Wanzhou, to name but a few. Suffice to say, Canada continues to be an active player in the international community and as such, international law will remain of continued relevance in Canada and its legal system in the years to come.