“I couldn’t raise my children here, there were mice, cockroaches… every day.  I accepted this as part of my life for too long.  What changed was a light went on in my head, and I realized that this was not right.” 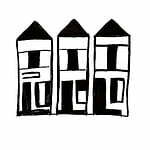 Fatima is one of nearly 25 low-income tenants who decided to take their corporate landlord to court.  She is a resident of Ottawa South’s Herongate community, a neighborhood of mostly high rise apartment complexes which has an earned reputation for substandard housing and petty crime.  Residents here often make complaints that their apartments and townhouses are unfit for habitation and that their landlords often fail to make the necessary repairs or treat mice and cockroach infestations.

In January of 2012 CBC Marketplace ran an investigative report on one of the Herongate neighborhood’s biggest landlords, Transglobe REIT.  Titled, “Trouble for Rent”  the CBC alleged that Transglobe engaged in systemic negligence in the management of their properties.  Transglobe’s tenants complained that their requests for repair were often ignored. These complaints varied, from minor issues like a broken tile, to very serious problems such as mold in a child’s bedroom.  The reporters visited a Herongate resident’s apartment and were shown two broken windows.  The reporters simply shook their heads when they learned that the woman had complained repeatedly to management.   After the CBC report, not much changed for Herongate’s residents.  In fact, most tenants said that things got worse.

At the same time George Brown and Ottawa ACORN were organizing behind the scenes for what would prove to be a more effective campaign.  ACORN is a not-for- profit organization that had been organizing tenants to press both the City and the landlords for healthier homes and greater accountability.  ACORN’s Ottawa chapter is headed by Jill O’Rielly, a community organizer with almost limitless energy.  George Brown is an Ottawa-based lawyer and former city councillor reminiscent of Studs Terkel’s “roll up your sleeves” community work.  George enlisted the help of two young lawyers, Derek Shroeder and Oriana Polit, and a small group of University of Ottawa law students, to force Transglobe and Herongate’s other landlords to repair their properties by bringing them to court.

In January of this year the volunteer group held its first legal clinic at the Herongate Community Centre.  More than forty tenants braved the cold to tell the group of law students their stories of mice, cockroaches, filthy carpets, bed bugs, burst pipes, leaking roofs, month-long floods, fires, and insults.  These stories were meticulously documented and evidence such as photos and work orders were carefully collected.  Beginning in May the group began to steadily file T2 and T6 applications to the Landlord Tenant Tribunal.

The Residential Tenancies Act allows tenants to file tenant’s rights applications (T2 and T6) if the landlord has breached their obligations under the Act to keep the unit in a good state of repair.  If the Landlord Tenant Tribunal decides that the unit’s disrepair has reduced its value they will order the Landlord pay an abatement, which acts as a rent refund.  This presiding Board member has discretion over what the amount will be, but it will generally vary depending on the severity of the breach and how long it has affected the tenant.

In June the hearings began.  The different landlords were represented by experienced paralegals who were often tough negotiators and masters at delaying the process.  The group of young students quickly learned lessons on fighting adjournments, providing disclosure, and thinking on our feet.  Twenty tenants have thus far been represented and a great majority of them have had successful outcomes via mediation, abatement awards, and orders for repair made by the Board.

The process has been far from perfect.  Many tenants were unable or unwilling to pay the $45.00 filing fee, while others were frustrated with the slow process in getting claims before the tribunal, and the procedural elements that prevented them from speaking up during a hearing when they wanted to.  Each tenant, though, showed a visible sense of empowerment at some point in the process.  Fatima explained it as her “light bulb moment”, while others had their moments when they told their story to someone who was truly listening, when they became aware of their rights under the Act, or when they faced their landlords in administrative court.  The exercise has been empowering for the first year law students involved as well.  First year students often have the passion and enthusiasm but find that there is little opportunity to use their emergent skills towards a good cause.  Currently ACORN is working to build stronger relationship with the University of Ottawa to draw more volunteer law students.  After all, the key ingredient of this whole process was the dedication and hard work of volunteers.

Eric Girard is a second year law student at the University of Ottawa and a volunteer with Ottawa ACORN.