A Website of The Centre for Public Legal Education Alberta
You are here: Home / Special Report / 40-3: State of Our Jails / Aboriginal Offenders
Reading Time: 7 minutes 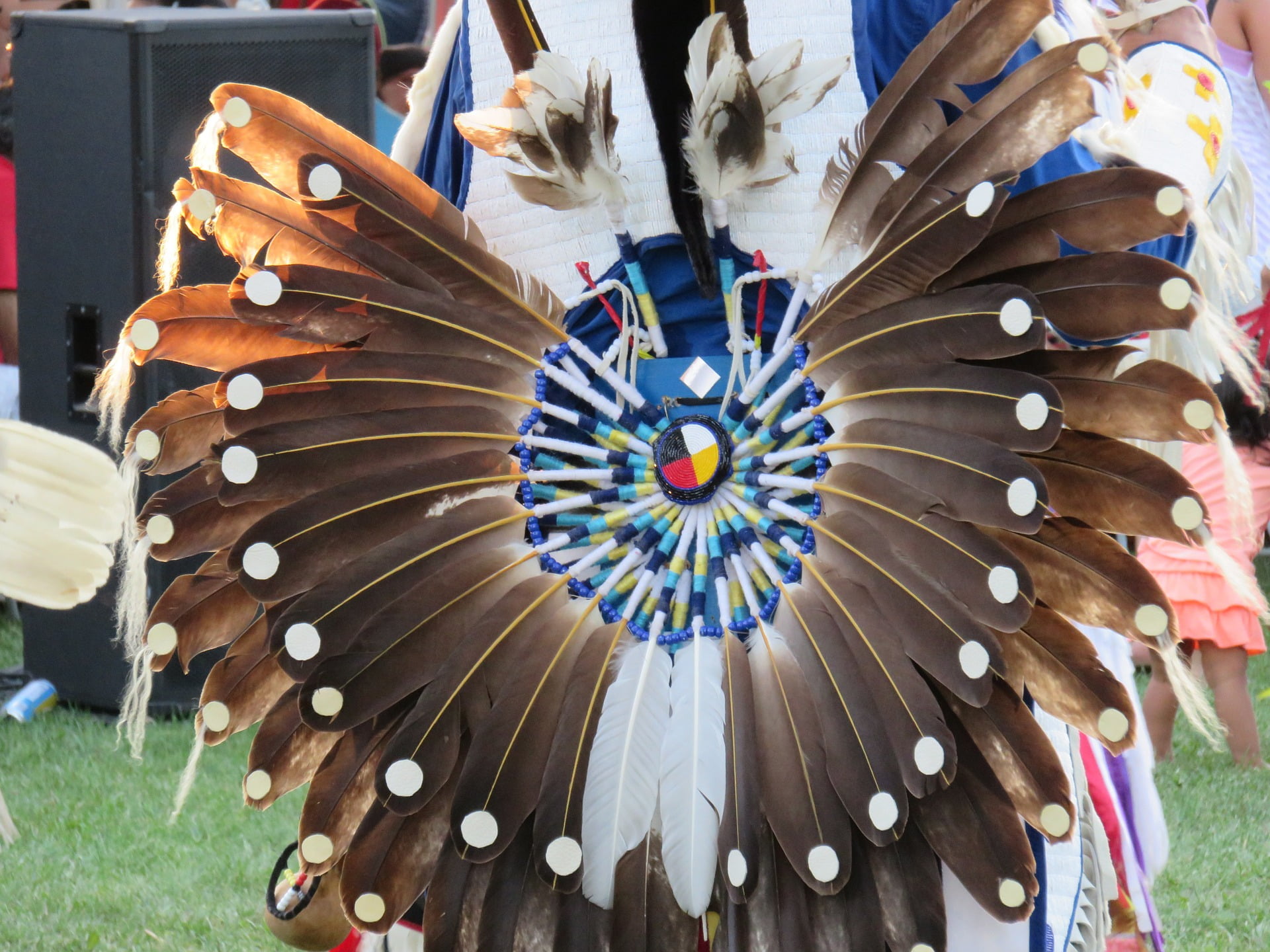 Much has been written about the alarmingly high numbers of aboriginal Canadians who spend time in our jails and penitentiaries. Hundreds of thousands of pages of texts, court decisions, reports and inquiries have been published about why so many indigenous Canadians end up in custody, and what happens to them once they are there. In this article I will try to provide an overview of at least some aspects of this situation and what has led us to where we now find ourselves, as a society and country.

In short, our courts and correctional systems – as in our society in general – are still coming to terms with, and attempting to address and undo, the results of decades of institutional and personal racism aimed at the destruction of aboriginal communities, cultures and practices. Canadians like to think of themselves as a fair and open-minded people but in recent years we have been forced to face a darker part of our past. In short, as much as we would like to think otherwise, the ugly truth is that Canada has historically been a racist country. More than one non-white minority has experienced this at different times, but none has suffered the brunt of Canadian racism for as long as our aboriginal citizens. This has taken both official and unofficial forms. Over many decades both before and especially after Confederation, many laws were enacted which amounted to a regime of official racism. Various Parliamentary enactments prohibited traditional practices of aboriginal persons, denied them basic rights, forced many onto reserves, and generally, sought to wipe out all remnants of their cultures and languages in an effort to assimilate them into mainstream society. Unofficially, governments, their officers, and individual Canadians adopted and practiced racist views and actions in many ways.

Sadly, Canadian courts were no different. Judges, prosecutors, police and defence lawyers were all the products of their times. These were the institutions and officials whose role it was to enforce the racist laws enacted by elected representatives (though it must be noted that aboriginal Canadians did not help to choose these representatives, as one form of the racism to which they were subjected was the denial of the right to vote, until the 1960s). Even laws which seemed to apply to everyone equally were often applied more harshly against aboriginal persons. For many years, for example, young indigenous first-offenders were imprisoned for crimes which, had they been white and from “nice middle class homes”, would have resulted in probation, a fine or some other much more lenient sentence. And this is not a practice which ended 50 or 60 years ago. As a criminal defence lawyer I still see criminal records for aboriginal persons whose first offences were committed in the 1970s and early 1980s who were sent to jail in situations where a white young person guilty of the same crime would have been sent home with a probation order and community service work to be performed. Sadly, as many commentators have noted over the years, “growing up Indian” meant, as a matter of course, spending time in jail.

The individuals who went through the residential school experience grew up not knowing or seeing anything by way of parental guidance and affection, and left the schools having little or no idea of how to parent and raise their own children. As a result of changing attitudes, various public studies and debates, and a number of public events and controversies, an awakening to this ugly side of Canadian reality started to take place in the 1990s. In 1996 Parliament amended the Criminal Code to include a provision (Section 718.2(e)) specifically directing courts to exercise restraint, and to consider the particular situation of aboriginal persons as they formulated the sentence to be imposed for crimes committed by native offenders.

In 1999, the Supreme Court of Canada interpreted and explained for the first time what Parliament had intended by enacting this provision, and how lower courts should apply it. In the Gladue decision, the Court said sentencing judges were to consider the circumstances of aboriginal offenders carefully and individually, and with an eye on the systemic and historical factors which might have impacted their current behavior. Sentences were to be formulated with cultural characteristics in mind. This did not mean aboriginal offenders would necessarily be treated more leniently, especially where violence was involved. But, the Court did indicate that alternate forms of punishment should be considered in at least some cases involving First Nations accused.

Clearly, the correctional system is failing aboriginal offenders and the communities from which they have come and to which they are likely to return.Unfortunately, despite the Supreme Court’s decision in 1999, the situation did not change noticeably. In 2012, in a case called Ipeelee, the Court issued another powerful ruling directing lower courts in their use and consideration of s. 718.2 of the Code and observed that, instead of falling, the numbers of aboriginal Canadians in our jails and penitentiaries had actually increased since the decision in Gladue. Somewhat more forcefully, the Court pointed out that historical events such as the forcible confinement of aboriginal children in residential schools; the dislocation of aboriginal communities from their ancestral lands and territories; and years of racist and colonial policies and laws all influenced the lives of aboriginal persons, including those who end up before the courts for having committed criminal offences. The Judges noted the higher incidence of poverty, lack of education, substance abuse and other social challenges and problems in so many First Nation communities and drew a connection between such background factors and the moral culpability of aboriginal offenders. The lower courts were again urged to approach the sentencing of aboriginal offenders differently and to consider forms of punishment which might have a more meaningful effect, at least in situations where a threat to public protection and safety was not considered pressing.

In at least some situations, imprisonment is the only viable option. In both the Gladue and Ipeelee decisions, the Supreme Court of Canada explicitly confirmed that as the types and results of criminal conduct increase in severity, so too will the judicial and penal response. The more serious and more violent the criminal behavior, the more likely imprisonment will be imposed, for both aboriginal and non-aboriginal offenders.

However, imprisonment alone is rarely, if ever, an effective response to criminal conduct over the long term. Except in cases where offenders must be kept in custody for the rest of their lives, incarceration must have a rehabilitative component if the individual is to be released safely back into mainstream society.

Statistics from 2013 and 2014 suggest the rate of incarceration of First Nations persons has not noticeably changed.Unfortunately, once aboriginal persons are placed inside our correctional institutions, authorities seem unable to provide much by way of meaningful long-term assistance. Culturally relevant correctional programs remain an on-going challenge for the Correctional Service, perhaps in part because of the diversity of aboriginal traditions and backgrounds. In Western Canada there are now three male and one female healing lodges – correctional facilities which are meant to be operated according to First Nations values and principles. However, these facilities together can house around 200 inmates out of a total of over 3,000 aboriginal offenders in the federal correctional system. Furthermore, being located in Western Canada means it is mainly the values and cultures of aboriginal communities from this part of the country which are represented. First Nations and Inuit offenders from the north and other parts of Canada do not necessarily have the same traditions and customs, so attempts to be accommodating usually fall short in relation to those inmates.

Clearly, the correctional system is failing aboriginal offenders and the communities from which they have come and to which they are likely to return. According to the Correctional Investigator – Canada’s “ombudsman” for federally sentenced prisoners – First Nations men and women are usually assessed as being higher security risks than other prisoners, serve more time on their sentences before being released, and are more likely to be returned to custody when they are granted any form of early release. Only where Correctional Services is able to take the time and spend the money on programs aimed specifically for aboriginal persons do the statistics suggest reason for optimism. In his 2013-2014 report, for example, the Correctional Investigator noted that allowing aboriginal prisoners escorted absences to permit them to attend cultural and traditional community events often led to better long-term results for those individuals when it came to successful rehabilitation and reintegration back into their communities.

So much of where we find ourselves at this time seems to relate back to the historical factors discussed in the Supreme Court decisions mentioned above, and in particular, the residential school experiences of so many aboriginal Canadians. The individuals who went through the residential school experience grew up not knowing or seeing anything by way of parental guidance and affection, and left the schools having little or no idea of how to parent and raise their own children. Many turned to alcohol in an effort to deal with their own experiences, and the anger and shame they carried often revealed itself in various forms of violence, both in the home and outside. Until these historical factors, and their lingering results, are dealt with directly by Correctional Services at all levels, the prognosis for the future is not good.

Sadly, as many commentators have noted over the years, “growing up Indian” meant, as a matter of course, spending time in jail.When it issued its Report and recommendations in 2015, the Truth and Reconciliation Commission of Canada included a number of “Calls for Action”. Some of these aimed at changing how aboriginal offenders are dealt with in the courts and inside our correctional systems. The Commission called upon the Government of Canada to build more aboriginal healing lodges, and to expand the availability, use and content of aboriginal-specific programs both inside and outside our correctional institutions. Because of the high incidence of Fetal Alcohol Spectrum Disorder among First Nations populations, the Commission also called for reforms in how our courts and corrections systems address the needs of persons afflicted by that challenge. Like the Supreme Court before it, the Commission also called for greater input by aboriginal communities in determining the appropriate penalties for criminal conduct and, where possible, the establishment of aboriginal justice systems to deal with some offenders and some criminal conduct in ways which are more conducive to addressing the underlying causes of such behaviours.

Canadians like to think of themselves as a fair and open-minded people but in recent years we have been forced to face a darker part of our past.In short, our courts and correctional systems – and our society in general – are still coming to terms with, and attempting to address and undo, the results of decades of institutional and personal racism aimed at the destruction of aboriginal communities, cultures and practices.

Experience clearly demonstrates that locking offenders away is not enough – and may actually be contrary – to protect and promote community safety in the longer term. Until the underlying personal challenges and difficulties which led individual offenders into conflict with the law in the first place are addressed, criminal behavior will likely continue. Until our correctional systems, at all levels, begin to address the needs of inmates in a meaningful individualized fashion, there is little reason to hope that we will see much change. For aboriginal persons and communities, the injustices and unfairness of the past will only continue.