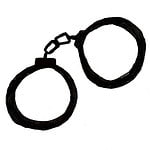 It seems that almost every lawyer who has travelled from southern Canada to practice law “North of 60” ends up writing about his or her experiences at some point. Almost all of those who are drawn to this part of Canada are struck by the geographical and physical beauty of this land, and by the personal, cultural and social situations and histories of the peoples who have lived here for generations before us.

I confess I am no different.  I first started coming to the Northwest Territories to travel on circuit with the Territorial Court in the spring of 2010 when I was still living and working in Edmonton.  Over the following two years the place, the people, and the experiences, grew upon me to the extent that after more than 25 years of practicing law in Edmonton I decided to close my office there and to resettle in the north.  At the end of June, 2012 I made my last court appearances in Alberta, packed my car, and drove north to begin a new chapter of my career and my life.  For the last 18 months I have worked as criminal defence counsel in Yellowknife as a member of the legal aid organization (the Legal Services Board of the Northwest Territories) which provides representation for the indigent who find themselves in conflict with the law.

Canadian history includes some dark and terrible moments involving efforts by white European society to subjugate and destroy aboriginal communities and culture on a widespread basis.

In the next three columns I will try to describe some aspects of criminal defence practice in this part of Canada’s north, from both a personal and professional perspective.  In so many ways and on so many levels, this setting is one of stark contrasts: the land is at once beautiful and intimidating; and the climate varies from surprisingly hot and dry in the summer, to cold and dark in the winter.  The communities where we work as defence counsel also reflect contrasts, as they are both afflicted by deep-rooted social problems and personal tragedies, and blessed with resilient individuals and aspirations which cannot be denied.

In general terms, the substantive law is the same here as it is in every other part of Canada.  The Criminal Code applies across the country, of course, and it is enforced in the Northwest Territories (and the other territories as well) by the R.C.M.P. (there are no municipal or territorial police forces in Canada’s north).  Just as the police operate complicated undercover operations to detect drug trafficking, in the north they also investigate and charge those involved in bootlegging operations.  As is the case everywhere, the charges laid and prosecuted in the courts here reflect different aspects of the realities of life in this part of the world.  Sadly, the abuse of alcohol is a widespread problem in the Northwest Territories, and this is apparent from the overwhelming number of criminal files which involve the intoxication of one or more of the persons involved in the events in question.  Sexual assaults are a disproportionately frequent occurrence, usually committed while one or both of the persons involved are extremely drunk.  As well, the incidence of family violence is high, and again, is often fueled by the excessive consumption of alcohol usually, but not always, by the perpetrator.

As is the case with the trafficking of illegal narcotics in southern Canada, bootleggers are active in the north, with the result that even in remote, legally “dry” communities it sometimes seems to be very little problem for individuals to purchase bottles of liquor, the consumption of which leads to much personal, family and community-wide turmoil and distress.  Just as the police operate complicated undercover operations to detect drug trafficking, in the north they also investigate and charge those involved in bootlegging operations.  Shipments are sometimes intercepted as they are brought in to isolated communities by plane or boat, the contraband confiscated and destroyed, and charges laid under the Territorial liquor laws.

The differences of our northern setting are apparent in other situations too.  For example, in many communities, quads and snowmobiles are used as often as trucks and automobiles.  Even in Yellowknife, with the exception of four blocks in the downtown core, snowmobiles are a legal and common means of transportation.  This is often reflected in impaired driving cases: in some places there are as many impaired driving charges laid in relation to the operation of snowmobiles, for example, as cars or trucks.  I should add, however, that impaired driving is as much frowned upon here as anywhere else in Canada.  Members of the communities are increasingly reporting suspected intoxicated drivers to the police, who often have little difficulty in locating and arresting offenders. Most places are so small everyone, including the police, knows who everyone else is, and where they live.  Persons who are convicted and who are then ordered not to drive again are specifically warned that the court’s order includes the operation of snowmobiles and quads.

Even now, two or three generations removed from the era of the Residential Schools, the children of those who suffered abuse and mistreatment in those institutions often end up before the courts.

Over the last 10 or 15 years, Canadian courts have become more aware of the historic and systemic factors which have led so many aboriginal Canadians into conflict with the law.  Canadian history includes some dark and terrible moments involving efforts by white European society to subjugate and destroy aboriginal communities and culture on a widespread basis.  The Residential Schools are perhaps the most well-known manifestation of this history of colonialism, but there are other examples too, including the destruction of the traditional way of life for those who were historically a nomadic society.  In 1999 and again in 2012, the Supreme Court of Canada specifically recognized and confirmed that these historical events continue to play a role which contributes to the well-known fact that, compared to their numbers in the general population, aboriginal citizens make up a disproportionately high percentage of prisoners and inmates in our correctional centres and institutions.

Every day in northern courts we see on a very personal level the sad results of these historical Canadian policies.  Even now, two or three generations removed from the era of the Residential Schools, the children of those who suffered abuse and mistreatment in those institutions often end up before the courts. They have committed offences, usually while intoxicated, fueled by deep-rooted anger and resentment. These feelings can be traced back to the upheaval and despair in their earlier lives as their parents tried to cope with their own scars and wounds left by mistreatment at the hands of priests, nuns, teachers, and others into whose care they were forced.  One has only to hear a single such personal history – of a poverty-stricken childhood plagued with parental drinking and violence as a father or mother (and sometimes, both) tried to come to terms with their own childhood demons – to realize that such tragedies really do have an inter-generational ripple effect. The events of many years ago continue to have a very real and direct impact on the lives of individuals to this day.

In my next column I will review and discuss some unique and special aspects of sentencing offenders in a northern setting.