You are here: Home / Viewpoint / Viewpoint 37-4: The Economy and The Environment
Reading Time: 3 minutes 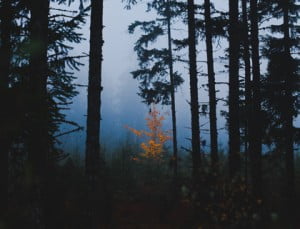 The economies that will dominate in the future will be those that embrace environmental challenges and see them as opportunities and not cost.

For the longest time, the message has been that dealing with environmental issues incurs a cost to the economy that will harm our competitiveness. More and more, however, there is a growing understanding that economic and environmental interests are two sides of the same coin; that we cannot really have one without the other.

The economic and other risks of the most threatening of environmental issues, climate change, are literally infinite. For those concerned that dealing with it will kill jobs, consider the number of jobs that have been killed because we have not dealt with it. Canadian forests have been diminished by the spread of the pine beetle, which is impeded by the kind of sustained cold weather that we no longer see. Canadian fisheries are producing only 40% of the harvest that they produced just years ago, stocks being damaged, at least in part, by climate change impact on their habitat. The increasingly violent, climate-change-fueled storms are creating enormous damage. Drought and floods are damaging our agricultural industry. How many jobs were lost and how much cost was incurred in New York as a result of Hurricane Sandy? The insurance industry estimates that increasingly violent storms are causing $170 billion in annual damage world-wide, four times the cost of just decades ago.

On the other hand, dealing with climate change can stimulate a productive, creative, 21st century economy. Consider the economic diversification and jobs that would be created by a focus on renewable energy development, retrofitting for conservation of energy, and the “energy” that would be generated in our country and economy by leadership inspiring us to meet this challenge.

With relatively little government investment, Ontario has created a $42 billion solar industry. And, we should not underestimate the economic significance of our tourism and out-door recreation industries, both profoundly reliant upon a pristine environment. In addition, and ironically, getting really good on climate change and other environmental issues may be the only way to sustain our traditional oil and gas economy. Canada’s single international market for oil and gas is the U.S., and the U.S. is likely to be self-sufficient in both within 10 to 15 years. Moreover, as long as we are limited to North American markets, we are losing as much as $35 per barrel compared to international prices. There is tremendous pressure to diversify our markets. 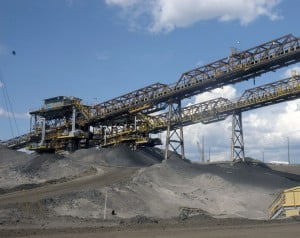 It’s a new era. The delays to the Gateway and Keystone projects have underlined that we need to earn the social licence – society’s permission – to build our oil and gas projects and sell our traditional oil and gas products if we are to sustain this industry which is so critical to our economy. To do this, we have to demonstrate that we are serious about dealing with climate change and other environmental issues related to the industry.

There are some encouraging signs. President Obama, in his inaugural speech, emphasized the devastating impact of climate change. New York’s Mayor Bloomberg endorsed Obama in the recent election based upon his assessment that Hurricane Sandy was a consequence of climate change. The president of the IMF stated recently that the single greatest challenge to world economies is climate change. These are important calls to action.

Many leaders in Canada’s oil and gas industry are calling for a carbon tax as the most efficient way to provide them with some sense of certainty, focus the economy’s attention on reducing emissions and send a particularly powerful message to earn social licence. Increasingly, there are signs that Canadian political leaders are understanding how the environment, earning social licence and sustaining our oil and gas industry are inextricably linked.

While there are many reasons to respect and promote our environment, its importance to the economy is especially compelling. Understanding and acting upon this relationship is not an economic threat; it will herald the emergence of a competitive, sustainable economy that will be the envy of the world.