A Website of The Centre for Public Legal Education Alberta
You are here: Home / Feature Articles / 45-1: COVID-19 / Foreclosures in Alberta: The return of the ’80s?
Reading Time: 6 minutes

When the pandemic hit, mortgage companies quickly realized the potential for a large upswing in mortgage defaults due to job losses. As a result, many offered homeowners an opportunity to defer their mortgage payments for up to six months. 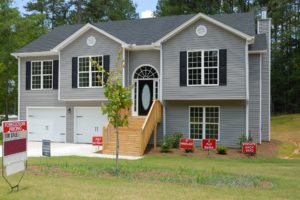 Photo by paulbr75 from Pixabay

The CBC recently reported that Albertans took lenders up on this offer and deferred more than 1 in 5 CMHC-insured mortgages. This was the highest uptake of the deferral offer of any province in the country.

Those six months are now mostly up, leaving the question of what will happen next? From my time practising foreclosure law in the early ‘80s, and my 14 years as a Master on the bench hearing foreclosure applications, here is what I think is likely.

1. A Wave of Foreclosures and Judgments against Mortgagors

Generally in Alberta, an individual is not liable for any deficiency resulting from a foreclosure on a mortgage on their home. A deficiency is the difference between the amount outstanding on the mortgage and the value of the property. If the property is worth less than the mortgage, the borrowers will lose their home but can walk away owing nothing more.

In a strong economy, as long as the price of the home increases and the owner can make the payments, things carry on. In time, the owner will often sell the house and either pay off the mortgage or the new buyer will assume it.

The most common scam used in a downturn is an offer to buy the home of a borrower in financial distress.In a downturn, as job losses mount, more and more homes go into foreclosure. The real estate market often ends up with depressed prices and there is a glut of homes offered for sale either by desperate owners or because of the foreclosure process. Trying to estimate the value of a house in foreclosure in such a market can be a guessing game.

Alberta has been through this scenario a number of times, the worst in memory having occurred in the early ’80s. The coming wave of foreclosures may well match or exceed that one.

To many homeowner’s surprise, selling their house does not necessarily relieve them of liability for the mortgage. If the new owner assumes an insured mortgage (takes it over from the prior owner) and fails to make the mortgage payments, both the prior owner and the new owner can be sued and found liable for any deficiency. The lender obtains a judgment and assigns it to the insurer, who then often looks for the party with the deeper pockets. Often that is not the person who has defaulted on the mortgage. The insurer may pursue payment from the previous owner of the house, who may have no viable option but bankruptcy.

However, it is not only the prior owner who is at risk. There are situations where the purchaser does not realize that they have assumed an insured mortgage. The house was purchased for a price sufficiently greater than the amount of the mortgage that the nature of the mortgage assumed by the buyer was not obvious. In Alberta, there is a regulatory requirement that there be a warning on the face of the mortgage to the effect that it is insured, but the court held the regulation was unenforceable. As a result, should the new owners default, they could also find themselves personally liable for the lender’s loss.

… a number of organizations and individual volunteers are working together to create both a new website and a program at an existing clinic to help Albertans who find themselves in financial distress.When the economy and house prices take a downturn, the courts frequently see both owners and former owners who are stunned to find out they are both personally liable for the lender’s loss because the mortgage in default was insured.

3. The Return of the Scammers

In every economic downturn, as well as in overheated housing markets, the scam artists come out. In both cases, many naïve and usually innocent people are caught.

The most common scam used in a downturn is an offer to buy the home of a borrower in financial distress. To find victims, the scammer will search court records for homes in foreclosure, respond to Kijiji ads and place roadside signs offering to buy houses with cash. One case I remember well illustrates how the scam works.

I will call the woman who was before me that December day Kathleen. The matter was in court to determine when she had to move from the house. She explained to the court that it was all a mistake and she shouldn’t be there. She had sold her house, and she did not know why the new owner had not appeared in court. She said that she was a single mom with two kids, both in school. When she lost her job, despite wanting to stay in her house for her kids, she realized she had to sell it.

She placed an ad on Kijiji and a man contacted her, interested in purchasing it. He offered to buy it, rent it back to her and make the mortgage payments. When she got back on her feet she could look at buying her home back. It was the answer to her problems. She sold it for a nominal down payment and started paying rent.

When she understood that her personal liability continued because the mortgage was insured, and realized that the new owner had not used her rent to pay the mortgage, she was devastated.

With each downturn there have been many similar situations. In 1984, the legislature amended the Law of Property Act to provide that if a property was transferred either while the mortgage was in default or within 4 months of it going into default, there was no requirement that the owner be granted any time to bring the mortgage back into good standing.

4. The Effect on the Courts, Lenders and Homeowners

When the wave of foreclosures hit in the early ‘80s, Masters’ Chambers in Calgary would sit into the evening to get through the day’s list of foreclosures. The courts have since imposed limits on the number of applications that can be set down for chambers. With the backlog due to the pandemic and many hearings now virtual, a large increase in foreclosure applications could result in increased stress on the court system. Lenders may find themselves facing timing delays.

To many homeowner’s surprise, selling their house does not necessarily relieve them of liability for the mortgage.From my time on the courts, I noticed a number of homeowners either did not understand the foreclosure process or wanted to make specific arrangements, or both. Some wanted to redeem their mortgages over time. Others wanted some control over the nature of the sale or to plan an “exit with dignity”. Trying to make those arrangements in the middle of a court hearing was stressful for all. Sometimes the homeowner made their request too late in the process for it to be feasible.

Where to Get More Help

With those concerns and the likely increase in other personal debt in mind, a number of organizations and individual volunteers are working together to create both a new website and a program at an existing clinic to help Albertans who find themselves in financial distress. Both expect to launch in the latter part of October, 2020.

The website offers a “guided pathway” of questions to help individuals find what options make sense for their debt situation and what services are available. It includes a budget calculator for those uncertain of their exact financial situation. The Centre for Public Legal Education Alberta will host it.

In conjunction with the new website, the Public Interest Law Clinic at the University of Calgary Faculty of Law is opening a virtual Debt Negotiation Clinic. It plans to be in operation for a period of two years and will help Alberta debtors, particularly homeowners, deal with their debt. Individuals can receive legal advice to understand collection, foreclosure and other legal processes. They will also receive help if they want to negotiate with their creditor to arrange a payment plan or have some control over the legal process. The students at the Clinic will work with volunteer retired lawyers and judges with “active for pro bono” status with the Law Society to provide this assistance.

The hope is that these additional resources will help the anticipated wave of Alberta debtors. Many of these debtors are victims of the economic effects of the pandemic and never expected to find themselves in a situation where they could not pay their bills.