A Website of The Centre for Public Legal Education Alberta
You are here: Home / Special Report / 41-5: The Law and Housing / Gimme Shelter: Housing Law in Canada
Reading Time: 5 minutes 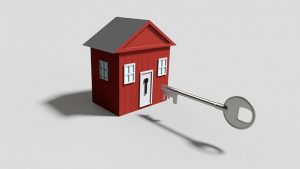 Like most areas of law, the legislation pertaining to real estate and the various forms of residency people experience has slowly evolved as society changes. Once, most people either owned a home or rented and the laws relating to each were relatively simple. Over time, however, the recognition of rights and the need for consumer protection has grown. It has become necessary to distinguish between the various forms of ownership, such as condominium or detached home, as well as the various forms of renting, such as self-contained suites versus shared-space rentals. This article aims to briefly explore some of the significant changes we have seen recently in Alberta and the rest of Canada and consider where future developments may be headed.

..“[t]here is no such thing in the law as a Rent To Own Agreement.”

Shelter is a basic need for all people, and, therefore, it makes sense to demand laws that protect people in housing situations. So, it is troubling that development in this area of law seems to happen at a snail’s pace. However, unlike some areas such as criminal law, housing protections often contrast the rights of two private parties as opposed to the needs of the state versus the needs of the individual. The result is legislative developments which must carefully balance competing interests.

Consider, for example, the desire to encourage the development of condo buildings, an activity which creates jobs, helps with affordable housing, and reflects a growing economy. Although we desire the positive effects of this activity, we also have a countering need for laws to control this activity to ensure building quality, consumer protection for condo purchasers, including the  regulation of  condominium management. While building standards in the Alberta Building Code have remained unchanged since 2014, in 2017 the Alberta government intends to implement the revised Condominium Property Amendment Act in an effort improve consumer protection through things like purchase disclosure requirements, trust money safeguards, and “rules for a smooth transition from the developer to the owner-elected board of directors.” The proposed changes may not totally fix the faults that exist in the condo market, but they demonstrate a desire to take affirmative steps through legislation to protect the rights of people who reside in such buildings.

.. governments can use the law to shape the housing market in the manner they desire through incentives and penalties.Just as we have seen a recognized need to better protect condo purchasers, the Alberta government, as CBC News reported in March, 2107, is contemplating the need to regulate the activity of home builders by implementing mandatory licensing requirements. Logic would suggest that it only makes sense to require a builder to prove they have the skills necessary to construct a home properly. To this end, in May 2107 the Alberta government introduced the New Home Buyers Protection Amendment Act which will establish a builder licensing program  which will require builders to secure warranty coverage, and show that they are in good financial standing and are knowledgeable in home construction.

Likewise, when we consider changes in the regulation of the rental market, we witness very gradual developments which reflect the countering needs of landlords, who have ownership rights and responsibilities, and tenants, who may be disadvantaged by their contractual obligations to their landlord or their dependency on the landlord to do things like look after the property they are renting. Consider the very recently proclaimed Residential Tenancies (Safer Spaces for Victims of Domestic Violence) Amendment Act which allows victims of domestic violence to break their lease without a financial penalty by showing their landlord a certificate that verifies they have grounds to terminate the tenancy because of domestic violence. On the one hand, you have someone who must get away from a horrible situation, but on the other you have a landlord who may suffer a financial loss due to no fault of their own. The law must be especially careful when balancing competing interests in sensitive scenarios such as this.

Consider, for example, the desire to encourage the development of condo buildings, an activity which creates jobs, helps with affordable housing, and reflects a growing economy. Consider yet another emerging area of rental regulation which has seen more and more discussion in recent times: the need to regulate short-term rentals like those found on Airbnb. In cities like Toronto and Vancouver, where there is a reported drastic housing shortage, regulating short-term rentals is about more than quality control, it’s about putting long-term rental properties back on the market. Vancouver has already begun taking municipal action in this regard by putting forward a City Council motion which resolves to “study the issue of short-term rentals” and “steps that other cities are taking to address these issues.”  In Alberta, where the popularity of home-sharing websites has  had little impact on the availability of rental properties,  the issue of legislation is more about industry and consumer protection. As the Calgary Sun reported in January, 2017, it is the Alberta Hotel & Lodging Association that seeks the development of a regulatory framework for home-sharing websites because it fears a loss of business.

Shelter is a basic need for all people, and, therefore, it makes sense to demand laws that protect people in housing situations. Similar to the Airbnb example, another way housing legislation is often used is for the regulation of the boom and bust cycles of the housing market. For example, the recently implemented Empty Homes Tax introduced in Vancouver in 2017 is designed to tackle the low vacancy rates and  inflationary impact on home prices by foreign buyers who purchase properties they do not live in. The B.C. provincial government also enacted the B.C. Home Owner Mortgage and Equity Partnership, which provides first time home-buyers “up to 5% of the purchase price” as an interest-free mortgage loan to assist with their first home purchase. Clearly, using regulations such as these, governments can use the law to shape the housing market in the manner they desire through incentives and penalties.

Consider yet another emerging area of rental regulation which has seen more and more discussion in recent times: the need to regulate short-term rentals like those found on Airbnb. Another interesting area in which legislation has been lacking, but should be developed is alternative methods to buying, like rent-to-own. Despite the rising popularity of agreements where supposed buyers pay supposed sellers a small down payment and extra money in their monthly rent costs in an effort to buy the property at the end of a fixed-term agreement, no legislation exists to protect tenants that enter into such contracts. Often, they find themselves losing significant sums of money when they breach the agreement. As Saskatchewan lawyer, Richard Carlson, points out, it’s buyer-beware because “[t]here is no such thing in the law as a Rent To Own Agreement.”

As society changes in the 21st century, we will surely see more rules and regulations arise as nuanced differences between types of ownership and types of rental properties will continually demand a greater variety of laws to protect consumers, developers, builders, private home owners, landlords and tenants. Evolution of the law is inevitable, and arguably this is an area that could use quicker evolution.