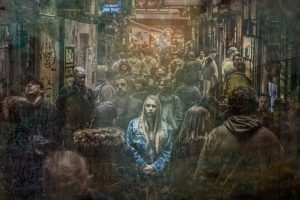 The potential benefits that could result from these reforms is particularly important given that over 90 percent of the youth in the criminal justice system suffer from some form of mental illness.

The relevant federal and provincial legislation, respectively, are the Youth Criminal Justice Act, SC 2002, c 1 [YCJA] and The Youth Justice Act, RSA, 2000, c Y-1 [YJA]. Under both the YCJA and the YJA, a young person is defined as someone who is 12 to 17 years of age.  The YCJA is largely focused on criminal law matters, which is within the exclusive jurisdiction of the federal government according to the Canadian Constitution Act.  In contrast, the YJA covers violations of provincial and municipal by-laws, which are under provincial jurisdiction according to the Constitution.  In Alberta, proceedings of violations by youth under both the YCJA and YJA are heard in the Youth Justice Court. A minor who is less than 12 years of age who is found in violation of the law will neither be arrested nor required to go to court. Rather, the goal is for the minor’s parents or caregivers to appropriately address the matter. In cases where this is not possible, the matter is referred to Child and Youth Services or a community mental health agency.

In addition, the YCJA provides for customized sentencing for youth suffering from mental illness.  For instance, it emphasizes that neither pretrial detention nor custody are to be used in place of deemed necessary measures, such as mental health treatment. Recent research shows that these requirements have not been fully adopted.

In a recent case, a mentally ill youth was sent to jail instead of receiving the necessary court-ordered treatment. Judge Steven E. Lipton was the judge presiding over the case. In an unprecedented move, he invited the media into his courtroom to bring public awareness to this important issue. As a result of Judge Lipton’s actions, Premier Notley promised to secure more support services for youth in the justice system who are suffering from severe mental illness.  A placement was eventually found in a secure treatment facility following the media’s coverage of the case.  Sadly, it appears that Justice Lipton is not alone in his frustration with the limited resources available for treatment of mentally ill youth in the Canadian justice system. Concerns have recently arisen in Nova Scotia, Nunavut, Manitoba and New Brunswick.

Most countries, including Canada, recognize that young persons are inherently vulnerable and have needs unique from those of adults. One possible avenue for reform to Alberta’s youth justice system to address gaps in mental health delivery is to include a structural reorganization at a system-wide level. Alberta’s approach is fragmented, with responsibility in the province divided between the Ministry of Justice and Solicitor General and the Ministry of Children’s Services according to a recent comparative evaluation of youth justice approaches. Integration of youth justice service delivery has produced favourable results in other provinces. In British Columbia, adolescent mental health, youth justice and child welfare services are all under the umbrella of the Ministry of Children and Family Development. Studies show that an integrated structure can reduce the incidence of both communication and service gaps, as supervisory personnel are centralized. Provincial representatives from British Columbia have also reported that the integrated approach has allowed them to be more effective in their delivery of mental health treatment for youth in the justice system.

Research has shown that improved access to mental health resources benefits both the youth and the general public. Youth who receive mental health supports in the criminal justice system experience more beneficial outcomes. The public benefits from a heightened level of public safety. The potential benefits that could result from these reforms is particularly important given that over 90 percent of the youth in the criminal justice system suffer from some form of mental illness.