A Website of The Centre for Public Legal Education Alberta
You are here: Home / Feature Articles / 42-3: Children in the Justice System / The Youth Criminal Justice Act: An Overview
Reading Time: 7 minutes 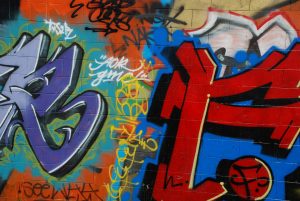 Young persons who commit crimes must be held accountable, but in Canada (as in most other western democracies), because of their age, we approach “youth crime” differently than how we approach crimes committed by adults. In keeping with international standards and scientific understanding, young persons – under the law, those between 12 and 18 years of age – cannot be held to the same standards and expectations as adults. Therefore, we have a separate law, now the Youth Criminal Justice Act (the “YCJA”), to govern how we respond to young persons who commit criminal offences.

The law recognizes that subjecting a young person to the stigma of publicity because of their criminal conduct is likely to reduce the chances of successful rehabilitation. Historically, children who committed offences were treated as “delinquents” in need of corrective direction. Under the Juvenile Delinquents Act (the “JDA”), children who came into conflict with the law had few procedural protections. For example, the age when young accused were sent to the adult courts varied across the country, and often, between genders. In some provinces, boys aged 16 or 17 would be prosecuted and sentenced as adults while girls more often continued to be treated as children until they turned 18. Actual “trials” were rare under the JDA. More often, a private informal hearing was held where the child had few rights. Following the hearing, a child might be sent to an “industrial school” (despite the name, essentially a jail or prison for young persons), placed into a foster home, or put on probation.

In 1982, Parliament replaced the JDA with the Young Offenders Act. Since then, although there have been changes in aspects of the youth court system, the same principles and goals have generally continued and are now found in the YCJA. Young persons charged with criminal offences have enforceable rights similar to those of adult accused persons, including the right to have lawyers assist and represent them. They have input into the proceedings separate and apart from what their parents or other caregivers might offer. Children who are alleged to have committed offences are not treated differently based upon gender or where they live in Canada.

Rehabilitation of young persons who have gotten into trouble is the main goal of the law.  The range of punishments and penalties is somewhat broader than what might be considered for adults who have committed crimes, in recognition of the special needs and challenges of youth. At the same time, the legislation also confirms that victims and society at large require protection from criminal conduct, and the damage and loss it so often brings.

In general terms, a youth may never be sentenced to a more severe punishment than an adult would receive for the same offence.One of the features of our youth criminal justice law (which has since been adapted to adult situations too) is what the YCJA calls “Extrajudicial Measures” – more commonly referred to as “Alternative Measures” or “Diversion”. These measures reflect that prosecuting and stigmatizing first-time offenders who have committed a fairly minor crime may cause more harm than good, and certainly is not an efficient or economic use of court and corrections resources. Therefore, such matters can often be dealt with outside of the court system (sometimes without even laying charges). In very minor situations, a police officer or prosecutor can officially “caution” a young person about the dangers and unlawfulness of their conduct and, if satisfied that this is sufficient to reduce the risk of re-offending, the matter can be considered closed. In other cases, the youth is required to meet with a community justice committee to discuss why their actions were wrong and to explore ways the child can change their behavior to avoid future conflict with the laws. If a charge has been brought before the court, it will be dismissed or withdrawn if the young person has successfully completed a community-based “diversion” program.

For matters which proceed in court, most of the procedural rules and practices are the same for youth as for an adult accused. The same pleas are permitted (“guilty” or “not guilty”), and the trial procedures and rules of evidence are almost identical.  One exception is that in youth court jury trials are almost never allowed (see below for exceptions). As well, if the Crown wants to introduce evidence of what a young person has said to the police or any other person in authority, there are some extra steps to be taken. They must ensure that the youth’s legal rights were respected and that he or she understood their options and the results, if they decided to speak or answer questions.

Young persons must be held in correctional facilities separate and apart from offenders who are 18 years of age or older.

When sentencing young persons who have been found guilty, Youth Court Judges have a broad range of penalties and sanctions which can be imposed. However, the emphasis is usually upon trying to achieve rehabilitation without the disruption of imprisonment. Adults who are punished for committing crimes usually face fines, probation or jail sentences of various lengths. Youth are fined far less often than adults. A first-time youth offender whose crime is not serious may be ordered to perform community service work, and, or alternatively, be placed on probation to ensure he or she is steered away from future wrongdoing and misbehavior. In the most minor of situations, a formal “reprimand” by the judge can be the sentence. For most “first time offenders” imprisonment of any sort is not possible, unless the offence is one of violence or there is something uniquely serious about the crime. Where imprisonment is ordered for a young person, in some provinces and territories the judge also decides whether it should be served in “open custody” or “closed custody”. The difference relates to the level of restriction and control imposed over the youth’s conduct and behavior and privileges while serving. Young persons must be held in correctional facilities separate and apart from offenders who are 18 years of age or older.

Furthermore, the lengths of youth sentences are usually significantly shorter than would be the case for adults. This is partly because we recognize that during the formative “teen” years, there are developmental changes which occur more quickly than for adults.  In general terms, a youth may never be sentenced to a more severe punishment than an adult would receive for the same offence. A probation order may not last longer than two years and a youth sentence of imprisonment may not last longer than three years. A combined sentence of imprisonment and probation may also not last longer than three years.

Youth are fined far less often than adults. Still, for young persons over the age of 14 who commit particularly serious and especially, violent criminal offences, the Crown has the option of asking the court to treat the accused in ways which more closely resemble adults charged with the same offences. In these cases the youth may elect to have a jury trial. If he or she is found guilty, a lengthy sentencing hearing will usually be held at which the judge receives detailed background social and mental health evidence about the history, experiences and challenges of the young person. Ultimately, the judge must decide whether the young person should be sentenced as if they were an adult when they committed the crime, or whether the usual youth sentencing options would be sufficient to address the misbehavior of the individual and reduce the chances that he or she will re-offend again in the future.

Rehabilitation of young persons who have gotten into trouble is the main goal of the law.  In some rare cases where a serious violent offence has been committed and the accused is being sentenced as a youth, the court may impose an “Intensive Rehabilitative Custody and Supervision Order”. Such orders are possible where:

Instead of being held in a correctional facility, the youth will be subjected to intensive, long term treatment, usually in a secure hospital setting, for up to ten years, or until they are considered no longer to present an undue threat to others in society. Release then takes place in gradual steps, and the young person remains under supervision of the authorities similar to an adult offender who is on parole.

A final protection for youth, which is not available to an accused adult, is in the area of publicity and privacy. The law recognizes that subjecting a young person to the stigma of publicity because of their criminal conduct is likely to reduce the chances of successful rehabilitation. The YCJA therefore prohibits the publication of the names of young persons charged or found guilty of committing offences. Court proceedings are held in public and may be reported by the media, but the name and identifying information relating to the accused may not be published. An exception applies to those young persons who the court decides should receive an “adult sentence”. In such cases, once the sentence is ordered the youth also loses the protection of the publication ban and the media may name him or her in their reports on the case.