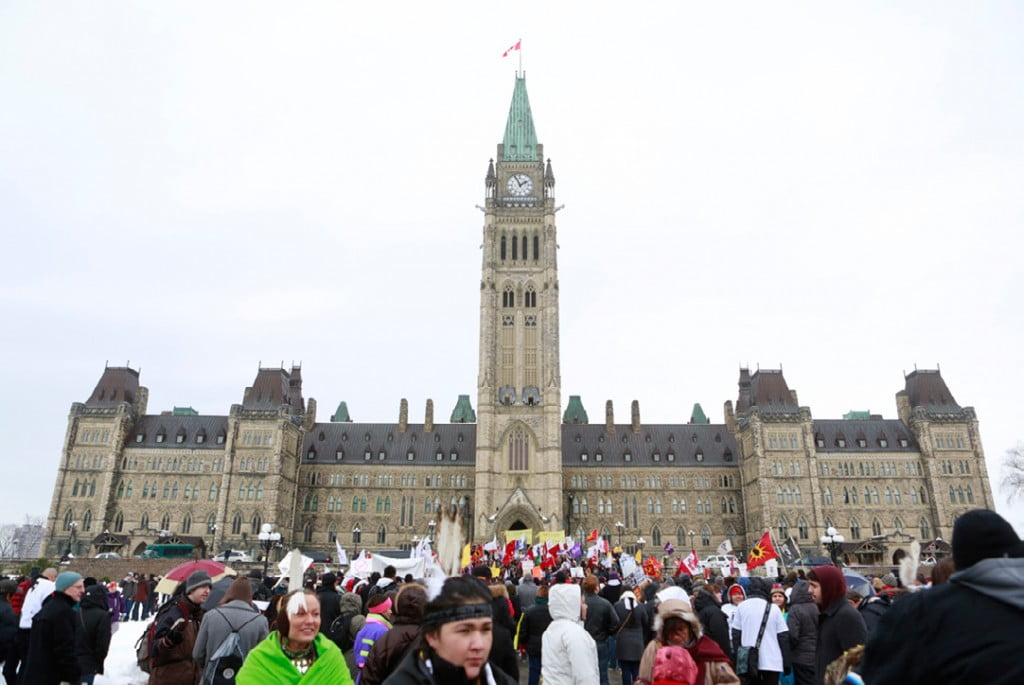 As Canada’s MPs returned to the House of Commons this January they were greeted by jingle dancers on Parliament Hill. The gathering was one of more than 30 to be held across Canada as part of a national day of action in support of the Idle No More movement. Among other things, the movement seeks to raise awareness about aboriginal rights, treaty rights and self governance.

The equitable resolution of these issues is becoming more urgent as resource development becomes increasingly important to the Canadian economy. Much of the natural resources are found in treatied territory, traditional territory of First Nations, or areas of asserted but unproven land claims. In addition to having a strong moral and equitable interest in what development – if any – occurs on these lands, many First Nations (as inhabitants of remote regions) are uniquely placed to either support the development by providing much needed labour, or disrupt these activities through non-cooperation. Moral arguments aside, arriving at an equitable arrangement is increasingly just good business sense.

While many of these issues must be addressed politically, the courts are increasingly asked to determine the scope of aboriginal rights. In the context of resource development, much of the litigation centers on the duty to consult with First Nations. As established in Haida Nation v British Columbia 2004 SCC 73 (“Haida”), the duty requires the Crown to consult with First Nations where proposed Crown conduct may adversely affect claims to aboriginal interests in land.

The YKCA upheld the lower court finding that the registration system does not meet the Haida consultation requirements. However, it disagreed with the lower court on the question of what regime would satisfy the duty; while the lower court held that the duty would be discharged if the Yukon Government were to notify RRDC of any newly recorded quartz mining claims, the YKCA held that mere notice is insufficient. It also accepted that the duty was triggered both by the threat posed to aboriginal title by the transfer of subsurface rights and the threat to aboriginal rights by class 1 exploration activities. While declining to specify an appropriate consultation mechanism, the Court of Appeal ruled that consultation must occur before the adverse impact. The decision is particularly damaging to the Yukon Government, coming as it did just weeks after the repeal of provisions in the Yukon Oil and Gas RSY 2002, c 162 which required the prior consent of any First Nation who has not concluded a land claim agreement to the disposition of oil and gas rights in its traditional territory. The repeal was unsuccessfully opposed by RRDC, one of three Yukon First Nations which has not yet signed a land claim agreement.

The Open Entry Mining System in the Yukon

Under the Quartz Mining Act, a claim to resource rights is acquired by staking the parcel. The system is “open entry”, meaning any individual may claim un-staked land without prior approval by the government. A staked claim must be registered with the Mining Recorder, but registration may only be refused on technical grounds.

Once the claim is registered, the claim holder is entitled to all minerals in the bounds of the staked claim for a year, subject to annual renewals. This entitles the claim holder to undertake class 1 exploration on the claim without notice to or approval by the Yukon Government or affected First Nation(s). Class 1 exploration activities include clearing the land, constructing lines, corridors and trails, using explosives and removing subsurface rock.

Mining is big business in the Yukon. As the sector expands, the risk of conflict between First Nations and exploration companies increases. The issues are complex. On the one hand, there are the rights of increasingly powerful First Nations, some of whom have land claims agreement and others who have unresolved, but strong claims to Aboriginal title. The interests of individual First Nations vary but most concern First Nation participation in and control over the resource development which take place on their land. 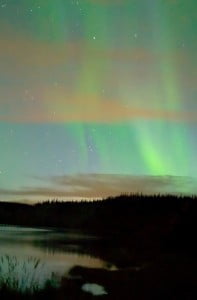 Although frequently characterized as a conflict between First Nations who oppose resource development and industry which craves it, the conflict is more complex than that. For example, RRDC is not opposed to resource development; on January 30 it was announced that it has signed an exploration agreement with Golden Predator Corp. What RRDC objects to is resource development without their consent, participation, and ultimate benefit.

On the other hand, there are the interests of resource companies and those which would benefit from the economic development promised by mining. Mining companies, as represented in this case by the intervenor Yukon Chamber of Mines, argue that an open entry registry system is essential to the Yukon mining industry due to the secret nature of mineral staking claims. If a mining company must publicize its interest in a particular claim before it actually acquires rights in it, it becomes vulnerable to predatory competitors who seek to acquire the rights first. The Yukon Chamber of Mines’ argument about the absolute necessity of open entry claims is undermined by the fact that Alberta does not have an open entry mining system. Despite this apparent deficiency, the Fraser Institute Survey of Mining Companies 2011/2012 ranked Alberta as the third most attractive jurisdiction to mining companies in the world.

The Duty to Consult

The Yukon Government conceded that it had actual knowledge of RRDC’s interest in the territory. The two parties have been involved in land claims negotiations for several decades.

On the second branch of the Rio Tinto test, the Yukon Government submitted that registering a claim does not qualify as “contemplated Crown conduct”. They point to how the Recorder has no discretion under the statute to refuse to register a claim, and argue that the position is merely ministerial.

In the Yukon Government’s submission, if the duty were triggered, it could only have been when the Yukon legislature passed the Quartz Mining Act, and not when an individual claim is registered. The question of whether legislative action may trigger the duty to consult was left open by the Supreme Court of Canada in Rio Tinto. The Yukon Government submitted that this was not an appropriate case to decide the issue, or in the alternative, that the legislative action cannot or did not trigger the duty.

The YKCA further noted that the legislation does give the government broad discretion to prohibit the staking of claims on particular lands. This discretion could have been used to prohibit any staking in the disputed Ross River territory. If the Government wishes to permit claim staking in the territory, it may only do so if it respects the rights (including the right to be consulted) of RRDC. On the third point, the Court accepted two separate types of adverse effect. Firstly, transferring the mineral rights had an adverse effect on the aboriginal title claims of RRDC. This is exceedingly interesting, as it accepts that subsurface rights may be included in aboriginal title. While aboriginal title has not yet been proven in a Canadian court, the jurisprudence is growing and this finding may prove important.

The second adverse effect is on aboriginal rights to use the land, most importantly for hunting. Carrying out class 1 exploration activities has the potential to adversely affect these rights by restricting access and influencing local wildlife.

What is Adequate Consultation?

Where the duty to consult is triggered, the consultation must be bona fide with a view to accommodating the claimed interests. The nature of the consultation depends on the apparent strength of the aboriginal claim and the degree of intrusion by the proposed conduct. Appropriate consultation can range from notification to full consent. 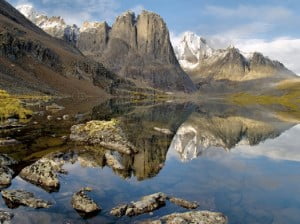 considerable, it is surpassed by the intrusion into aboriginal title caused by the transfer of mineral rights.

On the question of what constitutes sufficient consultation in this case, the YKCA rejected the trial judge’s holding that notice may be sufficient. It found the trial judge had given too much weight to arguments about the importance of an open entry system to the Yukon mining industry, a factor which is irrelevant to determining appropriate consultation. Consultation is a constitutional imperative which cannot be limited by ordinary legislation to accommodate non-constitutional concerns.

While declining to specify an appropriate consultation scheme, the Court of Appeal made two statements which will be useful in designing an appropriate scheme.

In amending the Quartz Mining Act in light of this decision, the Government of the Yukon would be wise to consider the experience of Ontario. In 2009 the open entry system of the Mining Act RSO 1990 c m 14 was amended, partly in response to concerns about potential claims of First Nations. Although it does not impose a duty to consult prior to the transfer of mineral rights, the new Mining Act recognizes and affirms existing treaty and Aboriginal rights including the duty to consult and includes detailed consultation requirements at each stage in the mining process, including early exploration. Additionally, First Nations must be notified when mining claims are recorded within their traditional territories, and they may apply to have sites of cultural significance withdrawn from claim staking.

The Yukon Government will likely introduce similar provisions to provide for consultation before class 1 exploration adversely affects aboriginal rights. There is no similar roadmap for consultation prior to adverse effect on aboriginal rights. Although 11 of the 14 Yukon First Nations have surrendered their aboriginal title in land claims agreements, large portions of the resource-rich territory remain subject to unsurrendered aboriginal title claims. Inventing an adequate consultation mechanism – which is required in order to grow the resource economy of the territory – will require considerable innovation and creativity.

This article first appeared in The Court, an initiative of Osgoode Hall Law School and is republished under a Creative Commons Attribution- NonCommercial-share-Alike 2.5 Canada licence.