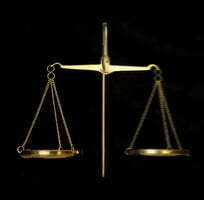 No person is criminally responsible for an act committed or an omission made while suffering from a mental disorder that rendered the person incapable of appreciating the nature and quality of the act or omission or of knowing it was wrong. – Criminal Code of Canada, Section 16

This is known as the “Not Criminally Responsible” principle, or NCR.  Deciding that an accused person is not criminally responsible is one of the most controversial and difficult decisions that a trial judge must make.  Cases involving NCR often attract a great deal of media attention due to sensational fact situations, and the reasoning behind an NCR finding can be mystifying to the public.  Examples include the Vincent Li case, where Mr. Li butchered a fellow traveller on a Greyhound bus, and the case of a Calgary wife who shot her well-known oilman husband. Another such case was heard in Nova Scotia in 2014 (R. v. Race, 2014 NSSC 6 (CanLII)) and the trial judge, Justice Kevin Coady, gave some insight into how a judge reaches this conclusion and his own sensitivity to the emotions and frustrations of the families involved.

Glen Race murdered two Halifax men, Paul Knott and Trevor Brewster in 2007.  He pled guilty to both charges and then made an application to be found not criminally responsible (NCR) under s. 16 of the Criminal Code. The reactions of the families of Mr. Race and the murdered men give some insight into how difficult NCR decisions can be. Justice Coady of the Supreme Court of Nova Scotia reviewed the law and the legal requirements for a convicted person to be found not criminally responsible.  He concluded that Mr. Race suffered from a mental disorder which made him incapable of knowing that his actions were wrong. Three psychiatrists, both for the Crown and the defence agreed that Mr. Race qualified for a finding of NCR.

An agreed Statement of Facts from the three doctors stated that he suffered from schizophrenia and that he believed that he was a vampire slayer and a godlike entity ordered by angels to cleanse the world of demons and sin.  Justice Coady wrote: “After considering all of the evidence, I am satisfied that Mr. Race qualifies for an NCR defence…he suffered from a mental disorder on both occasions, that being schizophrenia. I am also satisfied that Mr. Race, as a result of his mental disorder, did not realize that these actions were morally wrong. I am satisfied that he really believed that they were necessary to achieve his psychotic mission.”

The reactions of the families of Mr. Race and the murdered men give some insight into how difficult NCR decisions can be. The victim impact statement from the sister of one victim said “I hate him for what he did to our families. In his judgment, Justice Coady reached out to both families with sympathy and understanding.  He also made it clear that he understood the concerns of the public. We have to go to a graveyard and talk to a cold gravestone. It doesn’t seem fair to me.” Mr. Race’s mother said: “We hope that the families, the Brewster and Knott families, will find forgiveness some day in their hearts, and they can go on and be peaceful.”  These two statements reveal the deep and painful divide between the two sides in cases such as these.  It seems impossible that there could  ever be any understanding or empathy between the families.  Perhaps this is what motivated Justice Coady to make some interesting and compassionate observations in his written reasons.

First, he reached out to the families of the murdered men and said that in the context of a NCR finding:

I want to add to the bottom line in an effort to assist the victims’ supporters, and the general public, to understand why NCR is the proper outcome for Mr. Race. It is important to realize that Mr. Race, his family and friends are victims as well. They are victims of the cruel and unforgiving illness of schizophrenia.  Given that there is no cure and that Mr. Race’s case is so severe, their victimization will continue for the rest of their lives. This in no way minimizes the pain and loss the Knott and Brewster families have, and will continue to experience. These homicides are different from most killings in that the perpetrator and the victim are victims.

It is important to note that an NCR finding is not an acquittal. Mr. Race will be held responsible for killing Paul Knott and Trevor Brewster. There will be consequences for those actions and those consequences will continue for the rest of his life. Instead of a jail cell Mr. Race will be detained in a secure hospital under the control of the state until such time as he is no longer a threat to public safety. He will remain in custody until the professionals are certain that he is no longer dangerous. The evidence of the experts in this hearing suggest that any kind of release is unlikely to happen soon.

In his judgment, Justice Coady reached out to both families with sympathy and understanding.  He also made it clear that he understood the concerns of the public. He explained why the NCR designation was appropriate in this case and reassured the community that public safety was of paramount concern.  His remarks reveal the struggles that trial judges experience when addressing difficult cases

Almost always, judges decide NCR cases in the full glare of media attention, with sometimes harsh and inaccurate commentary. Families are anguished and heartbroken. They may react with anger and bitterness, and express frustration and contempt for the justice system.  Politicians often weigh in, as has repeatedly happened in the Vincent Li case. Judges are not immune to the pressures that all this brings to bear. However, in order to avoid an “eye for an eye” justice system and maintain the rule of law, we need to support and acknowledge judges such as Justice Kevin Coady and the tough decisions they must make.