It is widely stated that we have an access to justice (A2J) crisis in Canada. You will get a variety of answers, though, if you ask people what they think this means and what we can do about it. As Lois Gander points out in her article in this issue of LawNow, one reason is that ‘justice’ can have several meanings: 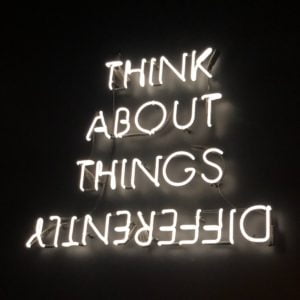 Photo by Ivan Bertolazzi from Pexels

If you want to dive deeper into what justice means on a philosophical level, watch Michael Sandel’s free Harvard lecture series on YouTube titled “Justice – What’s the Right Thing to Do?”. Professor Sandel argues that justice is about how wealth, opportunities, rights and powers are divided between members of a society. The hard questions start when we ask, “What are people entitled to?” and the even harder question of “Why?”. Professor Sandel says we can approach those questions by thinking in turn about what it means to maximize welfare, to respect freedom or to cultivate virtue. There will be disagreements in society about what ‘welfare’, ‘freedom’ and ‘virtue’ mean. People will not always agree about what we should do if we can only get more of one of those things at the cost of giving up something from the others. Debating those hard questions, Sandel says, can help to understand what justice means to us. The questions he poses go right to the heart of what we want our society to look like, how we think we should be treated and how we should treat others.

If we have different ideas about what makes a ‘just society’, then it makes sense that we will not agree about what proper access to justice means. Each of us sees the world through the lens of our past. A white, middle-aged, stable, privileged, capable, university-educated, healthy male with a good steady job in a major city will experience the world in profoundly different ways than someone who is – insert one or more of the following – female, a person of colour, in poverty, a young person, an immigrant, LGBTQ2S, physically challenged, suffering from addictions, isolated, Indigenous, a residential school survivor (or the descendant of one), a survivor of domestic abuse or sexual violence, or a member of the one in five people in Canada who experience a mental health problem in any given year. When it comes to A2J, our backgrounds matter. Two of us can have exactly the same legal problem but totally different experiences because of who we are and everything that has happened in our lives up to the point the problem occurs. People with different experiences, backgrounds and capabilities will need different ways to solve the same legal problem.

The type of legal problem will also affect what A2J requires. Consider the following situations:

Because there is such diversity of participants, life experiences and situations, we cannot think of A2J as just one thing, having one solution.

Problems one through four are examples of civil or family matters, which are disputes between people or organizations. These are ‘justiciable’ problems – ones that have legal elements, whether or not the people involved know it and whether or not they have taken any steps to come up with a solution.

People with different experiences, backgrounds and capabilities will need different ways to solve the same legal problem.In the introduction to their recent book The Justice Crisis – The Cost and Value of Accessing Law, editors Trevor Farrow and Lesley Jacobs describe the evolution of thinking about what A2J means in civil and family matters. The more familiar approach, they say, is concerned with people in a dispute having access to courts and lawyers and the ability to have a decision made. They then describe a growing alternative approach they call meaningful A2J, based on “people’s ability to access a diverse range of information, institutions, and organizations – not just formal legal institutions such as the courts – in order to understand, prevent, meet, and resolve their legal challenges and legal problems when those problems concern civil or family justice issues.” Meaningful A2J can be measured by whether paths are available to address and resolve the legal problem or complaint. This seems like a good measuring stick. If a participant in a civil or family law dispute cannot find a way to resolve it, despite their best efforts, then they do not have access to justice.

Problems five through nine are criminal in nature. A2J will require some of the same things needed in civil and family cases but whether it exists more often involves considering larger societal issues. In criminal matters, the state prosecutes a person or organization suspected of breaking a criminal law. The state is powerful. It creates the laws, investigates the crimes and decides (in most cases) whether to lay charges. Whether a person thinks they have access to justice or not might depend on whether they think the laws and processes are legitimate. The state controls almost everything so the pathways metaphor used above doesn’t fit quite as well.

… meaningful public legal education builds a better, more inclusive society.Watching the news of the day provides plenty of opportunity to think about what access to justice can mean in criminal matters:

In these cases, A2J is about more than procedure. The justice conversation becomes one of what we want our society to look like. From the Stanley case, do we really want reconciliation? Is it even possible? (and a host of other questions). From the Cormier case, how do we prevent what happened to Tina Fontaine from happening again? From the Floyd case and others like it, does a just society require an ‘iron hand’ and militarization of police forces to maintain order or does it require the opposite?

If we have different ideas about what makes a ‘just society’, then it makes sense that we will not agree about what proper access to justice means. The final three scenarios are examples of legal problems that are neither purely civil nor criminal. A legal problem might be about human rights (example ten). It might come from dealing with any of the hundreds of administrative tribunals across Canada (example eleven). It might be about rights that come from the Canadian Charter of Rights and Freedoms (example twelve).

A2J is best thought of as an aspirational goal that we want to keep moving towards. We can always be taking steps to make things better, even if we will never agree on what complete success would look like.

What is the role of public legal education?

The public legal education work we do at CPLEA helps increase A2J. Meaningful public legal education (borrowing the word from Professors Farrow and Jacobs) is about so much more than giving someone a brochure to explain how a law works (although we do love that part!). It helps individuals by raising their legal capabilities and understanding, hopefully helping them avoid problems in the first place. It helps individuals by shifting the perspective from that of legal system insiders to that of the participants themselves. What problems do they have? What is their perspective? What do they need? How can we help them find a path to a solution?  What information can we give others to help them avoid similar problems?