You are here: Home / Benchpress / Access to Midwives in Canada
Reading Time: < 1 minutes 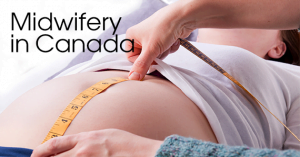 The latest Organization for Economic Co-Operation and Development (OEDC) report shows that Canadians do not have good access to the services of midwives.

Statistics released in November 2013 show that Canada has one of the lowest rankings in the developed world when it comes to the availability of the services of midwives.  Korea, Slovenia and Canada have the lowest number of midwives per 100,000 people in the population.  The research also shows that in 2011 there were only 985 practising midwives in Canada.

As our recent article, Midwifery in Canada, shows almost every province and territory in Canada has legislation that allows for and governs midwives. Yet, in Canada, midwifery does not seem to be a well-accepted or well-accessed method of birth and delivery.  We wonder why this is the case.