A Website of The Centre for Public Legal Education Alberta
You are here: Home / Special Report / 41-6: Environmental Law / Alberta’s Climate Leadership Plan: An Update on Law and Policy Developments 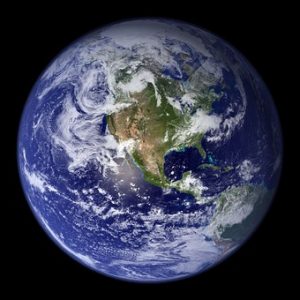 Over the past 18 months we have seen a rapidly changing law and policy landscape for climate change mitigation in Alberta.

Changes began in November 2015 with the release of the long anticipated Climate Leadership Plan (the “Plan”).  The Plan, based upon recommendations made in the Climate Change Advisory Panel Report (the “Report”), focuses on four key areas:

As described in the Report, carbon pricing forms the “backbone of [the] proposed architecture”.   The carbon levy is to be applied across all sectors and its revenue will be used for defined purposes designed to reduce GHG pollution.

It would be remiss to discuss the changes in Alberta’s legal and policy landscape without referencing at least some of the significant international and national climate change developments.

Another key element of the Plan is to phase out coal-fired electrical generation by 2030.  The goal is to replace two-thirds of this electrical generation capacity with renewable energy and one-third with natural gas.  In the meantime, coal-fired generators will be subject to the carbon levy on emissions above those created by Alberta’s cleanest natural gas-fired plant producing the same amount of electricity.

The Plan includes a transition to performance-based standards and a legislated limit to oil sands emissions.  This means the carbon levy will be applied to oil sands facilities based upon results already achieved by high performing facilities.  Further, an annual limit of 100 Mt from the oil sands sector will be imposed by legislation.

The Climate Leadership Act came into force on January 1, 2017 and enables the carbon levy.  The current carbon price is $20 per tonne and will increase to $30 per tonne in January 2018.

The Regulation indicates the following fuels are exempt from the carbon levy:

The goal of the Renewable Electricity Program is to increase the amount of renewable electricity generation on Alberta’s grid without jeopardizing the performance and reliability of Alberta’s electric system.  The Regulation provides details on the carbon levy rebates under the Act. It also sets out requirements for the remittance, refund and recovery of the carbon levy along with administrative matters such as record-keeping and reporting.

an energy resource that occurs naturally and that can be replenished or renewed within a human lifetime, including, but not limited to:

In conjunction with this Act, the government released and accepted the Recommendations on Renewable Electricity Program prepared by the Alberta Electric System Operator (AESO).  The AESO made recommendations on:

The Climate Leadership Act came into force on January 1, 2017 and enables the carbon levy.  The current carbon price is $20 per tonne and will increase to $30 per tonne in January 2018.

The goal of the Renewable Electricity Program is to increase the amount of renewable electricity generation on Alberta’s grid without jeopardizing the performance and reliability of Alberta’s electric system.  The AESO recommends an Indexed Renewable Energy Credit (REC) as the payment method for this competitive process.  The AESO explains the Indexed REC at page 16:

… a winning bidder is paid a $/MWh payment for renewable attributes produced as follows:

In other words, if the reference price (i.e. the pool price for electricity) falls below the bid price, the government provides a support payment for the difference.  If the reference price increases above the bid price, the operator pays the difference to the government.  The Indexed REC is designed to minimize the program costs for Alberta consumers and to avoid windfalls for operators while still creating an attractive market for investors.

There are no legislative definitions of experimental schemes, primary production, and enhanced recovery operations. These will come in a later regulation.

Another key element of the Plan is to phase out coal-fired electrical generation by 2030.  The Act grants the provincial cabinet authority to make regulations “establishing and governing mechanisms to keep greenhouse gas emissions from oil sands within the limit”.  This includes prescribing thresholds (including limits, triggers, ranges, measures or indices) and establishing a system of greenhouse gas emissions allowances for purchase, auction, trade and retirement.

It would be remiss to discuss the changes in Alberta’s legal and policy landscape without referencing at least some of the significant international and national climate change developments.

The historic Paris Agreement is the latest international action flowing from the United Nations Framework Convention of Climate Change (the “UNFCCC”).  The Paris Agreement is designed to enhance the implementation of the UNFCCC by strengthening the global response to climate change.  Among other things, the parties agreed to:

Canada is among the 147 countries that have ratified the Paris Agreement.

In order to meet its climate change mitigation commitments, the Government of Canada issued the Pan-Canadian Framework which establishes benchmarks for a national price on carbon including:

The Government of Canada recently released its Technical Paper on the Federal Carbon Pricing Backstop which proposes the carbon pricing scheme applicable to those jurisdictions that do not meet the carbon pricing benchmark set in the Pan-Canadian Framework.

As can be seen, the climate change legal and policy landscape has undergone significant changes in the past 18 months. More changes can be expected, on both the provincial and federal front, designed to further mitigate GHG emissions and to deal with the impact of climate change.