“Property and law were born and die together” 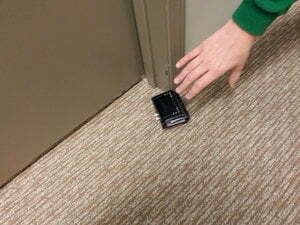 We all know the feeling when we lose something.  Cell phone?  Car keys?  Most of us also know what it feels like to find something, such as a wallet.  Losing a thing is a sad occasion while finding tends to be a happy one. Like many things in life, there are legal consequences to losing and finding things. We will look at the law in this area.

The law of lost and found falls under the judge-made (common law) category of ‘personal property’ law.  Judicial decisions are usually unique to their own facts. The legal principles laid down frequently seem inconsistent and outcomes are difficult to predict.  Since the losers and finders are usually private parties, this is private law and there is often no government regulation on the subject.

What do You Think Should Happen Here?

We start with a famous Ontario case where a young boy found a tin can full of money under a nearby private house while he was playing outside.  The boy took a portion of the money and handed the rest to his mother.  The boy spent the money he took lavishly, which piqued attention of the local police.  During the investigation, the mother handed the rest of the money in her possession to the police to be returned to its original owner.

Most finder disputes revolve around who found the thing and took its possession and whether someone else had possessory rights.

The question arising from the case was: to whom did this can of money belong?  To the boy who found the money?  To the mother who was in possession of the money?  To the police?  To the owner of the property where the money was found?  Or, perhaps to someone else such as the person who owned the money and put the can containing it in that location?

We will let you know what the court decided, but first we set out some personal property law principles that relate to retaining and losing possession of chattels.

The two criteria for property possession are physical control and manifest intent to exclude others.

Property is not a “thing” itself as much as it is a collection of rights and obligations over things, enforceable against others (Macpherson). These include possession, management and control, taking income and capital, transferability, and prevention of harm from the thing (Ziff).

If a thing is first discovered in nature, such as gold nugget or wild animal, the first finder becomes the owner of the rights when he or she manifests the intent to exclude others by, for instance, pocketing the nugget.  The two criteria for property possession are physical control and manifest intent to exclude others.  Exceptions to this rule include:

Things that are made, not discovered, follow the same pattern, where the maker is the first possessor and enjoys legal ownership until it is transferred, such as by sale, or lost through abandonment of the thing.

Owners always have the highest priority rights.  But proving the ownership can be tricky.  There are only a few things for which ownership can be thoroughly traced and verified – a car is an example.  Ownership is often challenged.

Owners always have the highest priority rights.  But proving the ownership can be tricky.

Prior possessors have superior chattel rights to those of the finder unless those rights were acquired illegally, such as by stealing.  Clark found pine logs and tried to move them down the creek.  Some logs broke off and were found by Maloney who claimed them.  The court ruled that the first finder’s rights trump the latter finder’s rights due to immediate prior possession, unless the real owner claims them (Clark v Maloney 3 Har 68 (Del 1840)).

It matters where something is “found.”  If someone loses something on your property and then it is found by someone else, who has the right to the thing?  Did you, as landowner acquire higher rights even if you did not know of the lost item?

South Staffordshire Water Co v Sharman, (1896) 2 QB44 (Eng) established that if the true owner is not known, the owner of the land on which it was found, even if he did not know about the lost thing, has a superior claim to it.  The reasoning is that the landowner controls all the things found on his land.

…if the true owner is not known, the owner of the land on which it was found, even if he did not know about the lost thing, has a superior claim to it.

Occupiers of land may have a weaker claim as shown in Parker v British Airways, (1982) where Parker found a bracelet on the floor of the airline terminal.  The original owner was never found.  The bracelet was given to Parker on the basis that the occupier, British Airways, did not display intent to exercise control and Parker was an invitee, not a trespasser.  Generally, for the finder to claim the found chattel, he or she needs permission to be on the land.  Trespassers cannot claim found chattels, even if the chattel’s existence is not known by the land occupier (Corporation of London et al. v. Appleyard et al., [1963] 2 All E.R. 834).  If the item is found on public property (like an airport), the occupier generally has insufficient control to claim it.

Therefore, if we find a wallet in a hospital waiting room or a parcel on a bus seat, the common law defining the finder’s rights may be subordinate to the owner, prior possessor, or owner or occupier of the land.  We will turn now to how the finder’s employer or the state can also have stronger claims to the thing found.

An off-duty police officer found a bag with money in a park, which is a public place, and turned it over to his employer.   It was held later that the bag and contents belonged to the police officer because it was not found during the course of his employment (Millas v. B.C. 1999 (BC Prov. Ct.)).

Lastly, the state can intervene and claim found things.  Historically, the state would intervene in cases where gold or silver was buried in the ground, but not lying on the ground (treasure trove principle).  If the state is the occupier, such as in national parks and coastal waters, the state holds the right to chattels found there. The state seldom claims this right unless the finding is of substantial value, such as an historic ship found in coastal waters.  Even then, the state typically pays rewards.

Finder’s Intent to Possess and Exclude Others

Finders’ intent must be clearly broadcasted to notify others of the property claim.  In Keron v Cashman 33 A 1055 (NJ 1896), a boy (Crawford) found a stocking while walking with his four friends.  While all five boys played with the stocking, it split open and money was found inside.  The court ruled that the money belonged to all five boys equally because Crawford failed to clearly show intent to exclude others.

Most finder disputes revolve around who found the thing and took its possession and whether someone else had possessory rights.  In the 1722 case of Armory v Delamirie (1722), 1 Str 505, 93 ER 664 (Eng) a chimney sweep found a ring and took it to a goldsmith for appraisal.  The rogue goldsmith removed the jewel from the setting and refused to return it to the chimney sweep.  The case went to court on the issue of who was the legal owner of the jewel.  The chimney sweep was the first to find it and thus had a higher right to ownership.  The finder has the right to lost property over all others except the true owner of that property.  Armory was awarded damages in the highest value amount for the jewel.

The finder must try to locate the true owner and care for the chattel in the interim because one is liable for the chattel until returned to its owner or prior possessor.  If the finder does not return the thing upon request of the owner, the finder may be liable in the tort of conversion and be ordered to pay damages.  No reward is owed to the finder and the finder cannot retain possession of the thing awaiting reward or for reimbursement of expenses.

Enacted in 2008, the Unclaimed Personal and Vested Property Act assists the public to find lost personal property in Alberta.  Unclaimed property is eventually deemed abandoned property where the apparent owner has not claimed the property.  Depending on the category of property, the recovery must be within as little as one year and as long as fifteen years (See the Regulations to this Act). General personal property becomes abandoned five years after the date on which the owner’s right to recover the property arises.

No reward is owed to the finder and the finder cannot retain possession of the thing awaiting reward or for reimbursement of expenses.

We have seen that the common law of lost and found protects the true owner.  Finders should make honest attempts to locate the true owner, take good care of the thing found and will acquire possession rights only when physical control and intent to exclude others are manifested.  Trespassing finders have limited legal rights.  Moreover, finders’ rights will be subordinated to the rights of occupiers, prior possessors, employers, and the state – all with applicable qualifications.

Returning to the Ontario “lost can of money” case we presented at the outset of this article: under the law, the can and its contents found by the boy would first be awarded to the original, true owner.  Since that owner was never found, the land owner is second in the line because the boy trespassed on private property to find it.  If the landowner does not make a claim, the can of money found belongs to the boy finder unless police can show the item or its ownership was illegal.  Chief Justice McRuer, in Bird v. Town of Fort Frances (1949), OR 292 awarded the money in the can to the boy because the true owner was not found and the boy’s trespassing had no criminal intent. Interestingly, the landowner did not claim it for fear of incurring costs should he lose.

“Lost and found” is such a well-known life experience that several aphorisms have sprung up around it.  We now know, for example, that “possession is nine-tenths of the law” is more legally accurate than “finders keepers – losers weepers.”

In a follow-up article, several interesting recent Canadian “lost and found” cases will be briefly profiled. Look for the article in early February, 2014.

Dušan Kuzma obtained his MBA at the Haskayne School of Business, University of Calgary, in Calgary, Alberta.