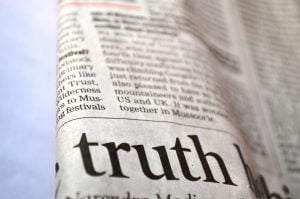 It’s not unusual for someone to come see me and have some misconceptions about how the law or the legal process works. Previous articles and columns in LawNow have addressed many of these misconceptions. In this article, I’ll address a few others.

1. I can trade “parental rights” for the obligation to pay child support.

Some parents suggest that the other parent give up their “parental rights” in exchange for not having to pay child support. By “parental rights”, they usually mean the rights, responsibilities and entitlements of guardianship and parenting time with the child. This exchange might seem practical in some cases, but it is not in line with the law.

A child has a right to benefit from child support regardless of their relationship with their parents. Even if the child does not have a relationship with one parent, or if that parent is no longer a guardian, the parent should still financially support the child based on the parent’s income.

And a child has the right to have a relationship with both of their parents, along as it is in their best interests and regardless of whether or not that parent pays child support.

Parents cannot bargain away their child support or purchase their relationships. Some parents agree to this. However, it’s very unlikely that a judge would enforce this kind of agreement.

For more information related to child support, see Part One and Part Two of LawNow’s “Brief Primer on Child Support”.

2. My child can decide where they want to live when they are 12 years old.

Often parents what to know when their child can decide which parent they want to live with. Many have heard that this happens when the child reaches the age of 12. Family lawyers often refer to this as the “Myth of 12”.

Children do not have the legal authority to decide where they live until they are adults.As children get older, they develop the ability to make better decisions for themselves. Parents start to give children more independence and decision-making powers in line with their level of maturity. In the same way, children’s views have more weight as they age. If they have strong views, a judge may want to know what those views are and what might be influencing those views. However, children don’t have the authority to make a final decision. Their views are only part of the assessment about what is in their best interests.

Some parents will choose to empower their children to make this decision. Most psychologists who work with children and parents will caution against this. If you empower your child to make the decision of where they live, they will likely feel empowered to make other major decisions. This erodes the important roles of parent and child. And this can often backfire against the parent who empowers their child in this way: if they can choose to live with you, they can also choose to not live with you when you do something they don’t like.

3. We have to be separated for one year before we can file for divorce.

In Canada, you are eligible for a divorce if there has been a “breakdown of your marriage”. There are three ways to show a breakdown:

The vast majority of people (95% in most recent data available) get divorced based on being separated for a year. Even in cases of adultery or abuse, many people find it simpler to use separation as the basis of the divorce.

“Living separate and apart” does not have to mean living in separate houses. Many people decide that they no longer want to live as a married couple but choose to live in the same house (for example, because of finances). However, it is important for the former couple to act in a way that is consistent with this intention to be separated. For example, they do not sleep together, they no longer combine finances and they do not do chores for each other, etc. As long as at least one of the spouses has decided and communicated that they want to live separately and follows through with their actions, the spouses are separated.

“Living separate and apart” does not have to mean living in separate houses.Often, settling a divorce involves more than just the divorce itself. It also involves settling parenting and support (the Divorce Act refers to this as “corollary relief”) and dividing property. You can deal with these other issues in the same court action. Many couples cannot wait for one year to address these other issues. So, you can start the divorce action and you can deal with these other issues on an interim (temporary) basis before you have been separated for one year. You can start the divorce process by filing a Statement of Claim for Divorce at any time after the separation has occurred. You will have to wait one year for the court to grant the Divorce Judgment and Certificate. You cannot remarry until you receive these documents.

Most divorces do not require going to court, as people are able to settle all the issue themselves. In these cases, filing a Statement of Claim for Divorce to get the Divorce Judgment and Certificate is straightforward and uncontentious.

4. If I don’t have a lawyer, I can’t talk to the other person’s lawyer.

Many people are unable to, and some people choose not to, hire a lawyer to help with their family law matters. We refer to people without lawyers as “self-represented”. They are their own lawyer.

… communicating with the other person’s lawyer can save time and money.Also, communicating with the other person’s lawyer can save time and money. For example, if a lawyer schedules a court application on a certain date, a self-represented opposing party should let the lawyer know in advance if they will be asking for an adjournment of the application. The lawyer may agree beforehand so that the application can be adjourned online or via letter to the court. In this case, both parties can avoid going to court on the originally scheduled day. If you don’t communicate in advance or try to work out an agreement and then you are not successful in court, the judge can award costs against you for failing to try to work things out.

The National Self-Represented Litigants Project has resources for self-represented litigants on its website.

5. I can call the police about any kind of family law dispute.

You should call the police if you believe a crime has been, or will be, committed or if you fear for your immediate safety. However, many people involved in family law disputes will call the police even when a crime is not being committed. This is usually not an effective use of police services.

For example, where parents are separated but don’t have a Parenting Order in place, the police cannot determine which parent should have parenting time at any given moment. The police do not have the power or training to make decisions about what parenting arrangement is in a child’s best interests. That task is left to the parents themselves, or a judge.

Another example: where a couple is fighting about who should live in the family home, the police cannot decide for them. That is, unless a crime has been, or will be, committed. In cases of reported family violence, the police may assist in separating the couple for a short period or a judge might order one person not to return to the home. However, in the absence of a crime, or suspected crime, both people have property rights to the home and the police do not have the power or training to make decisions about property division. Again, that task is left to the parents themselves, or a judge.

There are many misconceptions out there about the law and legal processes in family disputes. It’s best to turn to a lawyer for advice about your specific situation. Many lawyers offer consultations and ongoing coaching to clarify the law and process. Various legal clinics offer these services to low-income individuals. Online resources offer a varying level of accuracy – look for reliable sources such as Legal FAQs, LawCentral or other CPLEA resources.