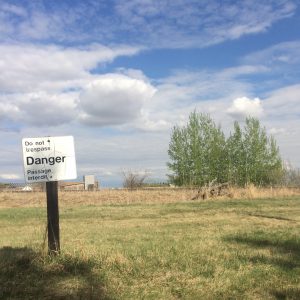 Rural crime is a problem in Alberta. In the city, if you have a security alarm on your home, you can realistically expect it to be effective. In the country, who is going to hear the alarm? How long will it take for a police response?

Before moving to an acreage, I (Dave) spent most of my life living in the core of Canadian cities. Crime was part of everyday life. I was never surprised to find my car broken into when I lived in the city. Not a week went by without some kind of theft, be it empty bottles or a freshly planted shrubbery. My solution was moving to the country, and it has worked for me.

I am a lucky acreage owner who has not had to deal with any property crime. Rural life has been wonderful for my family. However, many of my neighbours have had problems, and they are afraid.

The Alberta government recently made several announcements regarding rural crime and policing. First, it announced it will be increasing the number of RCMP officers serving rural Alberta. By 2024, there will be an additional 300 RCMP officers. Second, the government passed a series of amendments to Alberta’s trespassing laws aimed at discouraging rural crime.

When talking to rural Albertans about what they have done to prevent crime, there are a lot of ideas but no real solutions. One neighbour purchased a top of the line security system when they moved into their home. The security system did not prevent a thief from hooking up to their enclosed trailer and driving away with the owner’s tools and livelihood. Gates are broken, thieves smile at security cameras and nobody is close enough to hear the alarm. Big dogs seem to be the most effective deterrent.

In a video series, Crime Prevention Through Environmental Design, the RCMP tells rural Albertans how to prevent crime. Some tips from the video series include:

The RCMP tips focus on decreasing the likelihood that a thief will choose your property. Arguably, this does not prevent the crime, as much as move it down the road to the next house without motion-activated LED lights.

The RCMP website says to report suspicious activity to the local detachment. And wait?

The bottom line is, occupiers can be criminally responsible for their actions and sued by the trespasser for their injuries or death.Where the police cannot help, farmers and acreage owners are looking for solutions within their own communities. Another neighbour had their truck stolen from their garage while they were home. After this incident, an RCMP officer recommended that the community start a Facebook chat group to communicate. Now, every time a strange vehicle enters the community, someone is talking about it, taking pictures and writing down license plates. When another property was hit, the homeowner called the RCMP with the license plate of the truck as it drove off with their camper filled with gear. Not surprisingly, the stolen truck and the criminals were long gone before the police could arrive.

Another common thread of conversation among my neighbours is what actions can we take against trespassers? We have heard of the recent cases where farmers have taken action and themselves been subject to civil lawsuits (by the trespassers) or even criminal proceedings.

There are a few different laws in Alberta that address an occupier’s liability towards a trespasser and penalties for trespassing. Changes to these laws came into effect on December 5, 2019 but are retroactive to January 1, 2018. (Note: The term occupiers includes homeowners and renters.)

When can an occupier be liable for the injuries or death of a trespasser?

The bottom line is, occupiers can be criminally responsible for their actions and sued by the trespasser for their injuries or death.

The Occupier’s Liability Act sets out when an occupier is liable for people coming onto its premises. An occupier has different levels of liability towards visitors it allows onto its land, child trespassers and adult trespassers.

Where the trespasser is a child, the occupier has greater liability. The occupier must make sure the child will be reasonably safe from dangerous conditions or activities on the premises that could harm or kill the child. The child’s age and ability to appreciate the danger are taken into account, along with the occupier’s burden in removing the danger or protecting the child.

What are the penalties for trespassers?

Trespassers can be charged with various criminal offences under Canada’s Criminal Code. The sentences can range from fines to prison terms.

Alberta’s Petty Trespass Act and Trespass to Premises Act also create offences for entering a person’s land without permission. They also set out pretty steep fines for breaking these laws. The penalties depend on whether or not the trespasser had notice (oral or written) not to enter onto the land.

A person cannot enter onto land without the occupier’s permission if entry is prohibited with a notice, such as a “No Trespassing” sign or a verbal warning. A person must also leave the land immediately after being directed to do so by the occupier or some other authorized person, such as a security guard.

A person also cannot enter onto land without the occupier’s permission if entry is prohibited without notice. This includes land that is:

The penalties for contravening these provisions varies. For a first offence, the fine cannot exceed $10,000. For a second offence and all other offences on the same land, the fine cannot exceed $25,000. If a corporation helps or directs a person to commit the offence, the corporation can be fined up to $200,000. The government collects these fines. The victim does not get this money. Compensation of victims is restitution.

A person who trespasses despite a notice not to, or does not leave after being directed to, can also be sentenced to prison for up to 6 months.

In some cases, the person who suffered lost or damaged property can get restitution if a trespasser is caught, charged and convicted of an offence.

Where the trespasser is a child, the occupier has greater liability.If the trespasser is convicted of a serious criminal offence, victims can apply for a restitution order. This is a court order requiring the offender to pay out-of-pocket expenses directly related to the crime, including for damage, destruction or loss of property. However, restitution is only available for certain crimes. One such crime is robbery. Robbery means to steal using violence or threats of violence or using an offensive weapon (or imitation).

If the trespasser is convicted of a provincial offence, such as trespass under the Acts described above, the judge can order the offender to pay up to $100,000 to the victim. This is compensation for loss of or damage to property suffered by the victim as a result of the offence. There must be a way to determine the amount of the loss or damage. Previously the maximum amount of compensation was $25,000.

While these changes to the law are encouraging, enforcement is a concern. To fine or imprison a trespasser means to catch a trespasser. And to get restitution means the trespasser is convicted of an offence. From my experience, that does not happen a lot.

Dave Pettitt manages the Centre for Public Legal Education websites and has specialized in SEO and digital marketing for legal websites for over 20 years.