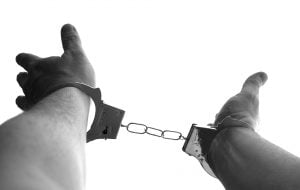 Since the turn of the century, there are many – too numerous to count – “important cases” in the field of criminal law. Some have dealt with procedure, some with the substantive law, and some with enhancing and protecting the basic rights of Canadians. However, as shall be seen, the case which I have selected as “the most important” deals with all these aspects. What makes this case important are the significant “ripple effects” we have experienced and continue to experience as a result of this ruling.

Before turning to this “most important” decision, however, I want to mention some of the “runners up”.

First on the list is the 2009 Supreme Court of Canada decision in R v Grant. In this case, the Court revisited the 1987 test for excluding evidence when the police or other state actors violate the rights of an accused person. The Court sought to reinvigorate, and clarify, the factors a judge should consider in making this decision. It directed judges to look at the nature of the rights-infringing conduct, and to decide whether this is state behavior which the court should tolerate or whether it is misconduct of a sort the court must clearly condemn and disassociate itself from. The decision reemphasized the importance of ensuring state actors respect the rights of the individuals with whom they are in contact.

Another is the 2012 decision in R v Ipeelee. In this case, the Supreme Court returned to the question of the proper sentencing of Aboriginal offenders in Canada. In 1999, the Court rendered a decision (the famous Gladue ruling) telling judges how to interpret and apply a Criminal Code provision requiring that the circumstances of Aboriginal offenders be taken into account in sentencing. The Criminal Code provision and Gladue were intended to reduce the over-representation of Aboriginal persons in our prisons. However, in the years after 1999, the rates of Indigenous imprisonment only increased. In Ipeelee the Court re-emphasized, and provided further direction to the lower courts, about when and how to take into account the background circumstances of both the individual offender and their community in general during sentencing. (Sadly, the imprisonment of Aboriginal persons in this country continues at the same, or higher, rates as before either of these rulings.)

A longer-term response to the Jordan decision has been to find ways to “streamline” the criminal court system.Finally, in 2015, the Supreme Court responded to the Harper Conservatives’ efforts to impose mandatory minimum sentences for many offences where none had existed previously. In the case of R v Nur, the Court struck down a mandatory minimum sentence for a gun crime, and in doing so explained how other, similar mandatory punishments might also be challenged. Lawyers across the country have gone on to use these principles to successfully challenge other mandatory minimums for other gun crimes, some sexual offences, and other penalties which do not allow judges to take proper account of the actual circumstances of the offence or the personal histories of the offender. The Court invoked these same principles to strike down laws making payment of victim surcharge penalties mandatory for every offender, regardless of their personal and financial circumstances and ability to pay.

The single case which, in the last 20 years, seems to me to have led to the most significant and wide-spread change is the 2016 Supreme Court of Canada decision in R v Jordan. In this case, the Court addressed and changed the principles which define the rights of Canadians to be tried without undue delay.

Barrett Jordan was involved in a drug trafficking operation in the lower mainland area of British Columbia. He and 9 other accused were arrested and charged in 2008. For various reasons, Jordan’s trial did not begin until September 2012 and did not end until early 2013. Total time from charge to conviction was over 49 months.

At the beginning of his trial, the accused made an application to end the prosecution due to the delay. He argued that his right “to be tried within a reasonable time” as guaranteed by section 11(b) of the Canadian Charter of Rights and Freedoms had been violated. The trial judge dismissed his application, and the Court of Appeal of British Columbia dismissed his appeal. Mr. Jordan appealed to the Supreme Court of Canada.

Until Jordan, this right had relatively flexible meaning. An accused who felt they had not been tried within a reasonable time would have to prove to a judge that:

In the months following the Jordan decision, Crown prosecutors abruptly halted hundreds of prosecutions across the country, allowing accused persons to walk away from charges without trials being held.The courts interpreted and applied this law by engaging in an assessment of which side was responsible for how much of the delay and whether that delay was acceptable and tolerable in the circumstances. Where an accused person could point to actual loss or damage, less delay was likely to be acceptable. On the other hand, if there was no form of real prejudice, the court would grant the Crown more leeway in the assessment of what was “reasonable” delay. The court also took into account other factors, such as the caseloads of the courts and prosecution services, court facilities, and the like. Because of the great variations in court workloads and resources, the right began to take on different meanings in different parts of Canada.

In its ruling, the Supreme Court overturned about 25 years of law concerning the right of Canadians to a “trial within a reasonable time” after being charged. The Court imposed fairly rigid deadlines for the completion of criminal prosecutions:

Where a file remains unresolved by these deadlines, the accused is entitled to apply to the court to halt the proceedings (formally called a “stay of proceedings”) as a remedy for the breach of their constitutional right.

In Jordan, the Supreme Court hoped to simplify and clarify the law. By fixing firm deadlines, the Court intended to avoid the rather inconsistent and overly flexible interpretations other courts across the country were giving this right. While some leeway to explain and justify delays past the 18- and 30-month deadlines continues to exist, the onus will usually fall on the state to justify and explain why a particular case has not concluded within those time frames.

While the ruling in Jordan addressed only the question of delay, the “ripple effect” – being the reaction of governments across the country – has been radical changes to our criminal justice system in ways we could not have foreseen. First, there have been some efforts to ensure all levels of court are properly staffed, with enough judges and court officials to operate as many courtrooms as possible as often as possible. As well, many provinces have invested in more Crown prosecutors and support staff in order to move cases forward at an appropriate rate. The changes also go much further than this.

The Court imposed fairly rigid deadlines for the completion of criminal prosecutions …In many jurisdictions across the country, the initial response of prosecution services was to “weed out” and end prosecutions for many more minor types of offences in order to be able to concentrate resources on more serious crimes and wrongdoing. Especially in the more populous jurisdictions, the prosecution services found themselves having to suddenly make some hard choices about what matters should move forward and what should not. In the months following the Jordan decision, Crown prosecutors abruptly halted hundreds of prosecutions across the country, allowing accused persons to walk away from charges without trials being held.

A longer-term response to the Jordan decision has been to find ways to “streamline” the criminal court system. One of the most significant changes is the abolition of Preliminary Inquiries in all but the most serious cases. Governments and victims groups have long complained that these pre-trial hearings (held to determine whether there is sufficient evidence to justify a trial – there almost always is – and to allow the parties to find out more about the case) delayed the proceedings and exposed complainants and witnesses to additional courtroom questioning. Whether Preliminary Inquiries actually delayed proceedings is a subject of heated debate. Nonetheless, the federal government listened to the various agencies and lobbyists who sought to abolish these proceedings. Using Jordan as an excuse, the government amended the Criminal Code to allow such hearings only where the punishment for the crime may be life imprisonment or imprisonment for up to 14 years. This amendment restricts Preliminary Inquiries to only the most serious cases: mainly, murder cases and the most serious sexual offence cases.

The federal government also enacted changes intended to address other sources and causes of delay. Minor breaches of release orders may now be dealt with by a means other than the prosecution of charges in court. As well, the rights of Canadians to jury trials – which usually take longer to schedule and consume more court and other state resources – have been curtailed. This keeps more prosecutions in the lower courts to be heard and decided by judges sitting without juries.

Whether or not these changes have ultimately improved the court system remains to be seen. However, there can be little doubt that of all of its decisions in the area of criminal law in the last 20 years, the Supreme Court of Canada’s ruling in Jordan is the most significant, with the most far-reaching effects of all.