In R. v. Candelaria, 2020 ONCJ 194, Justice Downes ruled, amidst the adjustments the courts have had to make due to the COVID-19 pandemic, that an accused cannot plead guilty via telephone. This means, according to Justice Downes, an accused can only enter a guilty plea in person or via video link during these unprecedented times.

In R. v. Candelaria, 2020 ONCJ 194, Justice Downes ruled … that an accused cannot plead guilty via telephone.At the time of the Candelaria judgment, the criminal courts nearly closed to all members of the public, including accused persons and their lawyers. Indeed, this was a frustrating but welcome adjustment the justice system was forced to make due to the real and probable threat of the COVID-19 virus. While the consequences of this virus on our planet and people are grave, its effect on the justice system has been a substantial push towards a more streamlined and modernized process.

As such, in an effort to keep justice moving forward and efficiently as much as possible, courts were allowing virtual court appearances to take place all over the province. Both by audio or video or both, accused in custody were given priority to resolve their matters— in the interest of justice and humanity. The justice system quickly adjusted to and accommodated this new world order. The court and counsel are flexible and open to new court practices and procedures. Surprisingly, however, Justice Downes seemingly thwarted the court’s newest accommodation: guilty plea by telephone. 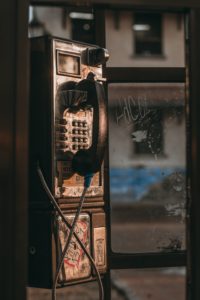 The accused, Mr. Candelaria, was in custody at the time of his anticipated guilty plea. He was requesting a sentence of time served, while the Crown was asking for some additional custody. Justice Downes held that not only did the courthouse he presides in have an “extremely limited capacity” to accept the plea by video link, but that a self-represented accused such as Mr. Candelaria could not plead guilty via telephone. According to His Honour, this was in accordance with the Criminal Code. While His Honour very briefly addressed the injustice that befell Mr. Candelaria, the focus of his ruling was seemingly on applying pressure to the Court and the jail systems to facilitate more sustained video link appearances for the accused. This judgment meant that, while Justice Downes hoped the courts and jail would take his advice seriously and implement more accommodations quickly, Mr. Candelaria would have to wait in custody indefinitely while this was done or until the court could accommodate his video plea.

Thankfully, Justice Monohan, presiding in a different jurisdiction and city, disagreed with this ruling. In R. v. Daley, 2020 ONCJ 201, Justice Monohan echoed the comments of Justice Downes about the limited capacity for the jail and courts to accommodate a video link plea. Mr. Daley, like Mr. Candelaria, was in custody. Justice Monohan specifically cites the Candelaria decision and respectfully disagrees with Justice Downes. He finds that the Criminal Code does permit the court to hear a guilty plea via audio conference only, if necessary. He further finds that there is no express prohibition in the Criminal Code of audio teleconference pleas, in direct contrast to the decision by Justice Downes. Justice Monohan expressed clearly the chaotic and intense ramifications that accused persons would be subject to if the Candelaria decision was followed:

If section 650 and 715.23 [of the Criminal Code] were to be interpreted so narrowly as to only permit pleas by video and prohibit a plea by audioconference, then accused persons would not just find themselves in jail. They would find themselves in jail in something akin to a Franz Kafka novel. Take a person in a time served situation (not necessarily Mr. Daley’s situation). Prisoners are no longer being brought to court during the worldwide pandemic. All plea and bail hearings across the Province previously done in person are now being done only by audio and video. However, most courts and correctional institutions have little videoconference capacity.  Audioconferencing is more readily available. For example, I conducted the plea and sentencing in this case from my office telephone. There was no need for a courtroom or a correctional facility with video capabilities, just a telephone and a conference call number. If a narrow interpretation of subsection 650(2)(b) and section 715.23 were to prevail excluding a plea by audioconference, an accused person in a time served situation who wishes to plead guilty by audioconference would be told that they have to serve more time. They would have to “get in line” and wait for a videoconferencing option or time slot to materialize. They would have to do this in a context where courts and jails across the Province are seeking to do what they have never done before namely have all prisoners appear remotely for substantive hearings. To give a pop culture analogy, if a person in a time served situation could only plead guilty by video, they would find themselves in something like the Hotel California, they can check in, but they can’t leave. That is to say, if pleas had to be done by video only, cases would no doubt arise whereby people in a time served situation would be unable to plead and be sentenced and released in a timely way even when they have served all or more of the sentence they will ultimately receive.

Bravo, and well said Your Honour.

… Justice Monohan, presiding in a different jurisdiction and city, disagreed with this ruling.However, because the Candelaria and Daley decision both originate from the same level of court – the Ontario Court of Justice – they apply equally to other cases and jurisdictions. Unless a higher court, or a directive from the judiciary or government, mandates with certainty whether audio pleas are in fact allowed, the courts are free to choose what is and isn’t lawful by following either decision.

That all being said, both cases focus on the interests of justice at hand, and on the rights of the accused persons, especially those whom are most vulnerable because of incarceration. Both jurists note candidly the limited capacity of video conferencing availability in their courthouses and the difficulties each jurisdiction routinely faces with the correctional facilities. Thus, while the courts and counsel have been forced to adapt, so too must the correctional facilities who house the very individuals subject to the court proceedings. And these individuals are presumed innocent until found guilty. While these facilities have made a consorted effort to accommodate as rapidly as possible, both the Candelaria and Daley decisions make clear that these efforts are not completely adequate. But if an archaic, pen-and-paper justice system can quickly adapt during these unprecedented times (albeit with a few bumps along the way), then so can they— and they must. The accused person ought to be as present as possible during their court proceedings with respect to accepting responsibility for their actions in open court.

Melody is a criminal defence lawyer with the firm Caramanna Friedberg LLP, located in Toronto, Ontario.