A Website of The Centre for Public Legal Education Alberta
You are here: Home / Feature Articles / 37-2: Elections and the Law / Democracy After Post-Conflict Elections: Are we there yet?

“The election went reasonably well, millions voted, not too many died and the fraud was mostly detected and removed. But the elected members sit in a chaotic and dysfunctional assembly, concerned mainly to gain personal power and caring little for those whom they represent. As a result the president governs as he wishes.”

This imaginary comment could describe several recent elections. Perhaps it overstates the situation in many cases but the outcome of many recent post-conflict elections, supported at great expense by international donors, is far from satisfactory. Unfortunately, it is not uncommon for an election to weave a thin veil of validity and integrity over an undeserving victor. What is wrong? Is it caused by the law, the wider election process, or is it a factor outside the election?

What approach to post-election review should be taken, and should it relate to the process or to reviewing the effectiveness of laws generally? This is sometimes simply represented as “law reform”. But what is meant by law reform? If a review process only examines the text of the law itself, it may conclude that the law clearly describes an appropriate system, maybe with some small adjustments, but the real solution to the poor outcome may be elsewhere. 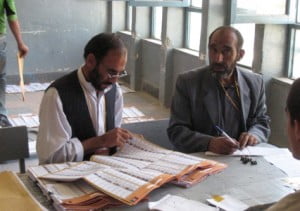 In the case of elections, culture and recent history affect voters’ attitudes to authority and to their own place in the world. Poor infrastructure results in low levels of literacy, which impedes education about governance and elections. These factors significantly affect voting choices. Clearly, a wider view is necessary.

This can be extrapolated to other areas of law. Legislatures and governments regularly seek the views of the legal profession on the adjustment of existing laws. The creation of new laws and the views of the profession are particularly valuable when they are truly non-partisan. In this, it is important to attach the wide angle lens. A lawyer may well sometimes wonder whether a law is really serving the purpose for which it was designed, and may have the opportunity to be part of a process of review.

This process should not be structured on the assumption that the wording of the law is the problem. It must be approached as a form of problem-solving, where the classical start point is a careful analysis of what the problem really is. It may be that a change in the law is not the solution, and the apparent failure of a law to achieve its purpose may really lie in external factors. The law may not be the main cause of the failure.

In reviewing elections, the use of a wide angle perspective is essential to find out why democracy in post-conflict states is not evolving as we had hoped. A review is usually carried out soon after an election, while experience is fresh, and will generally cover the technical efficiency and accuracy of the process. This should be supplemented by a wider consideration at a later stage, which can address the broader question of whether the outcome served the citizens, followed the principles of the constitution and moved the state closer to justice, peace and prosperity. If not, why not? The social and political environment, for example may be the cause of problems. Elections are dramatic events, the one day every four or five years when the people can decide on their government for the next few years. They are presented by the media as dramatic and newsworthy events. Of course, this is true. Elections present elements of triumph and tragedy, integrity and corruption, public service and public exploitation. However, in most cases, the United States election being a notable exception, the media pay attention for only one day – or maybe a few days if the outcome is in doubt or if the process is marred by violence or fraud.

An election is only one small step in the progress from conflict to peace, justice and prosperity. An election that is well run, free and fair can nevertheless produce a dysfunctional parliament and a non-accountable government.

A frequent question is whether we offer post-conflict states some form of democracy too soon after the end of conflict, even if it is applied by a process of their choosing. Would a few years of benign administration be better? There are two problems with this.

Firstly, the body most likely to undertake this, the United Nations, has a cumbersome administration and, partly because of its veto system, has limits on its own internal democracy and its ability to decide and act.

Secondly, the citizens of the newly freed state are usually impatient for the chance to vote. It is dramatic and symbolic. Even when the institution structures of government are new and frail and the conditions for a good outcome are far away, citizens demand an early right to vote. Sadly, this enthusiasm is often based on an assumption that “we will win!” However, the reality is that quite a large percentage will not win. They must consider this before the election, consider that they may lose and that, in the public interest, they must accept the result. 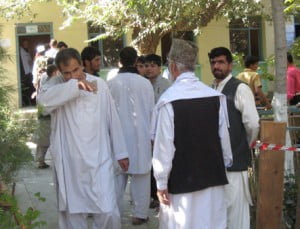 This is particularly hard in countries where voters believe they are choosing a protector, not a representative. As well as anticipating the benefits of being supporters of the winner, they fear the consequences of being seen as supporters of a loser. In a developed country, the proportion of the voters who are very significantly impacted by the result of an election is very small. In post-conflict states, the consequences of supporting the wrong side may be serious and may apply to nearly half the population. It will probably take decades, not years, to reach the stage where elections are about choosing the best socio-economic policy for the general health of the state and not a knife-edge decision for the voter between benefit and poverty, security and terror. Can this process be accelerated? Nations differ widely. Iraq, with a high level of education and good infrastructure, has made some progress since its first elections despite insurgency and instability in the region. There has been an election with some changes in government – always a good sign. Afghanistan, with about the lowest literacy rate in the world and extremely weak infrastructure, has not.

Post-election problems such as a dysfunctional parliament may be addressed by training for individual members, and can be improved by a strong party system. Of course, the need for party discipline has to be balanced with members’ local interests, but this happens everywhere. There is also a tendency for a party to place its interest above the national interest. This is not restricted to developing nations.

Election process factors of universal access, efficient training and logistics are management issues for the election administration. Security is an administrative issue for local and international military and police. Personal intimidation may be reduced by education because it gives the individuals and the community a better understanding of the process, a sense of personal and collective right, and greater confidence in the secrecy of the ballot.

Some issues can be partly addressed by legislation, such as the overwhelming effect of media control. Legislation can require some measure of equality of media access for candidates. Partly tied to this is political campaign finance. Money can destroy equality in an election and some legislative control is necessary to give transparency and limits on contribution and expenditure.

An early and continuing civic education program is of enormous value in increasing awareness of the purpose of the election and its various stages and can prevent the most deadly election disease – apathy.

Both before and after elections, an international advisory team will usually work to support elements of local civil society to promote:

Clearly, this cannot be left to political parties alone. They often help significantly, but are generally and understandably partisan to the core.

Civic education programs can be run even in near-war situations. Before the 2010 Afghan parliamentary elections one NGO partnership managed to arrange 3,500 “town hall” meetings that were mostly free of both physical and political intimidation.

It has been found that well-developed school curriculum materials delivering civic education on the general issues of governance can be very effective. Teachers are generally highly respected in most societies and teenagers can be better learners than their parents. Even in areas like Afghanistan and Iraq, students who were not even of voting age were surprisingly effective in passing ideas to their parents and wider family. This was effective even in areas where town hall meetings were poorly attended or interrupted by party agents or insurgents; another result of the wider view.

Many areas of law are reviewed for their effectiveness in fulfilling their purpose. As with elections, the remedy may lie outside the law itself. Those who think outside the box to identify a way to make things work better may make a great contribution.

Michael Clegg was Parliamentary Counsel to the Alberta Legislature and Legal Advisor to the Alberta Chief Electoral Officer. He has worked for both the Canadian House of Commons and the Senate as a legislative drafter and committee counsel. More recently, he has worked for the UN and the International Foundation for Electoral Systems in post-conflict states including Namibia, Bolivia, Iraq, Lebanon, East Timor, Afghanistan, Kyrgyzstan, Liberia, Yemen and Cambodia.