A Website of The Centre for Public Legal Education Alberta
You are here: Home / Feature Articles / 37-2: Elections and the Law / Electoral Finance Rules at Home and Around the World
Reading Time: 5 minutes 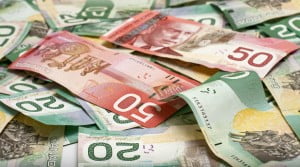 Is there a link between the level of political freedom and how the financing and expenditures of political campaigns are regulated? Does the provision of public funding for a portion of a political campaign enhance political freedom or undermine it? These questions and others were examined in an international report about electoral finance laws and regulations from 180 countries that was released earlier this year. Titled Political Finance Regulations Around the World, the report was commissioned by the International Institute for Democracy and Electoral Assistance (IDEA), a non-partisan, inter-governmental organization headquartered in Stockholm, Sweden with offices throughout Africa, Asia and South America. There are currently 27 member-states, including Canada. The organization’s mandate is to promote and support democratic initiatives and reform through greater accountability, better governance and more inclusive participation among voters around the world.

The IDEA has maintained an international database of electoral financing regulations since 2003, when the first study was undertaken. However, the scope of the original database was much narrower than this latest project, covering just over 100 countries and excluding those countries classified as not free in accordance with the criteria used by Freedom House, which measures, among other things, the level of press freedom, freedom of speech and whether there are multiple political parties in a given country.

However, further investigation by IDEA researchers revealed that electoral financing rules are sometimes as common in not free countries as others, so that lower levels of political freedom are not necessarily related to less regulation of electoral finances. So, the more recent IDEA survey included dozens of additional countries (180 countries in total). A country was defined to include only member-states of the United Nations but excluded any countries that had banned political parties, prohibited parties from registering candidates in elections or where elections had not been held in at least 30 years. This dubious who’s who list was comprised of Brunei, China, Cuba, Eritrea, Kuwait, Laos, North Korea, Oman, Qatar, Saudi Arabia, Somalia, the United Arab Emirates and Vietnam.

The response rate was fairly good overall. By the end of 2011, when it was time for the researchers to collate the responses and start to put together the database and subsequent report, most of the questions had been answered. Less than five questions remained unanswered spread among a total of 142 countries. In compiling their data, the researchers relied mainly on the electoral finance legislation in each country. If a country did not have such legislation, then the researchers looked to election reports or political analyses from election management officials, academics, or independent observers from the UN or non-governmental organization (NGO) bodies.

The IDEA database is not a static pool of data. Rather, it will be updated and expanded as new information becomes available. Like some kind of Wikipedia for election financing regulations and democratic reform, the IDEA database can be updated by its users. They are encouraged to correct information and provide updates as various pieces of electoral legislation are amended and/or improvements are made to the electoral processes in those Tier 2 and Tier 3 countries (as designated by the Freedom House assessment criteria); i.e. less free countries that are improving in terms of democratic institutions, accountability and transparency.

In the Canadian context, a Calgary-based NGO called the Foundation for Democratic Advancement (FDA) has done an audit of the electoral financing laws of Canada’s ten provinces and released its report on April 10, 2012. The FDA is a non-partisan agency that promotes democratic reforms through strengthening the democratic process and advocating for better, transparent governance in civil societies around the world. The report, titled 2012 Foundation for Democratic Advancement Global Electoral Finance Audit of Canada’s 10 Provinces, is based on FDA’s examination of the various provincial acts that address how elections are financed. The legislation was then audited and analyzed through the lenses of fundamental democratic principles such as neutrality of the legislation, level of political freedom, equity and accountability. Throughout the audit and assessment process, the FDA had at least five experienced auditors to examine the data.

The FDA audit found excellent electoral financing regulations in both Quebec and Manitoba, very good legislation in Nova Scotia, acceptable legislation in New Brunswick, gave a pass to Ontario and Newfoundland, but gave failing grades to Alberta, British Columbia, Saskatchewan and Prince Edward Island. The FDA report described the failed electoral finance legislation as “systemically corrupt by favouring minority or special interests over the interests of the people.” The chief points of legislative deficiency were:

In its assessment of Alberta’s Election Finances and Contributions Act, the FDA identified some positive elements in common with the legislation of other provinces; for example, no political party or candidate can accept donations without being registered and contributions from corporations and trade unions located outside the province are prohibited. However, on the whole, the legislation was deemed lacking in other key areas. For one thing, it identified as problematic the fact that there are no expense limits for candidates or political parties. This gives an unfair advantage for candidates and parties which are able to tap into larger corporate donations and outspend their rivals in terms of, for example, advertising. Contrast this situation with the federal electoral financing regime which has candidate expense limits for each federal riding based on location and population size, and limits expenses for political parties based on the number of candidates each party fields.

Then, there is the matter of penalties for violations of the legislation. There is no provision for jail time for violations of the Election Finances and Contributions Act, only maximum fines of $10,000 for registered political parties, corporations and trade unions, and maximum fines of $1,000 for registered candidates, constituency associations and individual donors. In the assessment of the FDA, these maximum fines are too low to have any real deterrent effect and indeed, by default, favour the wealthier segments in society. The FDA goes so far as to describe the provisions of the Act as encouraging “systemic corruption” that “favour minority interests over the interests of the people as a whole.”

Chumir Foundation Senior Policy Analyst Heather MacIntosh also saw problems with Alberta’s electoral financing legislation, saying “we need limits on contributions as well as spending. Democracy is best served when the playing field is as level as possible. We need to give voters relative parity so that they may fully exercise their democratic options.” She saw a trend toward reform of the legislation, with two areas of particular interest being a move away from trade union and corporate donations, and lower limits on both the amounts of individual donations and the amounts of expenditures.

In conclusion, axiomatic though it may be that political campaigns run on money like vehicles run on fuel, rules are necessary to ensure transparency, accountability and to prevent the electoral process from being skewed by powerful special interests. This will ensure true choice for voters and a maximum opportunity for ideas to best circulate among the electorate.

Brian Seaman has been a past contributor to LawNow Magazine. He is a freelance writer and legal researcher.