It is an outcome that is anchored in parliamentary intention, statutory language, arbitral jurisprudence, and labour relations practice. To decide otherwise would fundamentally undermine Parliament’s remedial purpose. 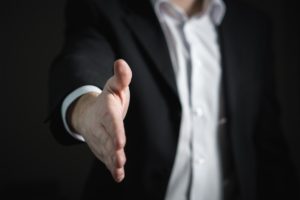 Employment security is something every worker is concerned about, especially during a pandemic. It is generally accepted that unionized workers enjoy more security than their non-unionized counterparts do. And public sector workers are better protected than private sector workers are.

Most of these federally regulated employees are unionized. But some workers in banks, telecommunications companies, airlines, Crown corporations and other federally controlled employers are non-unionized. In 1978, Parliament amended Part III of the Canada Labour Code to add ss. 240 to 246 about “unjust dismissal.” These amendments granted unionized federal workers the right to written reasons for dismissal and to complain to an adjudicator if they believe they have been dismissed without just cause. This is an expansion of their collective agreement rights. An adjudicator finding the dismissal unjust can order the worker reinstated or compensated.

In 2005, Joseph Wilson began work as a Senior Buyer/Order Administrator for Atomic Energy Canada Limited (AECL), a federally regulated Crown corporation. He was dismissed after more than four years of employment despite having a clean disciplinary record. He claimed he was dismissed because he blew the whistle on improper procurement practices at the company. Mr. Wilson’s employer dismissed him without cause and gave him a large severance package. The employer was of the view that it could terminate Wilson at any time without cause since he “was provided a generous severance package that well exceeded the statutory requirements” and was not protected by a collective agreement.

The unjust dismissal scheme in the Canada Labour Code ensures federal non-unionized employees cannot be dismissed without cause.The adjudicator ruled that AECL could not dismiss Wilson with severance payments alone.

In the Supreme Court of Canada

Six of the Supreme Court judges concluded that the adjudicator was reasonable (indeed, correct) in his interpretation of the 1978 Code amendments. They said the unfair dismissal process intended to provide these workers with a method of challenging their dismissals, because battling their employers in courts was very costly and burdensome.

They referred to the Parliamentary intent expressed by the then Minister of Labour Munro when he originally introduced the amendments. Munro said the provisions would provide unorganized workers with some of the “minimum standards” in collective agreements given to organized workers. He added:

The intent of this provision is to provide employees not represented by a union, including managers and professionals, with the right to appeal against arbitrary dismissal – protection the government believes to be a fundamental right of workers and already a part of all collective agreements.

The three dissenting judges noted: “a dismissal is not per se unjust, so long as adequate notice is provided.” They viewed the majority interpretation as an “absurdity,” ensuring “two identical classes” of employees [non-unionized public and private sector] will be handled differently “based on an arbitrary or irrational distinction.” They said Parliament did not mean to change the relationship between these employees and employers “simply by adding the unjust dismissal procedure to the Code.” There is no definition of an “unjust dismissal” in the Code.

In 1978, Parliament amended Part III of the Canada Labour Code to add ss. 240 to 246 about “unjust dismissal.”The dissenting judges referred to provincial schemes that answer this question and “they have done so expressly . . . had Parliament intended to prohibit without cause dismissals, it would have done so by using such clear and unambiguous language.”

Federally regulated employers must show good cause to dismiss employees. These employees may also have the right to progressive discipline before being dismissed.

Under section 240(1), this protection is available only to those who have worked at least 12 consecutive months and if they are dismissed for reasons other than lack of work or restructuring.

The case represents a big win for employee rights in Canada and a challenge for federal employers who seek to reduce their workforces. It continues a recent trend of the Supreme Court strengthening labour rights of workers to unionize and strike.

Curtis Birch-Lucas is a recent graduate of the Master of Management program at the Haskayne School of Business, University of Calgary.