What is the most important environmental law case in Canada since the turn of the century? Twenty years is a long time in Canadian environmental law, given that this area of law has only existed as a ‘thing’ for a little more than twice that length of time.

One well-reasoned view is that choosing such a case is an impossible task because courts routinely sidestep the important environmental issues, seeing them as primarily political rather than legal matters. (See the analysis by Professor Shaun Fluker from the University of Calgary in a piece he wrote for ABlawg in 2010 titled “The Nothing that is: The leading environmental law case of the past decade”.) 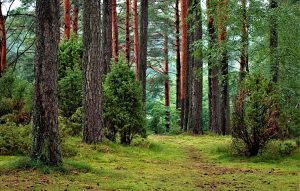 The subject matter of environmental law is vast, complex and varied. Over the past twenty years, cases have been decided by all levels of courts and by an assortment of administrative tribunals. The subject matters of these decisions include:

Cases that are not even about the environment can have a big impact on environmental law. One such case that was suggested to me is a very recently published decision of the Supreme Court of Canada which provides a revised framework for determining the appropriate standard (correctness or reasonableness) courts are to apply when reviewing decisions made by Canadian administrative tribunals (Canada (Minister of Citizenship and Immigration) v. Vavilov, 2019 SCC 65). Administrative boards routinely make decisions about environmental regulation. Accordingly, changes to the principles that courts must use when reviewing those decisions will have a broad impact.

The case provided a framework to be used for consultation where claims for Aboriginal rights and title had been made but not yet decided.In the end, choosing the most important case might be like trying to choose the best band from the last twenty years. You could reasonably take the view that there were no good bands so therefore there can be no best band. Or you say that you need better guidelines as to what would make one band better than another. Or you could say you can only pick the best band from each different category of music.

Or you could say (as I am about to do) that ‘most important’ is probably an impossible standard and the best you could hope to say is just ‘significant’. And there are many worthy candidates for significant cases. But since it is my column and I make the rules, I get to pick one!

In my view, a significant case – an important case possibly (but not necessarily definitely) the most important environmental law case decided in the past twenty years – is Haida Nation v. British Columbia (Minister of Forests), 2004 SCC 73.

The facts of the case are not complicated. The government of British Columbia holds legal title to the islands of Haida Gwaii (the Queen Charlotte Islands) and issues licences to timber companies to harvest trees on those islands. The people of Haida Nation claim legal title to the islands of Haida Gwaii and the waters surrounding the islands (this claim is ongoing). Timber companies had already heavily logged the forests, which are central to the Haida people’s identity and culture. The Haida Nation objected to the government issuing or transferring the timber licenses and to the further harvesting of timber on the lands. Their claim for legal title was complex and the court had not yet heard it. Their fear was that by the time the court decided the title issue, all the trees would have been cut down. Once old growth forests are cut down, argued the Haida Nation, they could never be replaced.

The question before the Supreme Court of Canada was:

In this situation, what duty if any does the government owe the Haida people? More concretely, is the government required to consult with them about decisions to harvest the forests and to accommodate their concerns about what if any forest in [the area for which the licence had issued] should be harvested before they have proven their title to land and their Aboriginal rights? (at paragraph 6).

The Haida Nation case was not the beginning nor the end of the story of the development of the extent of the Crown’s duty to consult.Although the decision used principles developed in earlier cases, the Court said this was the first time a court had considered this specific question. The case provided a framework to be used for consultation where claims for Aboriginal rights and title had been made but not yet decided. The Court ruled that indeed the government did have a legal duty to consult with the Haida people about the issuing or transferring of timber licences. The Court also decided that:

Where did this duty come from? Relying on earlier cases (including Badger, Marshall and Delgamuukw, all cited in the Haida Nation decision between paragraphs 21 and 24), the Court said it comes from the ‘honour of the Crown’.

The Court states at paragraph 25:

Put simply, Canada’s Aboriginal peoples were here when Europeans came, and were never conquered. Many bands reconciled their claims with the sovereignty of the Crown through negotiated treaties. Others, notably in British Columbia, have yet to do so. The potential rights embedded in these claims are protected by s. 35 of the Constitution Act, 1982. The honour of the Crown requires that these rights be determined, recognized and respected. This, in turn, requires the Crown, acting honourably, to participate in processes of negotiation. While this process continues, the honour of the Crown may require it to consult and, where indicated, accommodate Aboriginal interests.

The Haida Nation case was not the beginning nor the end of the story of the development of the extent of the Crown’s duty to consult. The case has been cited hundreds of times. It is an important backdrop to cases on what it takes to prove Aboriginal title, such as Tsilhqot’in Nation v. British Columbia, 2014 SCC 44. Haida Nation establishes that the Crown’s duty to consult arises as soon as the Crown has “knowledge, real or constructive, of the potential existence of the Aboriginal right or title and contemplates conduct that might adversely affect it” (paragraph 35). But the details of what that actually means on the ground – what the Crown actually has to do to carry out its duties – have not been clear and are still being clarified by court decisions. The duties will be different in every case.

The lack of clarity around the extent of the duties, and how they are to be properly performed, received national attention when the Federal Court of Appeal quashed the federal approval of the expansion of the Trans Mountain pipeline in Tsleil-Waututh Nation v. Canada (Attorney General), 2018 FCA 153. One of the reasons for the decision was that the government had failed to consult meaningfully and address the real concerns of the affected Indigenous groups. On the negative side, the case has fueled western alienation. On the positive side, hopefully the Tsleil-Waututh Nation decision has shifted how government and industry work with Indigenous groups when planning large projects impacting the environment. More and more it is becoming apparent that Indigenous groups must be seen as full partners who must actually consent to any impact on their lands and rights.