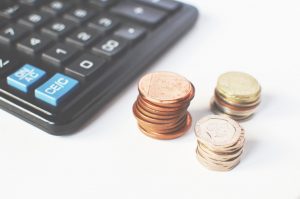 I was not short of choices when LawNow asked me to write about one of the most important family law cases in the last twenty years. After consulting with Sarah Dargatz, my fellow columnist on family law issues, I decided to talk about DBS v SRG, a critical 2006 decision of the Supreme Court of Canada on the law relating to retroactive child support claims.

While most court orders take effect – begin to work, that is – only at the moment a judge makes them, a retroactive order is meant to take effect at some point in the past. Child support is money paid after separation by one parent to the other as a contribution toward the day-to-day costs of raising a child. A retroactive child support claim, therefore, is an application seeking an order for the payment of child support starting at a date earlier than the date the order is made, sometimes long before the date the application for support is delivered.

Before DBS, the law in this area had become confused, with some judges saying one thing and others saying another. This made it very hard to predict the outcome of an application for retroactive child support. Two of the key functions the Supreme Court of Canada serves is correcting the law when conflicting lines of cases emerge and clarifying the legal tests that apply to a problem. These functions are the real importance of DBS.

Personally, I really enjoy decisions like DBS because they give the court the important opportunity to talk about the principles and theories that underlie the framework of family law in Canada. To really understand family law, you need to understand its philosophical foundations. Why and when can retroactive child support orders be made? That is the question DBS answers.

In fact, DBS wasn’t just one case but four. It, and the other three – LJW v TAR, Henry v Henry and Hiemstra v Hiemstra – came from the Alberta Court of Appeal. All concerned claims for retroactive child support, some of which were successful at trial, others not. Some cases involved unmarried parents who had applied for support under provincial law, some were married and applied under the federal Divorce Act. In all four cases, the parent receiving child support had failed to apply to increase the amount of child support payable as quickly as they should have. This meant their children went without the level of support to which they were entitled as a result. The different circumstances behind each of the four cases allowed the Supreme Court of Canada to develop a single analysis of retroactive child support and play those principles out against the facts of each case.

A retroactive child support claim … is an application seeking an order for the payment of child support starting at a date earlier than the date the order is made …The Court’s reasoning, in the majority decision written by Justice Bastarache, is surprisingly easy to follow. First, Justice Bastarache said that the mere fact of being a parent creates both moral and legal obligations. The legal obligations include financially supporting the child, a duty that arises when the child is born. Secondly, the right to child support belongs to the child, not to the parent who receives it. This right survives the breakdown of the relationship between the child’s parents.

Fourthly, and most importantly, because the Guidelines link the amount of child support payable to the income of the payor, the amount of support owing changes as the payor’s income changes. The court can’t make orders about child support until someone applies for a support order. However, where a duty to pay child support wasn’t met, or fully met, before the application, the court may decide to enforce that unmet obligation through a retroactive support order.

When applications are made

Each situation has its own considerations.

When there is already an order in place, payors need to know that they are meeting their duty by paying the amount of support the order says needs to be paid. However, Justice Bastarache, who wrote the majority decision, said that “parents should not have the impression that child support orders are set in stone.” Parents must understand that support orders are “based upon a specific snapshot of circumstances which existed at the time the order was made.” Those circumstances may change down the road. Retroactive support orders address deficiencies in the original order that arose as the payor’s income changed and the amount of support being paid didn’t.

… the right to child support belongs to the child, not to the parent who receives it.When there is an agreement in place, things are a bit different. Justice Bastarache said the courts should generally respect the parents’ right to settle their legal issues. However, payors cannot have the same certainty that they are meeting their duty by paying the amount the agreement says needs to be paid. “A payor parent who adheres to a separation agreement that has not been endorsed by a court should not have the same expectation” that they are fulfilling their legal obligations as does “a payor parent acting pursuant to a court order.”

When there is no order and no agreement, however, the court is much more likely to make a retroactive order. Justice Bastarache said that it is “unreasonable for the non-custodial parent to believe (s)he was acquitting him/herself of his/her obligations towards his/her children” in not paying, or in underpaying, child support.

Justice Bastarache wrote that there are four factors a court should consider when asked to make a retroactive child support order:

Of these four factors, probably the most important is the payor’s behaviour with respect to their support obligation, particularly if the payor’s behaviour was “blameworthy.” Justice Bastarache said that blameworthy behaviour is “anything that privileges the payor parent’s own interests” over “the children’s right to an appropriate amount of support.” Examples of blameworthy behaviour include the payor concealing changes in their income, intimidating the recipient into not applying for child support, and misleading the recipient into thinking they are meeting their obligation. However, Justice Bastarache also wrote that:

No level of blameworthy behaviour by payor parents should be encouraged. Even where a payor parent does nothing active to avoid his/her obligations, (s)he might still be acting in a blameworthy manner if (s)he consciously chooses to ignore them. Put simply, a payor parent who knowingly avoids or diminishes his/her support obligation to his/her children should not be allowed to profit from such conduct.

When retroactive orders can start

The last and most important part of DBS is about how far back a retroactive child support order can go. Justice Bastarache said that the usual starting date should be the date the payor has “effective notice” of the recipient’s intention to seek child support or adjust the amount of support being paid. Effective notice is “any indication by the recipient parent that child support should be paid, or if it already is, that the current amount of child support needs to be re-negotiated … all that is required is that the topic be broached.” Once notice is given, the payor can no longer assume that the existing situation is fair.

If there is a lesson to be drawn from DBS for payors, it is this. The Child Support Guidelines allow recipients to ask for your income information once every year. Whether the recipient asks for this information or not, you should provide it. You should also voluntarily adjust the amount you’re paying to match any increases in your income. If you don’t do these things, you risk the court deciding that your conduct has been blameworthy and making a retroactive award.

The lessons for recipients are also important. Ask the payor for the financial information you are entitled to once each year. If the amount being paid is less than what should be paid, bring it up with the payor. Don’t drag your feet. Keep receipts for what you’re spending on the children, and make a record of anything that you can’t buy for the kids when you suspect the payor is paying less child support than they should.